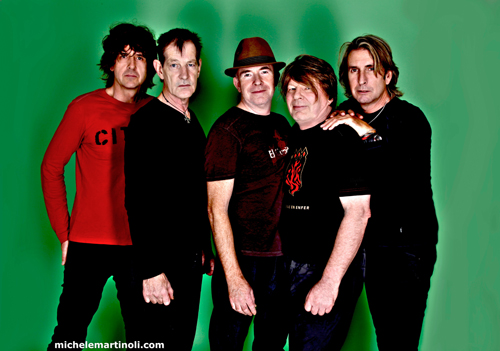 Neither massively popular nor photogenic as their British contemporaries such as Duran Duran and Culture Club, the Fixx nevertheless made their mark during the ‘80s with some memorable songs from the synthpop era. In fact, I didn’t realize until recently listening to The Ultimate Collection, a 1999 compilation of their music, how many terrific songs they have in their catalogue—among them “One Things Leads to Another,” “Stand or Fall,” “Saved By Zero,” “Deeper and Deeper,” “Red Skies,” and my own personal favorite “Secret Separation.” Old fans, and maybe even some new ones, will get a taste of the Fixx’s synthy-steeze on Sunday when the band comes to Williamsburg’s Knitting Factory.


The sound of the Fixx–whose first album, Shuttered Room, came out exactly 30 years ago–can be characterized by Cy Curnin’s distinctive chilly yet angsty vocals and the atmospheric guitar work of Jamie West-Oram. While the song lyrics convey a futuristic and cerebral sensibility, the music is also very catchy and has enough mainstream appeal for pop radio and the MTV crowd.

These days, the Fixx aren’t cashing in on nostalgia–they’re making new music. The band will release their tenth album, Beautiful Friction, this year. As they says about the new record on their website: “It seems we’ve all ground to a bit of a halt with so much unrest, the Occupy movement, debt, war and more. We ultimately see the album as positive, eager for the dawn of a new era, the possibility to change the way we see the world and to view it with more optimism. That’s why we called it Beautiful Friction–the times we live in are tough, but there’s a beauty in that. There’s a hope.”