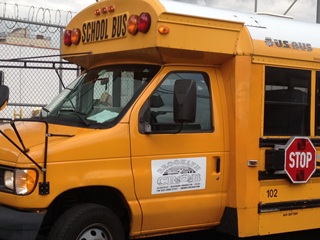 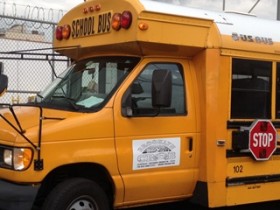 We just heard that Brooklyn Crab, the long awaited Red Hook crab shack from the owners of Alma, opened last night. And, they’re offering free shuttle service from the Carroll Street F and G train stop on a yellow school bus adorned with a Brooklyn Crab logo. Shuttles will leave every 20 minutes on a first-come, first-served basis from 6-10pm Sunday to Thursday, and 6-11pm on Fridays and Saturdays.

The folks at Brooklyn Crab told us that although their mini-golf course and bocce courts are not yet open, they should be within two weeks. They are serving their full menu, which includes fried clams, steam pots (Southern: blue crab, shrimp, andouille sausage, red potatoes and corn on the cob in Old Bay; Northeast: 1 1/2-lb. lobster, 1 1/2-lb. jonah crab, mussels, gulf shrimp, red potatoes and corn on the cob), surf and turf, and of course, crabs.

Since the Rockabus is postponed until next weekend, it’s the perfect plan if you want some beach vibes without the long subway ride. Seriously Brooklyn, best summer ever.