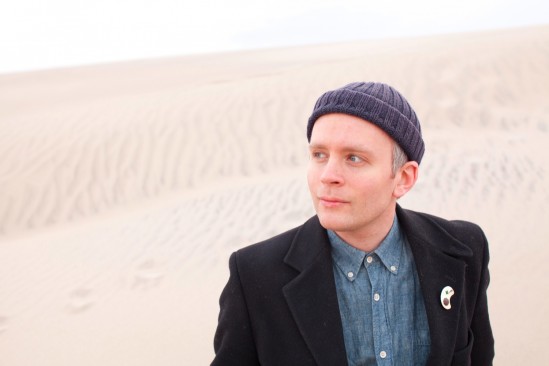 Had Swedish artist Jens Lekman emerged in the late ‘60s or early to mid ‘70s, he would have probably been a star on AM radio. His music is relatively mellow (but in a good way, not middle-of-the road) with catchy hooks and lush production. His voice has a soothing, relaxed quality to it, and his ability to be clever with words reveals a charming humor and intelligence.  In the context of today’s indie rock, Lekman songs appear out of place where the tendency is either toward guitar rock or synth pop, but that makes his sound all the more interesting.

Sound compelling? He’s playing at the Northside festival this Friday and gave us 25 tickets to give away, first come, first served. Click here to sign up–the folks from Northside will contact you by the end of today if you make the cut.

Since 2000, Lekman has released several EPs, followed by two full-length albums, When I Said I Wanted to Be Your Dog (2004) and Night Falls Over Kortedala (2007). His most recent release is the EP An Argument With Myself, which is a terrific introduction to his music for those who are unfamiliar. The songs vary between African-influenced pop music (the title song), reggae (“So This Guy at My Office,” the lyrics of which are hilarious), and a bit of tango (“A Promise”). Lekman reveals himself on this EP and his other recorded work as a very eloquent storyteller and a person willing to explore different styles—the comparisons to other artists like The Magnetic Fields’ Stephen Merritt and Paul Simon seems justified in this case.

The Northside Festival show this Friday with of Montreal is the only date he currently has scheduled for America, so take the opportunity to check him out before he ventures over to Europe for a series of shows this summer. Later in September, he’ll put out his first album in five years called I Know What Love Isn’t—a new song from that record, the very jazzy-smooth Erica America can be heard here.

On an aside, you got to admire this guy’s sense of humor–if you go to his website, click on the links “MySpace” and “Facebook.” It’s hard to not be swayed by his charm, right?.

Jens Lekman will be playing along with of Montreal and Beach Fossils at McCarren Park in Williamsburg, Brooklyn, on Friday June 15 as part of the Northside Festival. Doors open 4 p.m, $33. For information, visit this website.