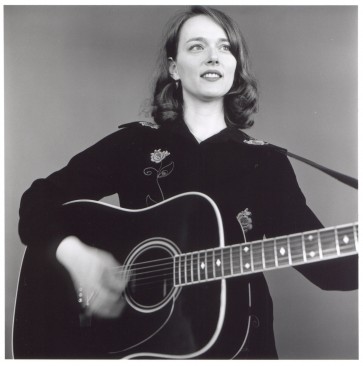 Tonight, Red Hook will be steeped in traditional country music when singer Laura Cantrell performs at Brooklyn Country‘s Brooklyn City Limits show at the Jalopy Theatre and School of Music. If her name rings a bell, it’s because she is best-known as the proprietress of WFMU’s country music program “The Radio Thrift Shop.” In addition to that, she’s also built a successful music career that has yielded several records, including Not The Tremblin’ Kind, When the Roses Bloom Again, Humming by the Flowered Vine, and most recently, Kitty Wells Dresses: Songs of the Queen of Country Music. (The late and legendary British DJ, John Peel, once described Cantrell’s Not The Tremblin’ Kind as “my favourite record of the last 10 years and possibly my life.”)

Cantrell’s path to being a country music singer is somewhat unusual. Despite growing up in Nashville, she ended up in New York City, working in finance. “I think I would have been too intimidated to perform down there,” she once told me about Nashville. “It was easier to do that here [in New York] than in Nashville, where I think people would have written me off as not very good. I feel like maybe I wouldn’t even have been a performer.”

Since then, Cantrell’s music has drawn attention and praise in the press. Her last album, Kitty Wells Dresses, marked a sort of return for the singer after not performing for some time–and the good news now, according to her website, is that she is currently working on a new album. “I got a pile of songs ready to go for a new record,” she told me last year. “This will hopefully kind of pave the way…[and] help us get to where when that’s completed, we kind of strengthen up with that relationship with our fans again.”

Cantrell carries the torch of traditional country music from the greats. She will no doubt continue to bring her magic to the Jalopy show.

Laura Cantrell will perform on Friday June 15 at the Jalopy Theatre and School of Music, 315 Columbia St., Brooklyn, 8 p.m., $10. For tickets click here.