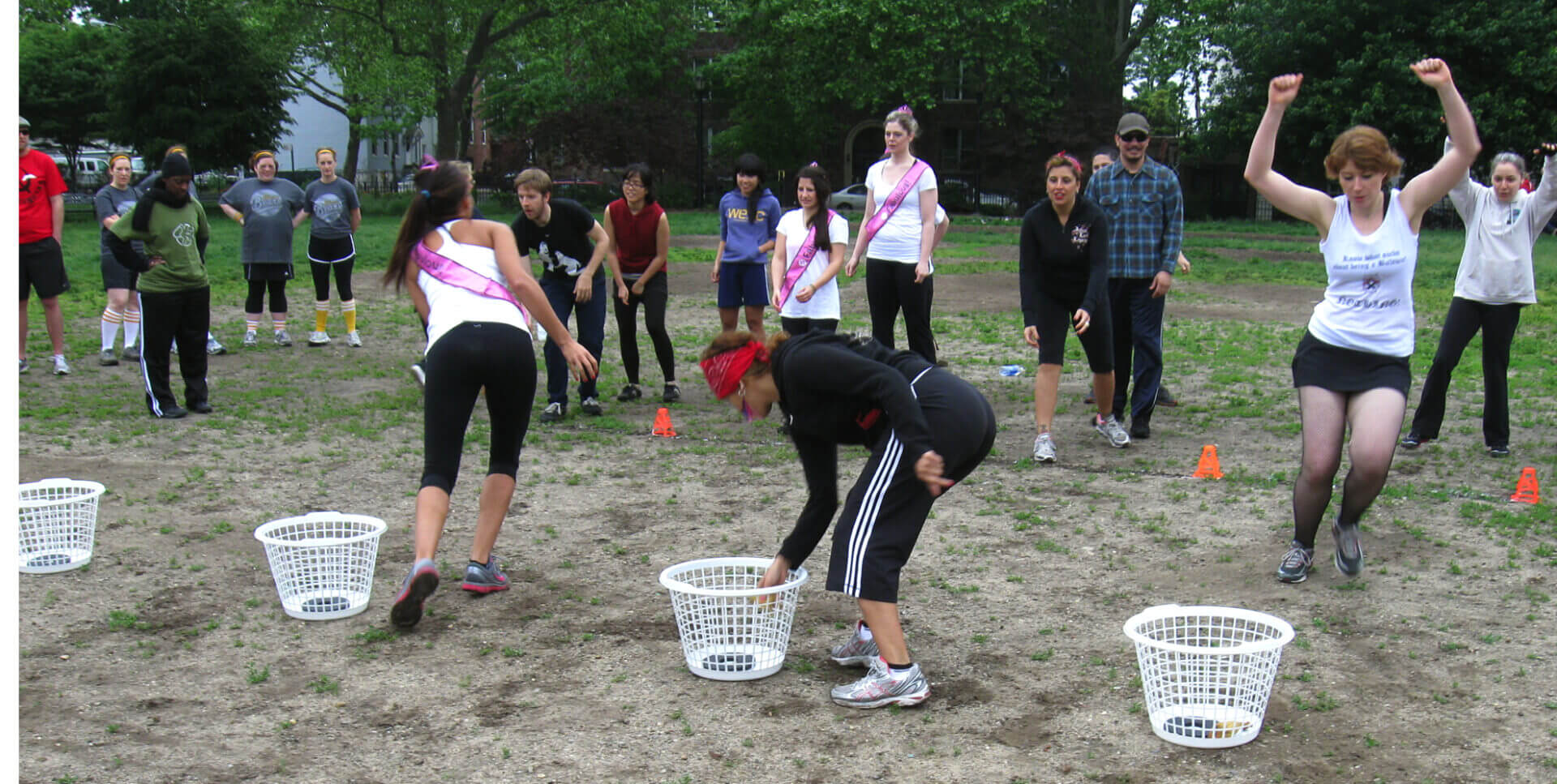 This team’s fight song lives somewhere near the intersection of awesome and insane.

If you’ve been honing your rubber chicken-toss skills, but you’re not sure where to show them off, read on.  The rubber chicken relay, an event in which teams of four toss chickens into laundry baskets, is one of many on the agenda for the 4th Annual Punk Rope Games on Sunday, at Williams Sheridan Playground on Wythe and S. 1st. Street in Williamsburg.

The games, a celebration  for and of the Punk Rope community, will consist of at least nine teams of four athletes, each competing in 10 different events.  The challenges range from the grueling to the ridiculous, and the public is encouraged to come out and witness it all.  There is no admission fee, and a few teams are still looking for intrepid souls to join on–new teams can still enter, too. 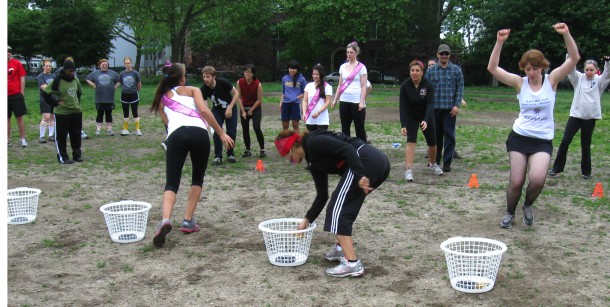 Punk Rope, a cross between recess and boot camp, blends rope jumping, fitness games and creative calisthenics.  It is the brainchild of certified USA Track and Field coach Tim Haft, who started the program in 2004 to address what he calls a lack of play and creativity in fitness classes.  Disheartened by an emphasis on appearance and the individualistic nature of working out, he wanted people to leave class with a smile and a few new friends, in addition to having the satisfaction of a good workout.

As for the emphasis on jumping rope, Haft says that it is by far the most underrated cardio activity.  It’s safe and inexpensive, and the fitness benefits are far-reaching.  True to his track and field background, he loves running and has trouble resisting the temptation to sing its praises.  But, he finds jump roping to be well matched with his first love, and to even have an edge in terms of the low risk of injury and lack of competitiveness.

The cool thing about jump roping, Haft says, is that it offers so much variety.  “It’s almost like a dance,” he explained.  “If you think of all the different steps that you could do and then add a jump rope on top of that, you have something pretty powerful.” 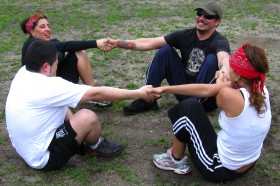 The upcoming games aim to reflect the spirit of Punk Rope, though they won’t exactly mimic the class experience.  Designed as a competition, albeit a lighthearted one, most of the events take a step away from the more communal nature of classes.

But the real showcase, Haft says, will be the Team Fight Song.  A brand new event at this year’s games, each team will choreograph a routine, write a song and sport costumes.

“People who have been participating all along have the opportunity to have some fun and compete with their friends,” Haft said.  “And of course we’re always very open and receptive to anybody who’s new to what we do.”