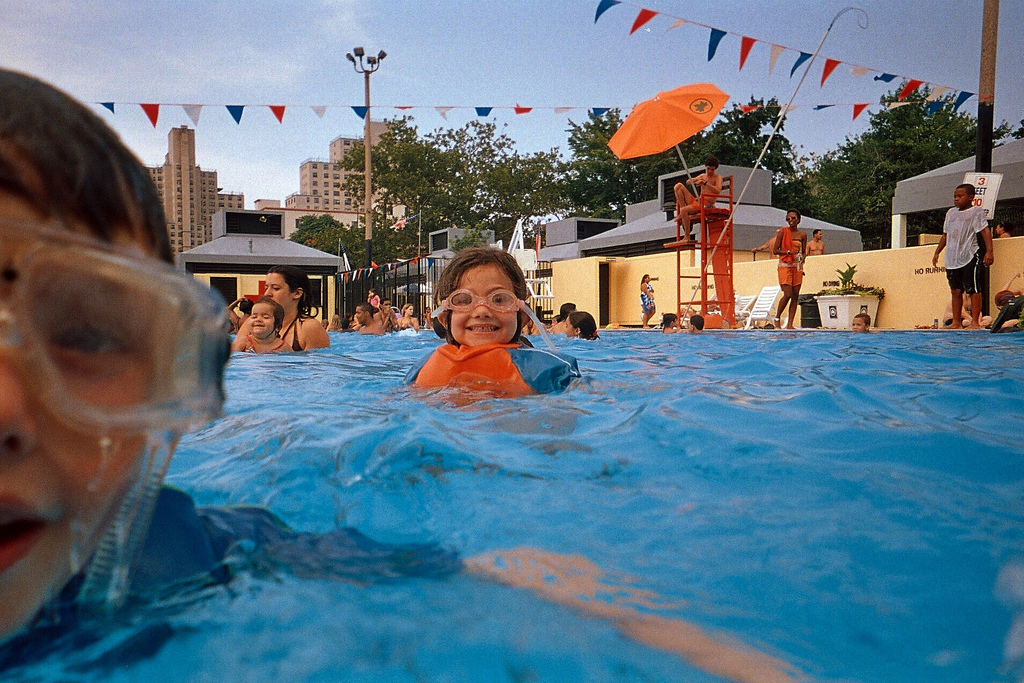 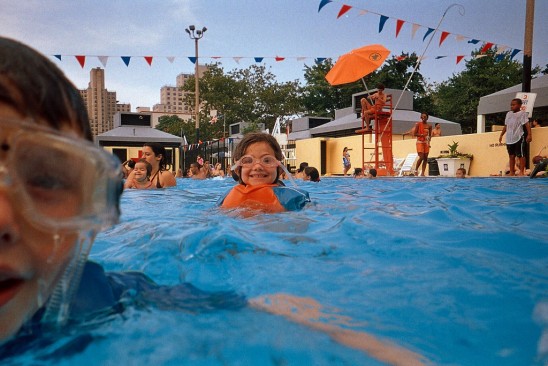 As temperatures climb into the upper 90s this week, nothing sounds better than a refreshing dip. But Olympic-sized pools aren’t always the best spot for the littlest kiddos, so we’ve compiled a list of great wading pools for the tadpoles and guppies of the swim scene. All city pools open one week from today, Thursday, June 28. Check out our round-up of bigger pools, including the soon-to-open McCarren Park Pool and Astoria Pool, the largest in the city.

The NYC Parks Department’s Learn to Swim program offers free lessons to swimmers of all ages, with classes catering to toddlers (ages 1½-5), children (6-17) and the young-at-heart (18+). Registration is conducted by an online lottery and is currently in full swing for all three summer sessions. Be sure to throw your hat in the ring no later than June 29 to be considered for the first session, which begins on July 5.

Brooklyn Bridge Park Pool
Clark St. Brooklyn Bridge Park Pier 2, Old Fulton St. at Furman St., (718) 222-9939, 10am-6pm, opening in July (specific date TBD at press time)
A family-friendly pop-up wading pool is back on the scene this summer at the Brooklyn Bridge Park after a four-year hiatus. With a capacity of 60 swimmers, one section of the pool will be blocked off for regular swim lessons (the details of which were still TBD at press time.) The cool summer locale will also feature a sandy beach, food and drink concessions and magnificent views of Lower Manhattan and the New York Harbor. Entry is completely free.

Double D Pool
Gowanus, Douglass and Nevins Street, entrance on Douglass, 718-625-3268
If you want to take the kiddos for a swim but aren’t wild about the idea of a crowded public pool, Double D may be just the spot. Clean and well maintained, this out-of-the-way retreat sees few visitors, so much so that in 2010 the city considered closing the pool. It was rescued after furious residents staged protests and rallied around a “Save the Double D” Facebook page. Ironically, last summer attendance was down by 14 percent from the year before, so little swimmers may get the best of both worlds: a pool that is alive and well but not overrun with flailing arms.

Commodore Barry Pool
Wallabout/Navy Yard, Flushing Ave. and N. Elliot, entrance on N. Elliot, 718-243-2593
Like the Double D, the Commodore Barry Pool is also in a virtually hidden location between the BQE and the Navy Yard. The regular pool is only three feet deep, but there’s also a wading pool for toddlers. It’s a bit crowded and hectic when it first opens in the morning, so come later to avoid the rush. Just remember the rules–the staff here has a low tolerance for folks who try to bend them, no matter how little and cute they are.

Kosciuszko Pool
Bed-Stuy, 670 Marcy Ave., entrance on DeKalb, 718-622-5271
While the big kids splash around in the Olympic-sized pool, the little ones can have at the wading pool, which is only 1.5 feet deep. Kosciuszko has seen an uptick in the number of swimmers in recent years, but its still relatively uncrowded.