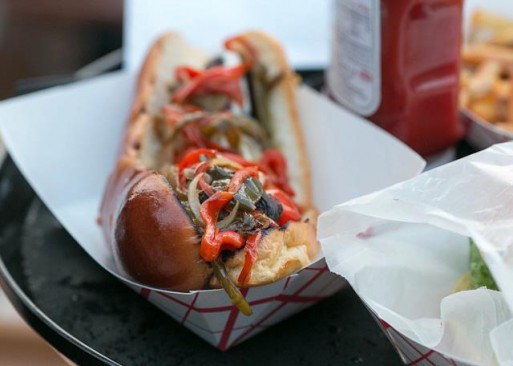 Back in January, To Go named the top 10 Brooklyn food and drink openings we were most excited for in 2012. With the year half gone, 9 of those 10 spots open, and one relocated to—(gasp!)—Manhattan, we figured it’s time to check in on each of these spots and see if they lived up to the—well, our—hype.

I am almost embarrassed to admit this, but somehow I have not yet been to Dale Talde’s eponymous eatery yet. However, everyone from the New Yorker to the Post has deemed the modern Asian spot’s Korean fried  chicken and everything bagel spring rolls among the year’s best debuts–so much so that Dale is already at work on his neighborhood follow-up, Pork Slope. 369 Seventh Ave., taldebrooklyn.com

As a devotee of insane sandwiches, I was overeager for Tyler Kord’s No. 7 Sub to branch out to Brooklyn. With inventive new menu items like roasted cauliflower and potato chip subs (plus sriracha cocktails) I wasn’t disappointed. Next on the agenda: a return trip to taste their new fried turnip and broccoli marmalade sub. 931 Manhattan Ave., No7sub.com

This beautifully designed former auto body shop is a welcome addition to the booming “Bedford Hill” neighborhood, and I greatly enjoyed their Kind Brother pizza (wild mushrooms, smoked mozzarella, farm egg and sage). Although I can’t say it’s the best new slice I’ve had in this newly-Neapolitan-obsessed borough—that prize would go the artichoke and smoked pancetta pizza at Crown Heights’ Barboncino. Next on the To Go agenda: must try out these fried chicken pizzas at Peet Zaaz. 376 Classon Ave., speedyromeo.com

Prospect Heights’ gourmet mayo shop has become the go-to example when trying to explain how ridiculously over-the-top Brooklyn’s artisan food scene is. The actual shop is not much to write home about in and of itself, just a small storefront attached to their Vanderbilt Avenue production facility. But all joking aside, Empire’s spicy vadouvan mayo makes for deviled eggs that will win any summertime picnic.  564 Vanderbilt Ave., empiremayo.com

The newest opening on the list, this 13,000-square-foot beer garden, bar and restaurant is putting South Park Slope/Greenwood Heights on every Brooklyn drinker’s beer map. Brooklyn Based checked it out last week. 555 7th Ave., greenwoodparkbk.com

The Washington Avenue newcomer from the acclaimed al di la team has flown relatively under the radar since opening in late January. I stopped in a few weeks back and had a very flavorful brunch (ricotta and chard strata; eggs in purgatory) in their still-being-built backyard space. Anyone tried dinner here yet? 791 Washington Ave., barcorvo.com

The sole entry on our anticipation list to come up short, Eater recently reported that Top Chef winner Harold Dieterle’s new restaurant will not, after all, be coming to downtown Brooklyn. Instead of opening in the upcoming Hotel 718 as had been planned, The Marrow is looking at a Manhattan space instead. Come back soon, Harold!

Chef Joe Isidori’s Carroll Gardens spot opened this spring with a New American meets Italian menu. I haven’t been by yet, but the buzz is generally favorable, and the weekly-changing menus look intriguing—particularly “Chinatown Tuesday.” 276 Smith St. arthuronsmith.com

The consistent two-hour-table-waits may seem excessive for a Columbia Street eatery, but Andy Ricker’s Thailand-via-Portland restaurant is the best new spot I’ve tried in 2012 so far, unusual pig parts and all. 127 Columbia St., pokpokpdx.com

1. Brooklyn Crab
Did I royally screw up the anticipation index on this one? The massive Red Hook waterfront spot opened last month and the setting looks as enticing as promised. However, early reviews have called the food middling and the service far worse than that. It’s a great-looking restaurant, so here’s hoping they work out the kinks!

Coming next week: I’ll take a look at the most anticipated openings for the second half of 2012.