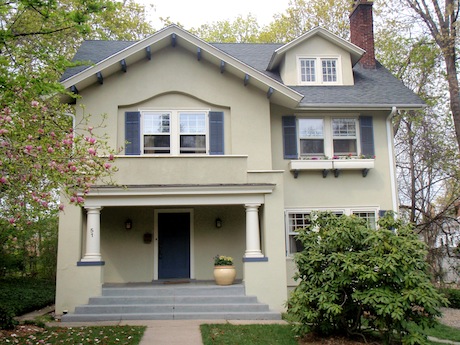 Whatever the specific moment, there comes a point in many a young(ish) Brooklyn dweller’s life when the suburbs start to sound pretty good. Once you’ve reached that tipping point you suddenly realize that there’s more to the metro area than the five boroughs and that Brooklyn’s closest sister city just might be Montclair, New Jersey.

As much as we’re Brooklyn boosters to our core, we understand. If you want a bigger place you either have to make more money or move further and further out, so that your commute gets longer and longer. We’re warning you, if you call Stanton Company Realtors and take a trip to Montclair, they’re going to show you just how much backyard you can afford. And it might just change your perspective on city living for good.

Stanton Company Realtors is a third generation, family-owned business that has been around for 90 years. They know more about Montclair and the surrounding towns of Glen Ridge, Verona, Essex Fells, West Orange, Caldwell, Bloomfield and Little Falls and the homes available in them than pretty much anyone else out there. And like Brooklyn, which is filled with mom-and-pop shops, they are one of the many small, independently owned businesses and boutique companies in Montclair. It’s just 14 miles west of Manhattan, closer to Times Square than JFK, and a 45-minute train ride to Penn Station.

Lest you think you’ll be all alone in the burbs, let us remind you that Montclair is home to seemingly half  of New York’s media world (the half who aren’t interns anymore) as well as to makeup mogul Bobbi Brown and the incomparable Stephen Colbert. If you’re looking for a job at a magazine or at The New York Times, NJ Transit is probably a better place to network than over Sixpoints at your local watering hole. To make an appointment to talk guest bedrooms and backyards, call 973-746-1313.