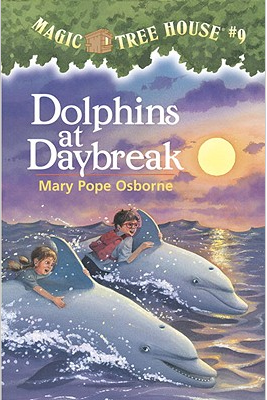 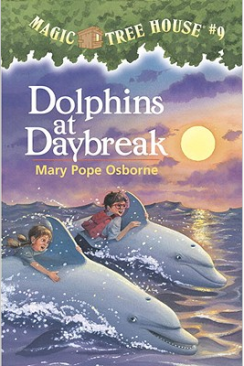 For young adult author Adrienne Maria Vrettos (Burnout, The Exile of Gigi Lane), and husband Jeff Salane (whose debut book Lawless, the first in a middle-grade trilogy, comes out in 2013), reading stories to their children Wren, age 5, and Desmond, almost 2, involves a lot more imagination than picking a book off the shelf. While mining this Greenpoint mom for children’s book recommendations, Vrettos shared her tricks for inventing stories on the fly, and the one book the whole family enjoys.

Starting when Wren was a baby, we read books every night. But as soon as she had enough words she started to request that we make up stories instead. So much fun! Jeff and I each had our own stock characters, and depending on who was putting her to bed that night, Wren would be adventuring in ancient Egypt or hanging out with Essie the cow on a farm in Vermont.

Jeff seems to have an unending treasure trove of plots, but I have to admit that my story well was starting to run a bit dry. Luckily for me before I had to start farming plots from 80’s movies (Essie the Cow meets The Goonies!), telling stories morphed into Betend.

As in, “Mom, betend that you’re Papa Smurf and you see Asriel in the forest and she’s nice but you don’t know that she’s nice when you see her and I’ll be Asriel.” So now our bedtime adventures are part storytelling and part improv.

As for Dez, he is crazy about books at bedtime. But at this point he’s more about opening, closing, stacking and unstacking books than actually having them read. He does always want one in his crib with him, and in the morning we can hear him “reading” to himself, followed by a request for “Book! Book! Book!”

Is Wren learning to read? What is the process like, going from you reading, to her reading? Are there any special books you’re picking out that are good for new readers?

She is so close to reading! And it is just the most incredible thing to watch, and to know that the whole world is about to open up for her. As for books, she’s crazy about the Magic Tree House series, so I have feeling that in addition to some of her favorite pictures books, she’s going to go adventuring on her own with Jack and Annie the first chance she gets.

Do you and your husband ever run your story ideas by Wren? Or get ideas from your kids?

I write books about teens going through some pretty intense stuff, so I don’t really share the plots with Wren, at least on purpose. Though one very sleepy night I was telling her a bedtime story and I said something along the lines of, “Farmer Sally opened the box, and inside was…” And then I fell asleep. The box became part of a dream about the thriller I was writing at the time, and when Wren woke me up demanding, “What was in the box?” I almost blurted out, “It was full of HER OWN HAIR!!” But stopped myself before totally traumatizing her. Instead her box was full of apples, or maybe it was kittens. Probably kittens. It’s almost always kittens.

As for getting ideas from the kids for books for younger readers, I think they’re basically going to pay their own way through college with their antics. There’s no way they can’t end up in a book.

Of all the books you’ve read to your children so far, what are your all-time favorites and why?

I will always love Goodnight Moon, because it’s one of those books that you can almost hear a chorus of the generations of parents who’ve read it before you reading right along with you. It’s a book with a special kind of magic.

Are there any books you love reading to your children right now?

Right now we’re all crazy about Don’t Let the Pigeon Drive the Bus, because yelling NO! is just so much fun, especially for Dez.. Now he yells it whenever there’s a question in a book. Can you pat the puppy? NOOO!