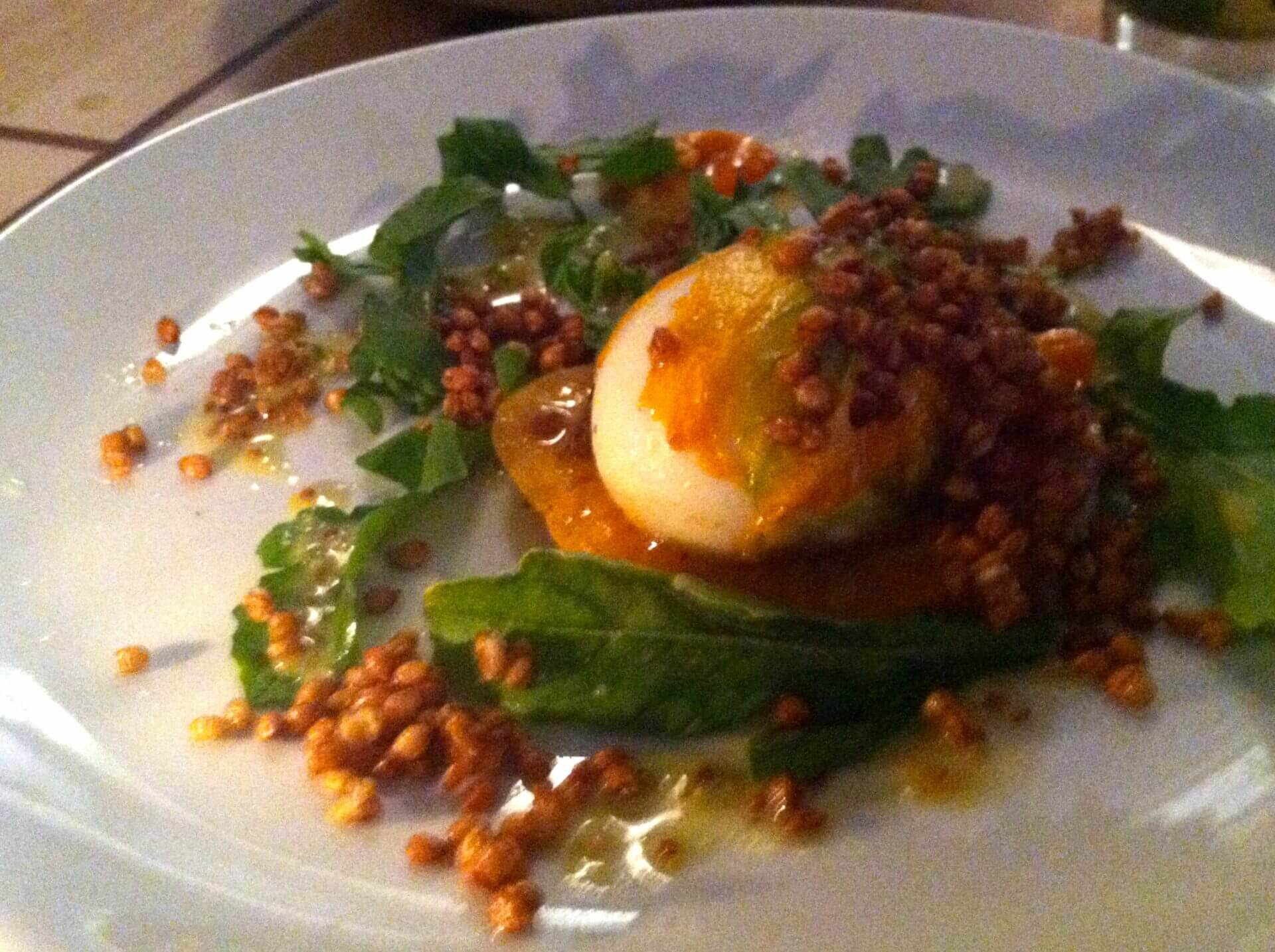 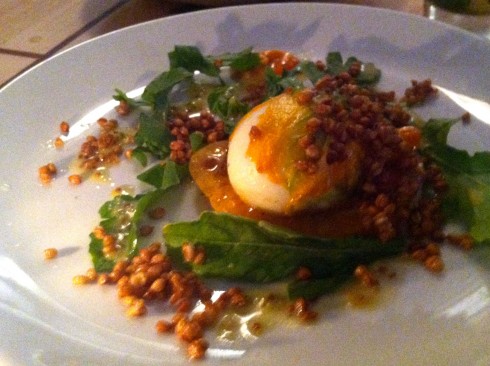 Nearly every new Brooklyn restaurant has at least one dish that comes with a soft egg on top. Now, I’m as much of a yolk-lover as anyone, but it has started to feel like putting an egg on top is just a cheap and easy crowd pleaser. Pasta kinda boring? Put an egg on it. Sandwich not working? Put an egg on it. Brussel sprouts? Definitely put an egg on those. Of course, egg has never made anything worse, but sometimes it does little to improve a dish. I’ve been served pizzas that only have egg yolk on one slice—what’s the point of that?

All of this is to say: when you’re served an egg dish at dinner that isn’t just a fried egg thrown on top as an afterthought, but an entire dish designed around an egg, it’s a pleasant surprise. The dish in question comes from Parish Hall, the new Williamsburg restaurant from the team behind…Egg, no surprise. Their summertime soft-boiled egg comes encased in a zucchini blossom, which is placed atop a slice of yellow heirloom tomato; the whole thing sprinkled with crispy fried farro and a few leaves of purslane. This isn’t a dish where the yolk runs into oblivion after one quick cut. Instead, it sticks around, seeping into the sturdy slice of tomato, so that each slice you cut off is a juicy bite that retains all three elements: blossom, tomato and yolk. Then the purslane and farro—a salty, crunchy take that is the tastiest farro I’ve ever had—lies around to soak up any stray drippings. It’s a simple-but-brilliant dish that makes you remember eggs can be the star of the show, rather than a glitzy crown on top.

Parish Hall doesn’t disappoint elsewhere either. While seasonal menus aren’t exactly noteworthy anymore either, theirs screams summertime from every light-but-exciting dish. A chilled corn soup is dotted with blackberries, basil and squash seed oil; and a “vegetable and dumplings” dish consists of airy flour dumplings with diced pieces of summer squash, corn, radish and chard, all submerged in a cheese broth that somehow captures the flavor of fondue in the consistency of vegetable broth.

Cocktails are exciting, too, from a ginger ale and cucumber Pimm’s cup to one made with sriracha bitters and white tequila. Many use local spirits from Brooklyn boozers like New York Distilling Company and Due North Rum—while next-door neighbor Mast Brothers contribute to a perfect chocolate ganache tart.

They also serve brunch. Including lots of eggs.