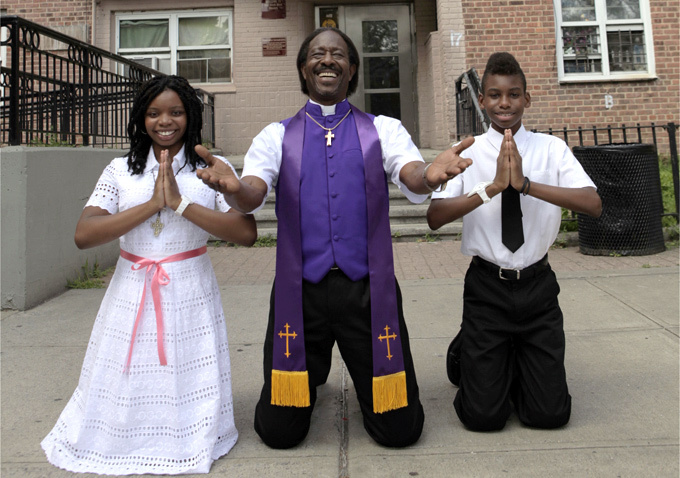 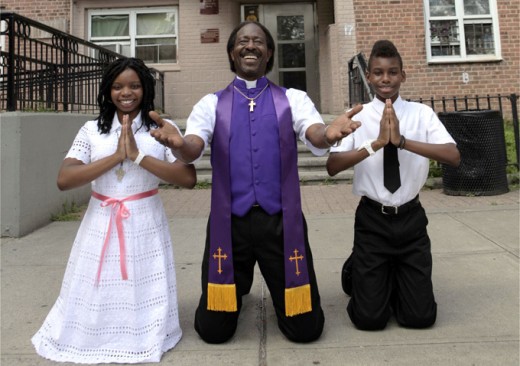 Spike Lee’s movies portray neighborhood politics, the complexities of race relations, and gentrification better than half of the policymakers whose job it is to deal with them.  In his best movies the characters are the lens through which the movies explore various social issues, but never simply mouthpieces for the issues themselves. In movies like “Do The Right Thing,” the subject matter may be heavy, but it’s nothing the tight, well-crafted scripts can’t lift up. Lee’s latest, “Red Hook Summer,” unfortunately, does not have the narrative infrastructure to power all of the story threads it dangles, but can never seem to tie up.

It’s a fascinating, but ultimately messy coming-of-age story involving Flik (Jules Brown), a 13-year-old boy reluctantly spending a summer with his bishop grandfather, Enoch Rouse (Clarke Peters) in the Red Hook Housing projects, and the neighborhood itself, which has its own coming of age balancing the authority of the church, the ever-creeping forces of gentrification, and revelations about Enoch’s past.

They’re not the Red Hook of Ikea and Fairway, and two-hour waits at Pok Pok NY, but the Red Hook Houses are not quite the projects of popular imagination either.  There are no bullet holes, and crumbling staircases, but there is palpable tension between the old-timers like Enoch and his struggling church, and the dice playing, hustling gangs that provide a much more satisfying outlet for teenage aggression than the power of Jesus ever could.

Flik , Enoch’s grandson, a 13-year-old dragged out of the comfortable nest of his Atlanta life to stay with his grandfather for the summer, is the movie’s narrative as well as emotional center.  From the moment Flik steps out of the airport cab, he’s looking for an escape route. His mother accompanies him to the door, but balks at Enoch’s invitation to come in. She’s clearly been estranged for years, but for mostly unsaid reasons. Given the later revelations about Enoch’s less than holy past, it’s surprising that she’d want her son to stay with him at all.

Enoch valiantly tries to portray himself as a kind of religious mayor of the projects, but his sermons fall on tired, weary ears, both of the neighborhood and of the audience.  The conversations among the old timers sound more like speeches than like dialogue. They address important issues, but in a forced, boilerplate way, as if the screenwriters ran out of time and tried to cram every possible social issue into the confines of a five-minute scene.

Flik isn’t buying it either. Hiding behind the screen of his iPad 2, anIinternet- age security blanket for most of the film, he can barely contain his disdain and discomfort.  Brown is particularly effective in his portrayal of burgeoning adolescent sullenness.  His glare and his Mohawk could haunt the dreams of new parents terrified of their babies becoming teenagers. He’s a self-proclaimed vegan and non-believer who scoffs at Enoch’s meat-filled cooking, his constant stream of preaching, and his unwavering belief that Jesus will heal everything. Flik’s brief attempts to engage the hustling teenagers are met with disdain, and end with the brief kidnapping of his beloved iPad, which Enoch has to bribe them to get back.

Just when you think the film is nothing more than an appealing character study, Lee drops a bomb, in the form of a revelation about Enoch’s past, awful enough to destroy the church more than its dismal financial state ever could.  This is a revelation startling enough to require a movie of its own, but is barely given the space and time it deserves in this one.  In a movie low on major plot points, it’s frustrating that such a major one comes too late.

“Red Hook Summer” is playing in Brooklyn at BAM.