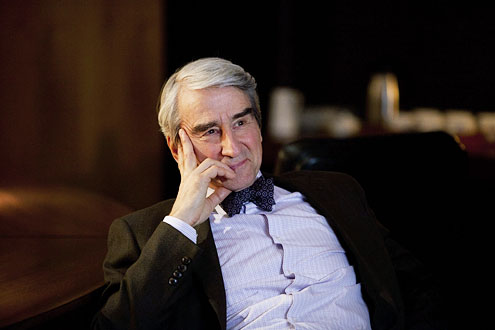 I know I’m late to the game here, and that’s my perpetual lot in TV life, to watch series only after people have been talking about them for months, but seriously, The Newsroom? I started watching it last night after months of anticipation. No one told me that Sam Waterston plays bow-tied, alcoholic, kindly yet ferocious news executive! What a DELIGHT. And I won’t even get into how much I love Jane Fonda as the shadowy, tough, fictional version of Ted Turner. See, sometimes the internet doesn’t ruin everything.