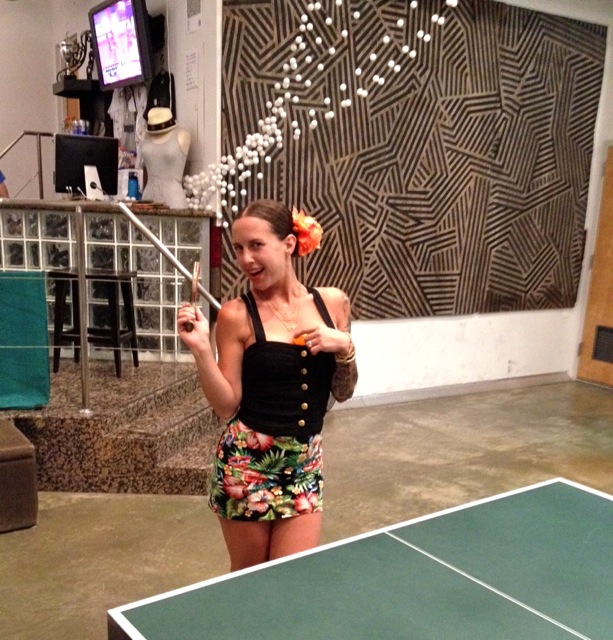 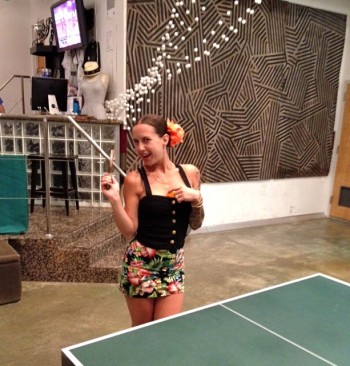 “Date Night” isn’t just a wacky movie starring Tina Fey and Steve Carell. I’m referring to the concept of  couples getting off their asses, enlisting a sitter and having some fun together (watching “Breaking Bad” on the couch doesn’t count). A few weeks ago I was having a chat with my new author friend Dan Zevin. When I asked him how he keeps his marriage interesting, he responded with two simple words—date night. As a matter of fact he dedicated an entire chapter to date night in his latest book of essays on parenting, Dan Gets a Mini Van. Okay, not to go totally TMI , but a few months ago I was wondering why my marriage was feeling totally blah and when I asked around most of my couple friends also cited date night as the missing link.

For the last year and a half it seemed that we were in rut.  You know the one, where you take turns going out alone while the other stays home watching the kids. We put off getting a sitter out of sheer laziness and got into a funky routine that kept us from ever spending quality time together by ourselves outside the house. So in an effort to reinvent our marriage (it will be eight years in October), my husband and I came up with a few rules to revive an otherwise boring state of affairs. In addition to random compliments and tokens of affection we decided to commit to date night once a week. What seems like a ridiculous and contrived idea ended up being just what we needed to reconnect.

So, for the past month, every Tuesday night we’ve had date night. We take turns coming up with the agenda for the evening. I’m hoping that by breaking down the anatomy of a date night I’ll light a fire under your ass and get you and your beloved to hit the streets in search of love, laughter and ping-pong. Yea, I said ping-pong. It was part of our last date night extravaganza. Let me explain how it works. First you say “sayonara” to the kiddies. Make an effort to look good, you’ll be spending the next 3-5 hours one on one, so ditch the jean shorts and flip-flops. Pick a fine eating establishment in the neighborhood. I chose Gwynnett St. on 312 Graham Ave. What a pleasant surprise! This was a restaurant made in date night heaven. The cocktails were trendy and the duck was sexy and succulent. We shared a sweet baby carrot appetizer that got us dreaming of our next vacation. I don’t know why, but young carrots in yogurt and cumin will do that to you.

When it was time to head out we were giddy under the influence of Pinot Noir. As we walked hand in hand down Metropolitan I turned to my love and said “ping-pong!” He looked at me as only a lover does, and replied “It’s on.” We practically skipped to PIPS on 158 Roebling. It’s one of those places I’d passed a million times and had been itching to go to, and now I had the opportunity to participate in a highly competitive game with my hubby. What the winner’s prize would be—that I will take to my grave. Anyway, upon arrival you’ll learn that PIPS is the passion project of founders Mikey Weiss (of Mikey’s Hook-Up) and filmmaker Bill Mack. For this reason, PIPS is a donation-based business. The beers, exclusively Tiger, are also bought with whatever donation you see fit. Things began to heat up as the balls started flying. Admittedly, I was so terrible at the game, my date played me left handed—and still won. Nerds!

Leaving PIPS we were amped. The summer air was charged and we were officially gallivanting. Kids? What kids? That meant one more stop. Then it hit me like a ping-pong ball to the face—Saint Vitus! We hailed a cab and headed to Greenpoint. If you hate death metal DO NOT go to Saint Vitus. The ambiance is dark, dark,dark—all studs, tour t-shirts, tattoos and leather. We ordered two El Cardinals (one can of Tecate and a tequila shot) and paid admission to watch live death metal in the back room. You say romance, we say ROOOOOOMMMANCE! It was the perfect end to the perfect date night.

Now, feel free to pluck out any part of this date night for yourself. But my real mission here is to get all the couples, the ones with children who are stuck at home, night after night, to get out. Try something new. Eat somewhere you’ve never eaten. Shoot pool at a dive bar. See a comedy act, or sit in East River park and gaze at the twinkling lights of the Brooklyn Bridge. What ever you do, do not let date night fall to the wayside. Dates are meant to be had even if you’ve been married, like, for forever.