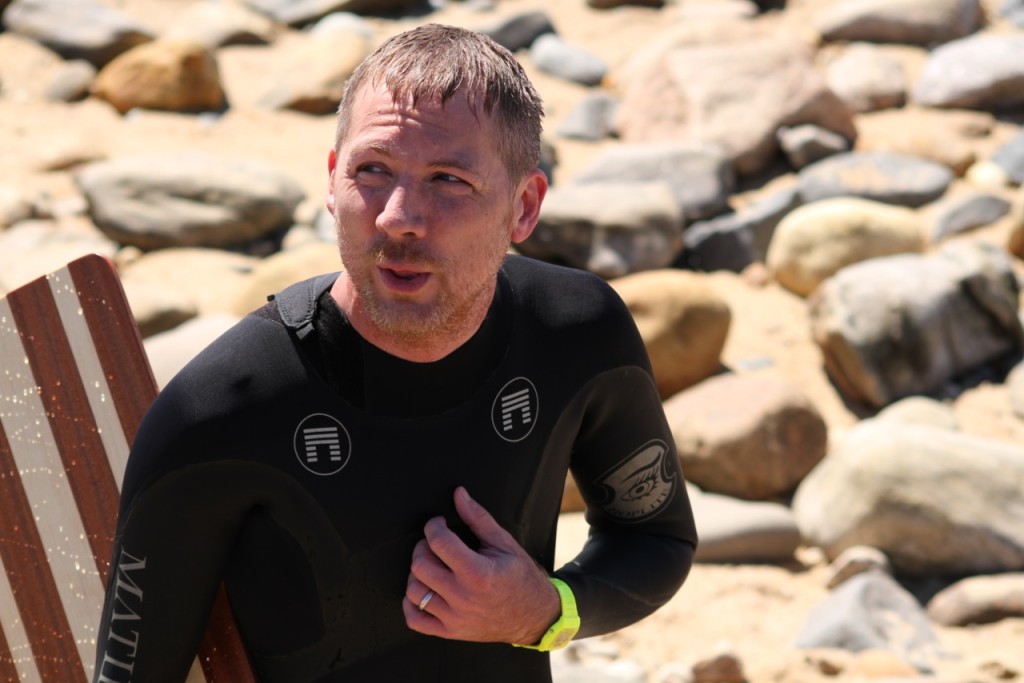 If you’ve ever enjoyed a hot summer’s day on the sand in Far Rockaway, you may have spotted a wetsuit-wearing fellow riding what looks like a wooden boogie board. It may well have been Matthew McGregor-Mento, a Long Island native who has surfed New York City’s waves since 1986. McGregor-Mento is part of a small but growing community of surfers who enjoy riding the waves while lying low.

According to McGregor-Mento, a traditional Hawaiian short bodyboard called a paipo (pronounced PIE-po) can enhance even an expert surfer’s day in the water. “They ride well in super, super, super, small waves, like almost no waves at all, and then they ride really well all the way up to like epic barreling,” he says. Given the streaky nature of New York City’s surf, which is smallest in the summer months and temperamental during stormy seasons, paipos can get board enthusiasts in the water even when the waves aren’t ideal for surfing.

Because of the similarities in technique to boogie boarding, which many of us associate with childhood trips to the shore, it’s easy to relegate the paipo and bodyboarding to the novice end of the wave pool. But during last year’s tornado near Breezy Point, McGregor-Mento was thwarted in the heavy surf on his standup surfboard, so he turned to his short wooden board instead.

“The waves were way too strong, and I was way too weak a paddler–it just wasn’t going to happen,” he says. McGregor-Mento had better luck on his wooden bodyboard, which he always brings with him. “I was basically one of the very, very small handful of people that even made it out that day, and then once I was out on the board, I was picking off all these crazy storm waves that were just like big and burly and weird.”