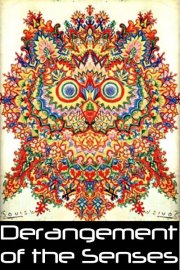 If you’re an aspiring writer, editor, poet, or cultured individual it’s important to attend as many of the city’s vibrant literary events as you possibly can.  The more the internet pulverizes the once bourgeois and glamorous New York City literary world into smaller hives of book loving torchbearers, the more that world starts to resemble a local music underground music scene, dependent on the participation and fervor of individuals to keep it alive.  And alive it is. In recent years a number of incredibly talented, young enthusiasts have stepped forward, putting on regular reading events and making the local literary scene one that will be worth an oral history book or documentary a mere decade or so from now.

If you’re an aspiring writer, the whole “reading your work aloud” thing is an integral piece of the puzzle, and until you’re asked to do so, seeing others do it is key. Watching accomplished writers read their work, you’re likely find writers whose performance styles you want to emulate–as well as those you want to avoid.  For example, having seen Bret Easton Ellis read some years ago, I was struck by how his quiet and stern intensity complemented his work.  He’s not the type of reader that makes you think, “That guy’s taken an acting class in his day,” but the man’s connection to his work really shines when he reads. Dennis Cooper is another example of this, an author whose hushed, just audible tone lends an air of vulnerability to his dark, often disturbing work.  On the other hand, there are writers who, when they read their own work aloud, make me wonder how they could have possibly written it, their voices seemingly so detached and lacking in dedication.  Preparation can factor heavily into this equation.

I say all this, having read in NYC quite a few times at this point and I’ve learned, much like I did early in the process of trying to write my own fiction, that the work of other talented fiction writers is a boon not to be wasted.  Aspiring readers will benefit from going to as many readings as possible.  Below are the events that are regularly, not just great, but mind blowing.

A disclaimer: as I go to readings rather often, these are petty much all people I’m acquainted with and I also contribute to Vol.1.  Finally, this Friday, I’m reading at Derangement of the Senses at Happy Ending in the Lower East Side, come check it out or follow me @jonreiss for more on how I freelance my way through life.

Derangment of the Senses, 302 Broome St.
This reading takes place the third Friday of each month at Happy Ending and features and array of fiction, poetry, music and burlesque. The event is curated and hosted by Kevin Carter and Miracle Jones, who scour NYC readings regularly looking for performers capable of deranging on command.  The venue is about as laid back as any I’ve been to and folks always leave in a unique state of ecstatic derangement. Next Notable Event: This Friday Aug. 17 with Lisa Marie Basille, Boots Lamae, Stephanie Berger and myself.

Vol. 1 Brooklyn, venue varies
Really, these folks don’t need my endorsement. At this point if you’re connected to the book world in New York, you’re aware of what Toby and Jay are doing over at Vol.1. For those who aren’t, it’s crucial that you attend their next event. It’s a doozey. Next Notable Event: Monday, Sept. 24 at Housing Works Bookstore with Will Oldham on Bonnie Prince Billy!

Franklin Park Reading Series, 618 St. Johns Place, Brooklyn
Penina Roth has essentially set the gold standard for literary events in New Yrok. Time after time the bill she puts together features one of the most talked about and intriguing authors in the book world as a headliner followed by a handful of writers who are on the verge of becoming just as notable. Roth’s finger is about as well poised on the pulse of the literary scene as any curator out there. Next Notable Event: None scheduled at this moment. Check their Tumblr for updates

Word, 126 Franklin St. Brooklyn
Word is not a series, but it’s a venue that can be depended on for a good readings just about any old time.  One thing that makes living in NYC great is the ability roll the dice and just pop into an event you know nothing about.  If the event is at Word, it’s hardly a gamble. Next Notable Event: All of them! But, Sept. 5’s Gabrielle Bell and Julia Wertz in conversation with Jamie Attenberg looks particularly promising.