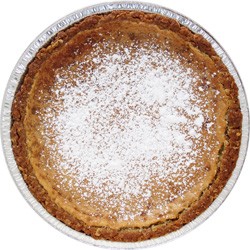 Though I resist using the vague, much-abused term “hipster” whenever possible, Robert Anasi’s book, The Last Bohemia: Scenes from the Life of Williamsburg, Brooklyn, really has me considering what it is that we talk about when we talk about hipsters.  Anasi starts to differentiate hipster culture from authentic artist culture as early as the late ’90s, so, wondering how early the New York press corps jumped on the ever fertile ground of hipster haterade, I started searching out ridiculous hipster stories from the printed record. I have Mr. Mike O’Dea, internet janitor extraordinaire, to thank for pointing me to this hipsters-love-crack article that was published in New York Magazine in 2002.

“Crack is…Back?” includes this masterful paragraph, which manages to portray hipster culture as blasé, naive, callow and stupid all at once:

“I guess it started with coke and then everyone went broke, and so what are you going to do?” says Gavin McInnes, co-founder of Vice, the magazine of record for L-train riders. He’s seen crack become trendy; he’s even smoked the stuff himself — you can buy it near his office, which is in a Puerto Rican part of the neighborhood. “Native Williamsburgers can handle it,” he says. “But then you have rich kids who dive right in. They are going to ruin their lives.”

The piece also describes a girl named identified only as Alice as, “a gamine Chloë Sevigny–esque Williamsburg artist.”

The hipster crackpocalyse never really came to pass and now the dominant stereotype is that everyone in Brooklyn has a pickle or jam business or a rooftop farm. I think I’ll take starry-eyed, organic optimism any day over the idea that we’re all louche crackheads. Though, I was joking with a friend the other day about all the money there could be to make in the artisan drug trade–free-range, free-trade crack, made by hand, here in Brooklyn.