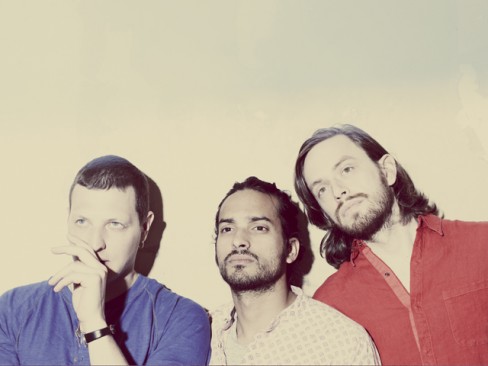 Anand Wilder, a member of the avant garde/electronic-influenced group Yeasayer, recently read on the internet that his band releases albums every four years like the Olympics. This is not true. They just came out with a brand new album, Fragrant Word, the follow-up to 2010’s Odd Blood. And ideally, he says, they would release an album every six months–it’s just that touring takes up a lot of the band’s time.

“It feels good,” he says about having Fragrant World under the band’s belt. “Obviously you can never recreate that sense of accomplishment that you have when you put out your first album and it’s out there. It just seems like such a weird dream. Now we just assume, ‘Okay we have this record deal, we have to put out one more album, it’ll definitely come out,’ so there’s not much anxiety in that department. But it always feels good to [be like,] ‘Wow, we have three albums now. I think they’re all pretty good actually. That’s more than a lot of artists can say.”

Led by members Anand, Chris Keating and Ira Wolf Tuton, Yeasayer planted the seeds of their first album, All Hour Cymbals (2007), in a Sunset Park loft space. But it was 2010’s Odd Blood that really put the band on the national map. There were described by The Hype Machine as the most blogged about artists of 2010. And it looks to be a busy rest of the year as the group already has a slew of shows scheduled through September along with the release of the new album. They played last week at Music Hall of Williamsburg and will return to New York City to perform at Rumsey Playground in Central Park on September 12. 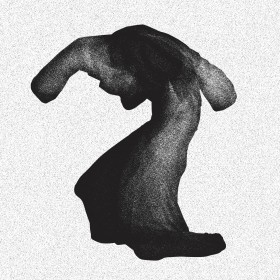 Fragrant World, which comes out today, furthers the dazzling and dizzying eclectic sounds from the previous record.  According to Anand, the plan for Fragrant World was to be different compared to Odd Blood.  “We’re limited by the fact that we are the same people, the same composers, the same musicians that made those last few albums so that’s always creates a link,” he says. “There’s always going to be a melodic link or a sonic texture that we kind of lean towards. We consciously with every release trying to do something new, trying to do something that’s exciting and it’s contemporary and that we haven’t done before yet.”

Anand says that for Fragrant World, the band didn’t delve into the saccharine, r wanting instead to explore darker and more twisted themes. “It was kind of the first time where we really played the dissonance where you’re singing one note, and the chord was actually playing a note that was just a half-step  beneath it .  It was like, ‘Oh that’s really so jazz,’ but we kind of went for it. I think on the last album against our instincts as listeners and composers to kind of raise the volume of the vocal to pop music levels. And on this one, we kind of wanted to tone it down a little bit and make it more a part of the overall texture of the song.”

One song from the new album is  “Henrietta,” which was inspired by the true story of Henrietta Lacks, an African-American woman who died in 1951 of cancer,  but whose cells were collected and played a significant role in medical research. “That’s Chris’ song,” says Anand. “He wrote that and we all came together for the production of that. I’ve heard that RadioLab episode which is really interesting because it’s all about Henrietta Lacks and she is from Baltimore. And I think Chris picked up the book The Immortal Life of Henrietta Lacks and ran with it as a jumping off point for a song.”

Fragrant World’s first single is the groove-laden “Longevity,” which Anand says was the last song Chris brought in before Yeasayer started recording the record. “It’s such a great melody.  I loved the way he had treated  the vocal, it was this really cool sounding, warm auto-tune effect. And an interesting thing about that song was that we felt we just needed some disco strings, so I called up K Ishibashi, an amazing violin player who had played on my musical that I wrote. We sent him the MP3 of the song and he came up with amazing string sounds and mailed them back to us. I get to sample and play them live, which is really fun.”

Parts of the album were worked on in a recording studio in Greenpoint called Gary’s Electric. There was also some leftover music  that didn’t end up on the finished album. “There were really two that we took to completion,” says Anand. “That was “Fragrant World” and “Don’t Come Close.” We were playing both of those live. I think the way they ended up didn’t really fit with the record or maybe it was too much of one thing on the record, so we wanted to switch it up. There were a bunch of different songs that we messed around with in the studio but never really took them to the next level where we were happy with that.”

Meanwhile, Anan has his own side project—a coal mining musical— that is awaiting a release. He describes the musical as a vanity project. “It’s a really wonderful listen,” he says, “because they’re so many different singers [Ryan Kattner from Man Man; Austin Fisher and Quinn Walker from Suckers; Aku from Dragons of Zynth; Hayley Dekle from Dirty Projectors; and Chris from Yeasayer]. It’s a really fun project. It’s totally different because it’s collaboration with an old friend of mine, who’s a really kind of Randy Newman fanatic with those jazzy chord changes and stuff that.”

The past few years have been good for the band, which saw its fan base broaden following the release of  Odd Blood. “We saw that our fans for the first record were these older musos,” he says, “who thought we were these kinds of hippies. We were like, ‘We can write pop songs and broaden our audience and still be weird.’  I think that was kind of the intention of Odd Blood. Hopefully this one will do just as well.”

Yeasayer will be playing on Sept. 12 at Rumsey Playfield in Central Park, 69th Street and Fifth Avenue.; $32. Their new album, Fragrant World, is out on Tuesday.