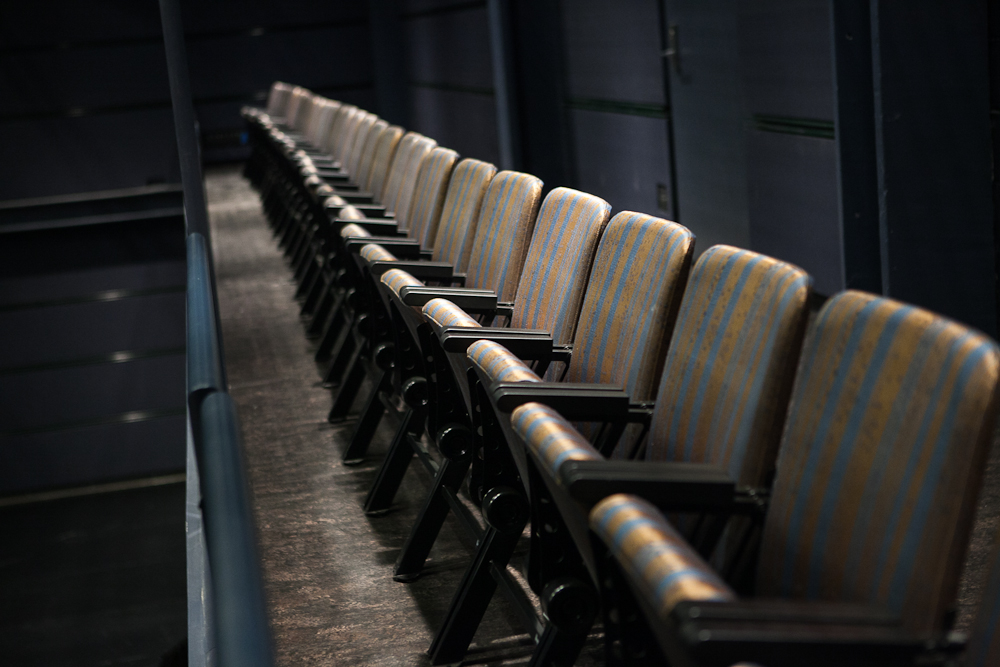 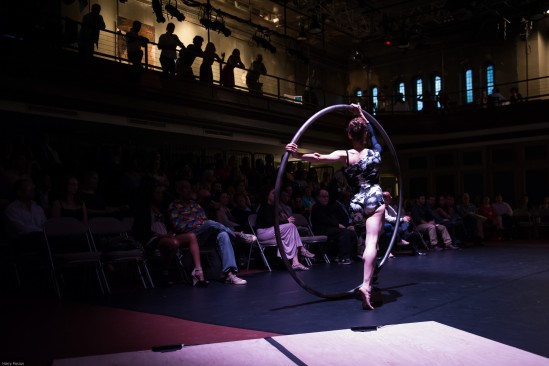 Even with outdoor music festivals and the crack of recurrent thunderstorms (sometimes at the same time), Brooklyn in August can be a quiet place. We sweat, rest, escape. Theaters are dark.

The lull, however, is only temporary. Inside those dark theaters, artistic teams of all types are working through the summer to bring world-class shows to Brooklyn. Performance spaces all over the borough are announcing fall seasons for every budget and taste. With some high-profile new venues opening their doors, established spaces expanding, and the brand new BEAT Festival spreading affordable theater from Red Hook to Coney Island, the Brooklyn theater scene has never been more active.

New Spaces: The Big, the Bigger and the Rebel Stronghold
BAM Fisher: The Brooklyn Academy of Music boasts some of the largest and most glamorous theaters in the borough, but their scale can be daunting for many artists. As Joseph Melillo, executive producer at BAM, put it in an email, “We have glorious proscenium large-scale theaters; they are too large for young and emerging artists and are formal in design.” Now BAM is bridging that gap with the opening of the BAM Fisher building at 321 Ashland Place. 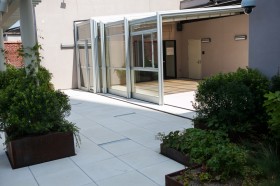 “Emerging Brooklyn-based artists of all artistic disciplines are seeking flexible spaces to do performative work,” Melillo wrote. “BAM Fisher is beautifully flexible and the inaugural artistic season for the 2012 Next Wave Festival will reveal that flexibility with each project.”

In addition to a 250-seat theater (officially named the Judith and Alan Fishman Space, or simply, the Fishman Space), the BAM Fisher includes a rehearsal space that Melillo calls “THE most beautiful room in Brooklyn,” a classroom, a rooftop terrace and a lobby exhibition space.

The first performance at BAM Fisher will be Eclipse (Sept. 5-9), a site-specific dance piece by choreographer Jonah Bokaer and visual artist Anthony McCall, followed by a barrage of dance, theater, music, film and lecture events. The season closes with a production of Samuel Beckett’s All That Fall (Dec. 19-23) by Ireland’s Pan Pan Theatre Company, which is nearly sold out. The full lineup for BAM’s fall season, including a much-hyped return of Philip Glass and Robert Wilson’s Einstein on the Beach (Sep. 14-23), part of the 30th Next Wave Festival, can be found here. All events at the BAM Fisher are $20 and with such a packed season, tickets for many shows will sell out quickly.

St. Ann’s Warehouse: DUMBO’s theater giant, known for lavishly produced work by local talent and international favorites, is in the process of moving to a new home at 29 Jay Street. The move may delay their fall season a bit, but the word is that they are planning a packed spring (and hopefully winter) season. More news after Labor Day. 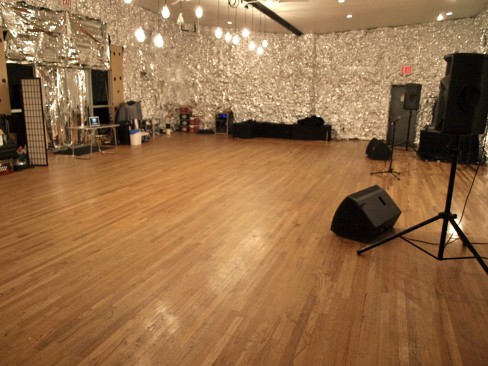 JACK: A friendly new arts space has opened up in Clinton Hill, at 505 ½ Waverly Avenue. JACK, a storefront theater with wide-ranging ambitions, is the project of Hoi Polloi director Alec Duffy and his wife Mimi Lien, and an eclectic team of co-founders. Duffy, a musician, performer and director, envisions the first year at JACK as a grand experiment, a chance to develop the space and its mission. The space’s name, in homage to Duffy’s grandfather, reflects their community mission—Duffy wants everyone to be on a first name basis with JACK, welcomed and at home.

The fall season isn’t yet announced, but Duffy is overflowing with ideas and dreams, from the down-home to the grandiose. He said that he would like to see the space become attractive to the theater crowd and to local passersby alike. “We want this space to be a legit local space in the community, and at the same time we want it to be a place of radical art,” Duffy said. So, theater utopia, rebel stronghold or some combo thereof? We’ll be watching to find out, JACK.

Mission Expanded: The Fall Season at The Bushwick Starr
Over the years, Noel Allain and Sue Kessler, with the help of many others, have taken a bare bones rehearsal room in a former industrial building, and grown it into The Bushwick Starr–a thriving cultural institution and a performance home for many of New York City’s most interesting experimental theatermakers.

The Starr is a small, low-budget space, but it serves a vital role in the Bushwick arts community, far from the polished glass and imposing façades of BAM and its ilk. The Starr, by contrast, invites its audiences in to get dirty (and drink companionably) with the work. Williamsburg and Bushwick are full of small, makeshift, rough-and-tumble performance spaces, but one thing that makes The Starr special is their commitment to their artists and to the larger scene.

The Starr recently added to their assets, leasing a studio space above the original loft black box. This additional workspace allowed them to launch a residency program, the Propeller Project. Designed for early career artists or others for whom the usual three-to-four-week run is a bit long, the residency is two-and-a-half weeks in the space before a four-show run. The short run lowers the fiscal pressure of production, allowing more freedom to seek out unusual or challenging work.

In an email, Allain wrote that “the work the companies have done in the space has blown us away. It’s going to be a great year.” The season begins with work by the most recent residents, Katy Pyle and Jules Skloot, performing Covers. In the larger theater space at The Starr, The Debate Society, a small theater powerhouse, will present Blood Play, Oct. 3-27. 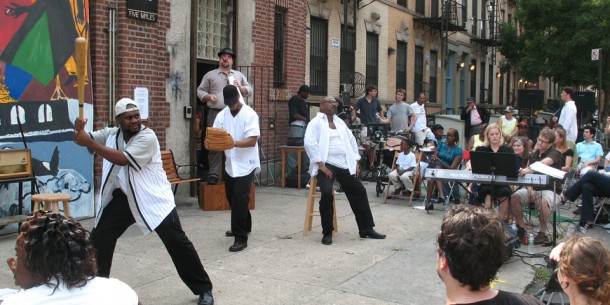 Adventures in Theater: The BEAT Festival
Coming Sept. 12-23, BEAT is a new festival that bills itself as “the first festival for Brooklyn’s emerging performing artists.” A mix of new work and internationally famous favorites making their Brooklyn debut, BEAT will bring performances to non-traditional venues across the borough, including The Waterfront Museum and The Coney Island Sideshow Theater. “Brooklyn,” Stephen Shelley, festival artistic director says, “is home to the world’s best performing artists, and we felt there should be a meaningful, annual way for them to showcase their work.” The full lineup is here, and all tickets are $20.

Potential standouts include the Brooklyn premieres of Lemon Andersen’s one-man show County of Kings (Sept. 12, Irondale Center) and Elevator Repair Service’s Shuffle, a mash-up of their acclaimed adaptations of classic texts including The Great Gatsby and The Sun Also Rises (Sept. 20-22, Brooklyn Public Library). And, anyone with a yen for audience participation should get to Noémie Lafrance’s Choreography for Audiences–Take One (Sept. 15, Irondale Center).