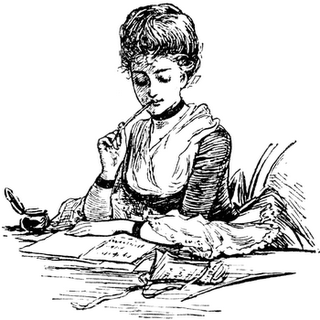 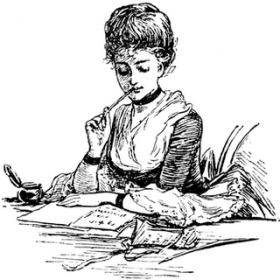 I’ve written a bit about etiquette here at The Freelance Life, but this week I want to focus on a solitary issue that is close to my heart. To be fair, I’m fully aware that many freelancers, if not most, disagree with me on this issue, but I nonetheless feel it worth bringing up. To be fair, I’ve never been an editor for an extremely busy blog. I have however, been an editor, and dealt with writer submissions and endless emails from publicists and the like, and I still feel strongly about this issue.

We no longer strive for perfection in our correspondences, or even charm. Think back to a time when the majority of writer/editor correspondences and submissions took place through the mail. In all likelihood any pre-email correspondence between an editor and one of their writers was full of, not only more content, better, more expressive sentences and a better understanding of the subject at hand, but more character as well. After all, we are in the business of words, the business of using words to express thoughts and ideas and yet we’ve reached an era where we correspond with each other like nudniks, even discount those who try to elevate a correspondence beyond baseline communication.
In the digital age, accuracy and expression have been subverted in favor of brevity. I see this in my emails with editors and I see it in my emails with agents and publishers. This isn’t to say that longer correspondences are better, they aren’t. The ability tot be succinct is one of the most important qualities a journalist should have. I don’t condone wasting an editor’s time. I simply believe that we should always attempt to put some kind of character into our emails, that we should always attempt to personalize the impersonal.

If you’re an editor receiving a pitch or submission from a first time writer, in your acceptance or rejection of that pitch, say something kind or funny, or simply human. I’m not saying keep an arsenal of emoticons handy for work correspondences. The main idea I’m trying to get across: I’m consistently shocked how, in an industry that revolves around expression through language, writers are denigrated for doing just that in correspondences.

Finally, I firmly believe that writers should correspond with other writers. I attribute some of my follow-through and perseverance as a writer to my doing so. There was a time when young talented writers reached out across oceans to the most revered masters of the craft in order to start a correspondence from which they could hope to glean insight and inspiration, there are books made up of such exchanges. I’ve reached out to many writers whom I admire. Many of them didn’t respond, which I never hold against them, but from those that have, I ultimately gained exactly the kind of inspiration I was hoping for in reaching out. Any writing teacher will tell you to write every day, and if you’re not ready to jump into a story or chapter, a well-drafted correspondence can be just the ticket. Email isn’t always best for this sort of thing anymore. Dennis Cooper, for instance, corresponds with everyone who participates in the comments section of his blog, daily. I’m not saying that fans always deserve access to writers they admire or that authors should feel like they must respond to fan emails, but personally, I admire the authors who do or even make an attempt.

Follow me @jonreiss on Twitter for more complaints about the ways in which modernity is eating at away at my self and check out my tumblr for more of my work.

Below is a list of agents, editors, Publishers and writers who have in some way helped me keep from losing my mind. These are also folks with solid twitter accounts whom you should follow and I will continue to update this list in future TFL’s.

Jud Laghi, literary agent with his own shop

Brooklyn Based, sure I’m biased but Annaliese Griffin and Nicole Davis are the epitome of what I mean by editors with a knack for correspondence [Aw shucks…but seriously, you should see the unanswered emails in our inboxes. –Eds}

Vanessa Veselka, author of Zazen, one of the most unique and beautiful books of last year

Neal Pollack, writer of many books, such as Jewball, thinker of many thoughts

Alex Gilvarry, author of From The Memoirs of a Non-Enemy-Combatant