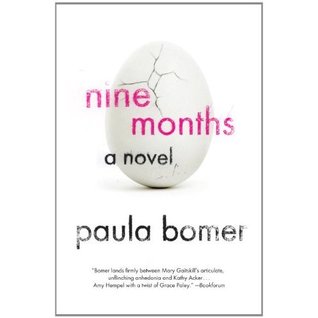 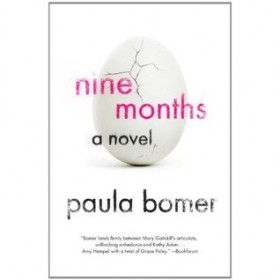 If you've ever wanted to run away from your life, read this now.

Armchair/Shotgun, a Brooklyn-based literary magazine with an anonymous submissions policy, recently released their third issue, and every story in it was written by a woman. The editors did not set out to put together an all-female line-up, those were just the submissions that they liked the best. That anonymous submission policy, in which editors do not see authors names until they have already chosen each issue’s work, aims to avoid any potential prejudices including gender and past publishing experience. This all-woman issue got me thinking about gender in publishing.

The literary world is generally considered to be pretty enlightened when it comes to issues like human rights, race, gender and sexuality. It’s just innate. We, or at least I, consider it a given that artists and intellectuals are open minded. As a result, it’s often within artistic, intellectual communities that racism, sexism, and myriad forms of subtle bigotry manage to grow roots. Though I associate intellect and empathy with authors of the world, I also know that the New York literati of past and present has boys club tendencies. Even in a industry where women are many, if not the majority, of the most important players, sexism still lives and breathes.

I’ve been fortunate to find myself in the company of many brilliant female writers since moving to New York. My first-ever mentor was a woman who most certainly faced her own struggles being pigeonholed by the literary press, the public, and even by family and friends. I’d often hear the occasional quip that my relationship with her was “weird.” The subtext was both, “If a male spends a certain of amount time around a female, it must be sexually motivated” and, even worse, “What could a male writer have to learn from a female writer?” In truth, I’ve ultimately found myself more connected to female writers, editors and agents since becoming involved in the literary world. This may just be a matter of chance, or it may be a whole host of other things.

Sometimes that sexism is so subtle you don’t see it happening–or even realize when you’re the one perpetrating it.  I recently received a stack of new books that included Paula Bomer’s Nine Months. I’m a bit embarrassed to admit that Nine Months found its way to bottom of the stack because I didn’t want to read another pregnancy romp. How many pregnancy romps have I actually read? I’m not sure I’ve read any. Having finally gotten around to Nine Months, I immediately felt like a knob, as it proved to be my favorite in the stack, and one of the best books I’d read in years. The experience forced me to look at my own prejudices against books that scan as being “for women.” The assumption that a book about a post-college woman living in New York (or another city) is going to read like a novelization of The New Girl, is not only unfair, it’s false. Looking back, the majority of my favorite novels of the past two years are written by women. Julliann Garey’s, Too Bright to Hear to Loud to See, Bronwen Hruska’s Accelerated, Kio Stark’s Follow Me Down, Vanessa Veslka’s Zazen, are just the few that come to mind.

Women writers aren’t the only ones who are left out of the literary boys club, either.

While working on my first novel, agents, editors and friends who read early drafts questioned the ambiguous sexual preferences of my protagonist and expressed fears that those ambiguities would make for a non-relatable main character. I wrote a piece on The Red Lemonade blog about this issue and eventually left the ambiguity in the novel. Gay writers, or writers who write about gay characters, often face a similar marginalization–being reduced only to Gay Writers, much as female writers face being pigeonholed into Chick Lit, and their books characterized as some manifestation of the post-Sex and The City literary craze.

I also think about the JT Leroy scandal quite a bit. Laura Albert was the author of The Heart is Deceitful Above All Things and Sarah, novels that sold well and were generally well received. The only catch was, she wrote them under a pseudonym and hired a female friend to dress up a boy and pose as JT Leroy, the supposed author of these books. Once the truth was revealed, angry readers made the argument that had been especially impressed because the author was young. They argued that people felt sympathy for “JT Leroy” because he was supposedly HIV positive. They argued that the author roped in more experienced authors to help JT with editing, and getting published, based on his sad story. Having experienced the extent to which publishing can be a club, and how often authors are hesitant to mentor, advise or even read the work of young authors, it’s hard not to empathize with reasons why Albert may have done what she did.

Additionally, Albert claims that she, as a middle aged, overweight woman, couldn’t sell her writing, only when she became a cute 18-year-old-boy did doors begin to open. I feel pretty strongly that the villainization of Albert was unwarranted. I mean, writers of fiction are supposed to be adept at doing just that–creating fictions. The real revelation wasn’t Albert’s deception, so much as how we pre-judge books by their authors.

For more of my work check out my Tumblr and follow me on twitter @jonreiss for more on my freelance, chick chasin’, meat eatin’, fart makin’ life.