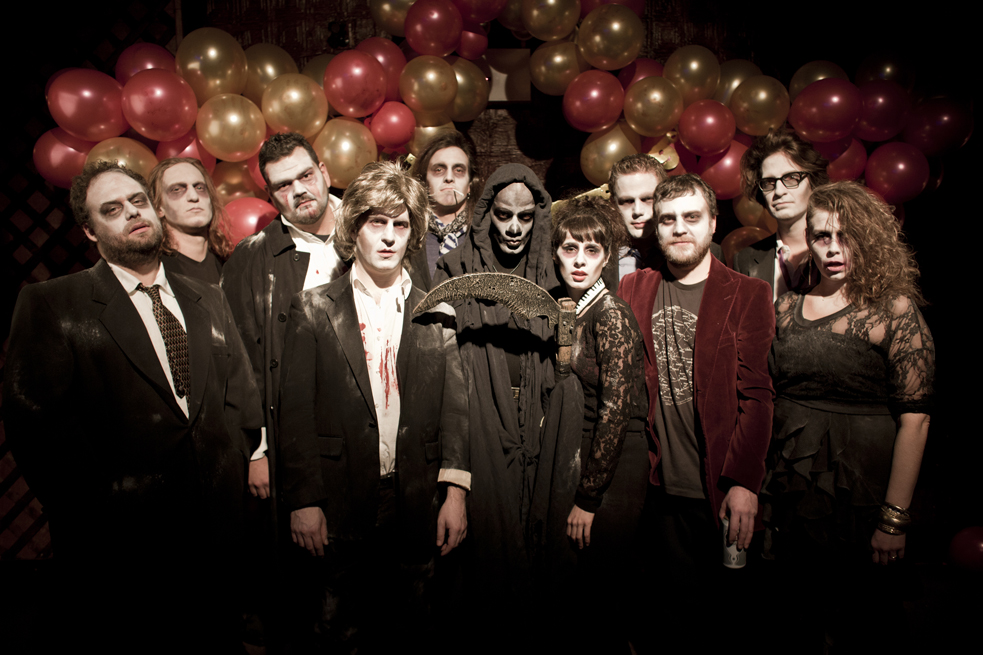 Halloween! For serious party goers, it’s probably the most important underground holiday of the year, with its imperatives for make-believe, theatricality, and all-out, over-the-top spectacle. And for casual revelers, it’s just a good excuse to dress up and dance.

We’ve updated our previously mammoth list to include these night-of Halloween parties that not even Sandy could put a damper on.—Oriana Leckert of Brooklyn Spaces

Halloween Hellraiser at The Autumn Bowl, Greenpoint
10/31, 8pm, $25 in advance

One of the few Halloween parties on Halloween itself, this one is held in the massive, 19th century-era American Rope Factory in Greenpoint temporarily known as the Autumn Bowl, and they’re bringing in a big gun for it: spastic party rocker Andrew W.K! DJs Creep and Ice Balloons will also have sets, and curators Nuit Blanche New York are turning the industrial space into a “macabre audio-visual environment” for your eerie enjoyment.

Awesome neighborhood blog Greenpointers offers a terrific excuse to call in sick to work on Thursday (which won’t be so hard considering subways will still be out). Music by MR NYSE will keep you dancing all night, and “bad couple” costumes are encouraged—suggestions include “fat hipster & skinny jeans,” “Mitt & binders,” and “Lincoln Restler & Chris Olechowski.”

Every year Alana Amram throws this party with 20-30 bands dressing up as other bands and playing covers all night long. This year, bands will be paying tribute to The Stooges, The Beatles, Bauhaus, Led Zeppelin, The Cramps, Blondie and more. It’s only $5, so buy your ticket now!

Halloween Covers Show, Death By Audio, Williamsburg
8pm, $7 (discounted if you dress up)

Not unlike Monster Mash, Death by Audio also hosts an annual Halloween party where local acts perform covers of their favorite bands. Noise-punk band Sleepies will be playing the songs of The Pixies; Acid Problem will stand-in as the Ramones; Mr. Dream as Siouxsie and the Banshees; and Heaven’s Gate will perform Joy Division.