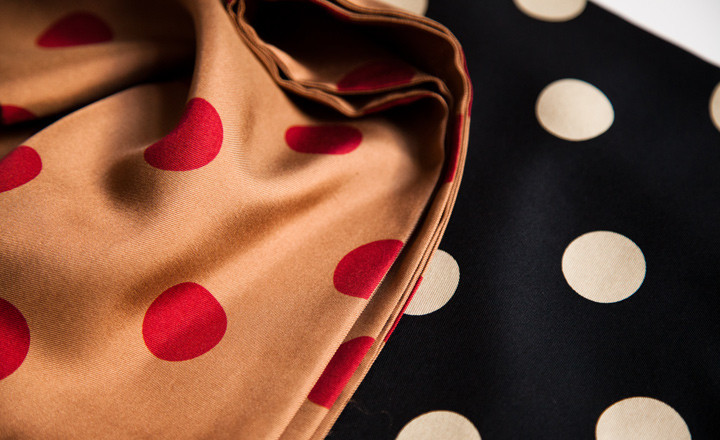 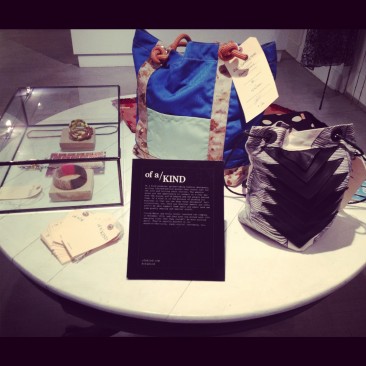 Online indie style powerhouse Of A Kind is collaborating with Thistle and Clover.

When describing my former neighborhood to out-of-towners tangentially familiar with the workings of Brooklyn, I place the greater Fort Greene/Clinton Hill/Bed-Stuy metroplex as between two poles often more familiar to those with a penchant for Bored to Death and Girls.

Greater Fort Greene’s geographic juxtaposition between Williamsburg and Park Slope is certainly indisputable. Nearly as entrenched, however, is the area’s position in the style wavelength between the see-all and tape-all parade of Bedford Avenue and the stately stroller brigade of the lower building numbers of Fifth Avenue. But beyond that, the nabe has come into its own, rising to the top of those-coveted-yet ignored neighborhood rankings that take into account proximity to subway lines (C and G trains notwithstanding), restaurants and overall de rigueur attitude.

For Fort Green regulars and residents, it’s not breaking news that the neighborhood has long been styling. What is indeed timely on the Fort Greene scene are paradigm—or less pretentiously, collection—shifts at two Fort Greene stores adored by residents of the 11205 and fashion editors alike.

Thistle & Clover is an indie boutique on DeKalb that has championed independent design since its March 2008 inception. Beyond its regular trunk shows and event nights full of bubbly and sweetmeats, store proprietors Rand Niederhoffer and Camilla Gale run a quarterly call for new designers, with the winner getting the opportunity to have Thistle & Clover carry the store’s line.

But this October, the new line of the month is effectively a whole new store-within-a store. Voilà the temporary Fort Greene residence of Of a Kind, an online boutique that profiles the collection of one up-and-coming artist at a time, with limited runs of a given item. Popping up in real life at a Thistle & Clover near you are pieces by designers ACB, Collina Strada, DLC Brooklyn, Erin Considine, Highlow, Shipley & Halmos and Yarbie. 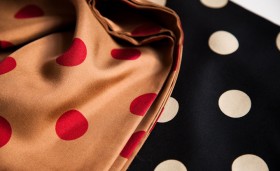 A pick to get you through the mercurial autumn weather is the polka-dot silk-and-cotton blend Shipley & Halmos scarf, $120. Made in NYC, the black-and-white aesthetic lends itself to seasonal transition outerwear as effortlessly as it enlivens a simple shift dress or sweater. Its classic styling and versatility—not to mention packability—make for prime early holiday gift shopping. A tan-and-cherry red number is also available, redolent of caramel apples and evocative of the all-American hues of New England prepsters. On that note, leading to literal redolence of autumnal cuisine: in keeping with the small batch theme, Thistle & Clover is selling a limited run of cookbooks featuring the recipes of 45 of their designers. On the bill of fare are olive oil carrot cake and basil pumpkin seed pesto. Pop into the store to grab a copy, free with purchase from the Of a Kind popup or $6 on its own.

Over at 85 Lafayette, boutique Stuart & Wright has undergone a rebranding or, as its website professes, an “evolution” into French Garment Cleaners Co., official as of October 9. The store and new collection owes its namesake to the giant purple 1960s sign atop the storefront, a Fort Greene landmark in its own right. The revamped website, frenchgarmentcleaners.com (stuartandwright.com redirects here), explains its transformation: “French Garment Cleaners combines Stuart & Wright’s well-curated collection of independent designers with a larger scope and a broader vision.” 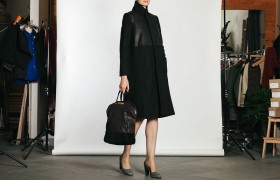 The Ardmore coat at Stuart & Wright.

The store still features men’s and women’s indie design standbys such as Rachel Comey, Band of Outsiders, rag & bone, A.P.C. and Isabel Marant. For fall 2012, the store’s women’s collections emphasize contrast—but in cut and material, rather than color. Black is but a backdrop to Rachel Comey’s Ardmore Coat, $738. Despite the piece’s straight lines, the coat’s stand-up Mandarin collar and slit pockets give a sense of movement congruent with a swing coat. Topping it off is the coat’s on-trend black leather trim, starting at the empire waist, with a wool skirt rounding it out. Essentially, the coat embraces mid-century tailoring with this season’s high street, if Lafayette Avenue is now embracing the British English trend as well as the leather one. Woodsy traditionalists might opt for the cream-and-brown patterned Pendleton Dolman Overcoat, $448. Give the neutrals a one-two punch of chili pepper red with Alasdair’s wrap-style Lola Dress, $715.

Because while the C and G trains might not be keeping up with the times, in Fort Greene, your style can stay right on track.