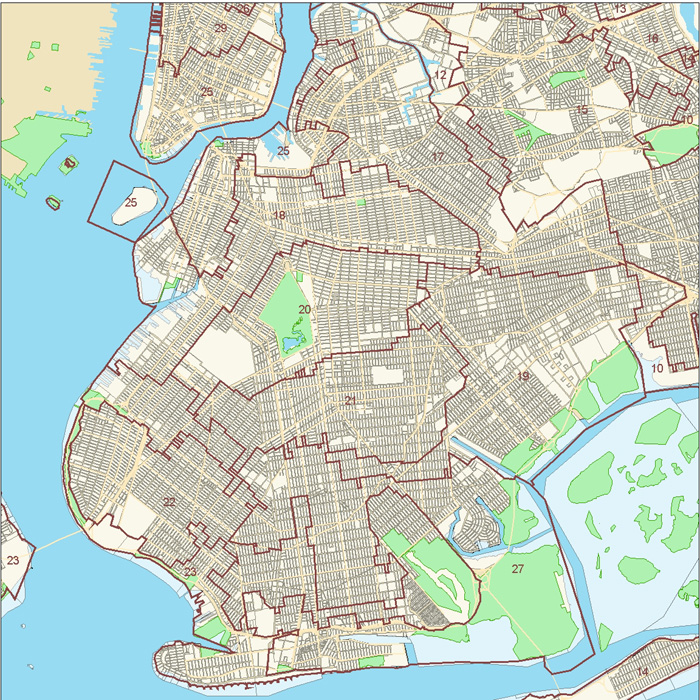 Even though many polling places are currently doubling as evacuation centers for Sandy refugees (and are normally busy schools and community centers) the election is coming and on Tuesday, Nov. 6 you should absolutely get yourself to the polls. If you’re wondering where exactly to vote, use the Board of Elections poll locator. Here’s our guide to the most contested races in the weird world of Brooklyn politics.

As it often goes New York, most of the big decisions are pretty well set long before the little people cast their votes. On the national stage, New York State is almost certainly clinched for President Obama and for Senator Kirsten Gillibrand.

In the south of the borough, there are some real races this year. U.S. Congressman Michael Grimm of District 13 in southwest Brooklyn and Staten Island has a serious publicity problem. Since winning his seat in the 2010 Republican wave, Grimm has only seemed to garner media attention for scandals like soliciting illegal campaign contributions from followers of an Israeli mystic or worker mistreatment at Healthalicious, a restaurant he used to own. His Democratic opponent, Mark Murphy, has certainly benefited from the easy ad copy. But Murphy has his own publicity problem, namely that nobody knows him. That, plus the fact that the district leans slightly Republican, may account for Grimm’s comfortable poll margin. The latest poll is from mid-September, though–a century ago in congressional elections. And the most recent finance filings show Murphy out-raising Grimm, which could imply that Murphy has made traction recently. 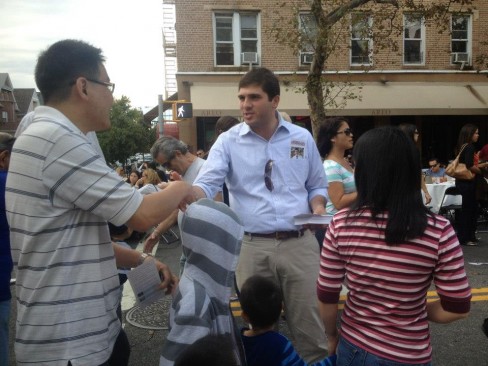 In the 22nd Senate District, which stretches from from Bay Ridge to Marine Park, ten-year incumbent State Senator Marty Golden, a Republican, is defending his seat against 27-year old Democrat, Andrew Gounardes. (Full disclosure, I worked on the Gounardes campaign for a few months.) New York Democrats are unlikely to take back the State Senate this year, but given how thin the Republican majority is, a Gounardes win would still hit Republicans hard. Golden is considered a local instution; Gounardes says he’s just never had a good challenger. Gounardes has been making substantive attacks on Golden’s record, like his vote against the Fair Pay Act for women’s pay, and he’s knocked on around 17,000 doors since the start of the campaign.

Simcha Felder, a Democrat, and David Storobin, Republican state senator, are fighting over the new “super-Jewish” 27th State Senate district in Borough Park and Midwood, and it beats me what the difference is between them. Felder is also running on the Conservative Party line. He “liked” Paul Ryan on Facebook, and his campaign staff refer to him as “the true conservative in the race.” Rumor is that the Democrat is in talks to join the Republican caucus if he wins. With the stars pointing to defeat, a harried Storobin is straining to remind voters that he’s Jewish too. 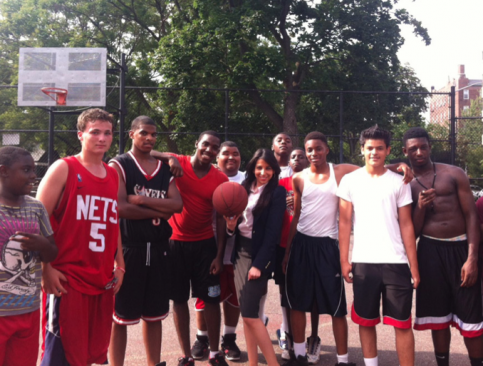 And, in State Senate District 21 in Flatbush, Mindy Meyer, a 22-year-old Republican who has been referred to in the press as “the magenta yenta,” is running against Democrat Kevin Parker, who has represented the area for 10 years. I’ll let her website do the talking.

North Brooklyn is so heavily Democratic that whomever won in the September primary for New York State Senate and Assembly faces very little competition in the November election. And those September primaries, and their winners, are dictated, to use a somewhat accurate cliché, in the smoky back rooms of old Italian restaurants.

After years of stomping on dissent, ramming blundering supporters into public leadership positions and many, meals at Peter Luger, Vito Lopez, old-school Kings County Democratic party boss and Bushwick state assemblyman, had his fall. When accusations of sexual harassment from former staffers started surfacing in September, Lopez was out as party chairman in a matter of days. His replacement, longtime supporter Frank Seddio, has so far made steps toward some of the transparency that reformers have long demanded.

Lopez still made his mark this year, though. Lincoln Restler, the torchbearer of the Brooklyn political reform movement, lost his reelection campaign for District Leader in Williamsburg, Greenpoint and Fort Greene to Lopez-backed Chris Olechowski by 19 votes. This wasn’t exactly the reformers’ Waterloo, though: The closeness of the race at least kept Restler’s name in the newspapers. That publicity will be valuable for Restler next year, when he’s expected to challenge Steve Levin, former Lopez chief of staff, for his City Council seat representing Brooklyn’s 33rd District, which runs from Gowanus up north along the East River to Greenpoint.