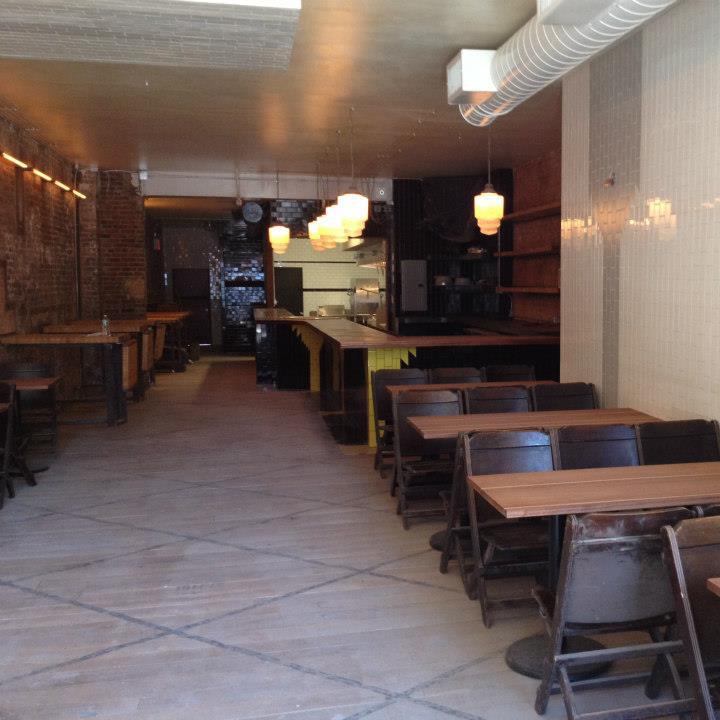 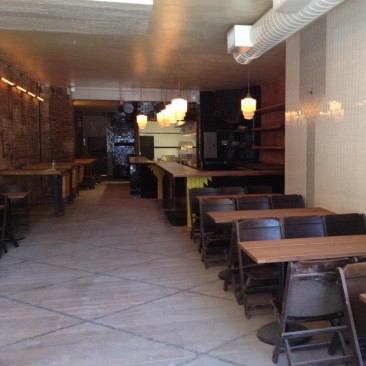 Probably the most anticipated opening yet on what is surely the borough’s fastest-growing restaurant strip, Mayfield debuted last week on Franklin Avenue in Crown Heights. Named for singer Curtis Mayfield, the soul food-influenced New American spot comes complete with your typical new-school Brooklyn mix of craft cocktails, creative small plates, rustic wood floors, and a subway tile-lined open kitchen. Predictably, it also came with a 40-comment-long gentrification debate on I Love Franklin Ave., a local blog I love, where readers argued over “white owners appropriating the name of a black musician known for his black consciousness for a hip restaurant that caters to an affluent, mostly-white audience in rapidly-gentrifying central Brooklyn.”

Despite those trepidations, it seems pretty clear the neighborhood is ready to welcome Mayfield to the fold–the wood-lined dining room, which is much larger than it looks from the outside, was packed to the brim when I checked it out this Saturday at 10pm.

The menu doesn’t deviate too far from the new Brooklyn norm (kale salad, heirloom beets, oyster raw bar…you know the deal) but does offer a few unique touches. The fried chicken craze is adapted here with buttermilk fried quail, crispy little morsels that come with a honey-dipping sauce, plus a savory cornmeal spoonbread and ultra-porky collard greens. That dish was delicious, but the best thing I tried was the pork chop saltimbocca, charred on the outside, rare-ish and juicy inside, served over a sweet-and-savory caramelized onion farro. Both entrees were tasty enough that I’m excited to return and try smaller plates like seared scallops with bacon-apple chutney, a maple-bacon BLT, and, yes–that kale salad.

I didn’t dig into cocktails (marathon training, ya’ll!) but I’m intrigued by options like the gold rush (bourbon, lemon, honey syrup), as well as the nice list of local craft beers.

The verdict: with apologies to gentrification-haters, a solid addition to the ‘hood. No doubt Mayfield will succeed.