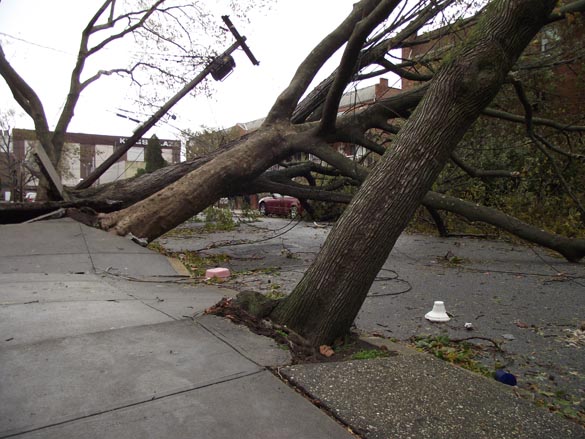 There have been wide reports of looting and dangerous conditions in the Rockaways (see the Daily News video above) and on Coney Island. We’ve been seeing some rumors about looting in Sheepshead Bay floating around too, so I called up Ned Berke, the editor of Sheepshead Bites, to find out what’s going down in southeast Brooklyn.

I caught him while he was trying to get power back at his house (it was a no-go–circuits started to smoke), so when I called back a bit later, we had a quick conversation about what is, and isn’t happening in his neighborhood. Berke told me that Sheepshead Bay, Gerritsen Beach, Marine Park and the surrounding neighborhoods were hit hard by the storm (see the video from Sheepshead Bites, above). As in Red Hook and the Rockaways, people are pumping water from their homes, and trying to salvage and clean up as best they can. He also said that he has not seen or heard of any looting going on in the area. 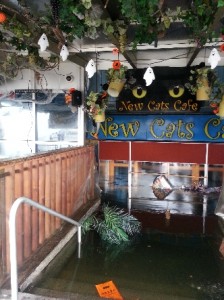 In fact, Berke told me that this morning his neighbor was draining the gasoline from his flood-wrecked car so he could use it elsewhere, when the police came by and asked to see his identification and registration to make sure he wasn’t stealing the gas from someone else.

He also mentioned that reports of unresponsiveness on the part of the Red Cross are due to an incorrect phone number that has been going around. The proper number to call for assistance is 1-877-733-2767.

I’ll check back with with Berke to see how the neighborhood is doing. Does anyone have any other Sheepshead Bay or south Brooklyn stories to share? If you want to help with the clean up, some locals have started a Facebook page called, Clean Up Sheepshead Bay.