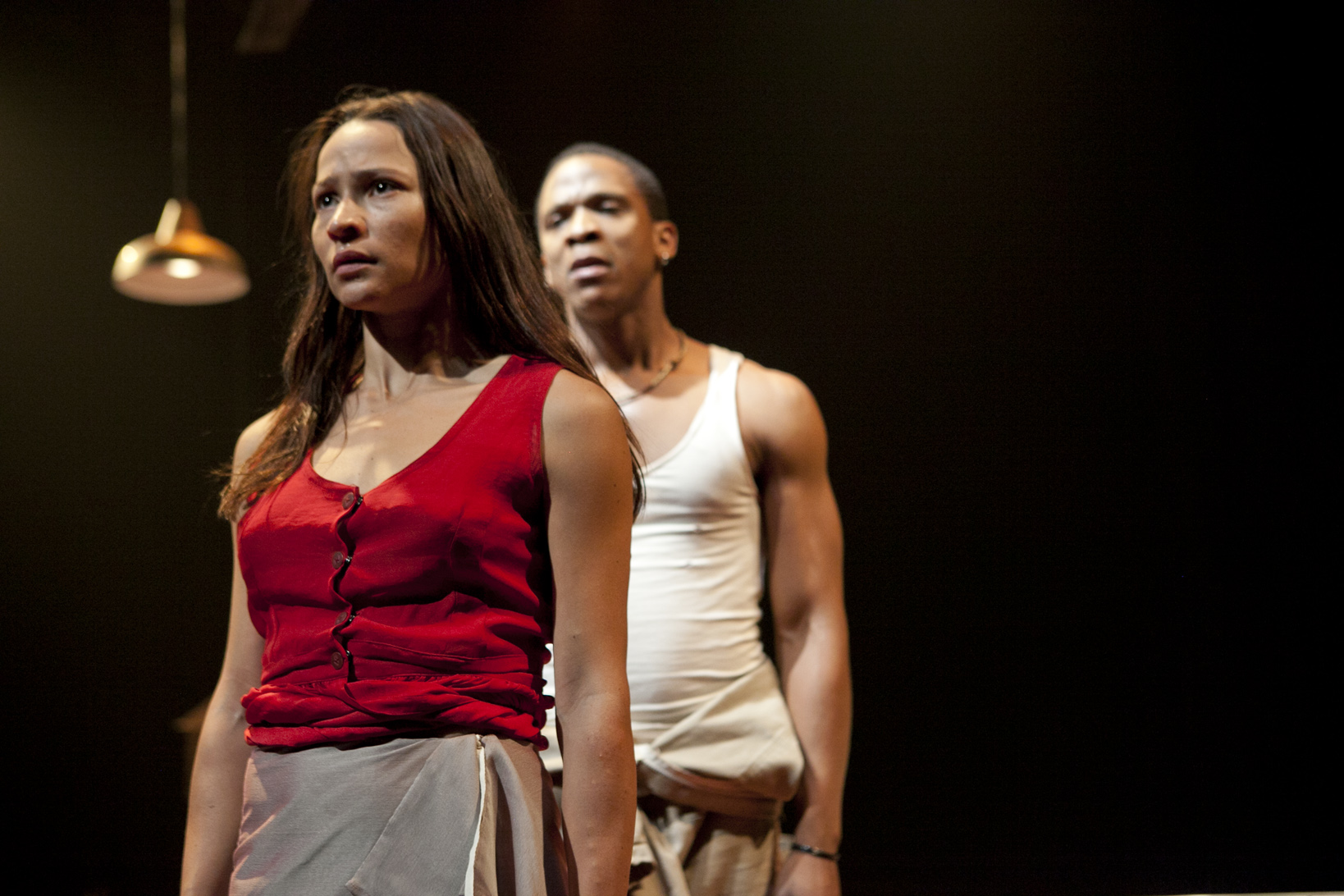 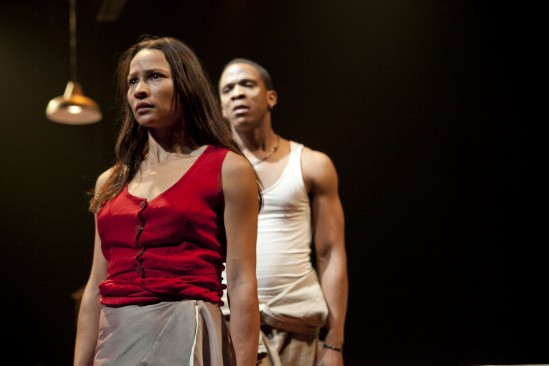 As waterfront businesses and theater venues across the borough dug out, repaired, and assessed damage two weeks after Sandy, one DUMBO venue quietly opened its brand-new doors to the public. Veteran presenting space St. Ann’s Warehouse left its longtime home at 38 Water Street in the spring of 2012, promising a speedy return. This new opening in the wake of the storm mirrors an earlier time for St. Ann’s, which opened the Warehouse on Water Street just after September 11, 2001. The new space, at 29 Jay Street, resembles the old in its deceptively unassuming entrance (a modest red door), and in the cavernous height of its ceilings. The familiar posters from past productions line the dimly lit walls, which are painted the same reds and grays. The lobby space is more confined and businesslike, with less room to wander.

In full knowledge that a certain breed of audience member was prone to getting lost on the way to their old, established location, St. Ann’s takes no chances with the new one, contacting ticketholders by email the day before to remind them of the change and to suggest directions. Despite their best efforts, I arrived late (and I blame the C train, but that’s no excuse), and was humbly grateful at the lack of the deserved shaming on behalf of venue staff.

The theater space, as best as can be told from one production, is very similar to that of the old St. Ann’s space—tall, curtained, and flexible.

In either location, St. Ann’s attracts or selects pieces that make extensive use of fog, further broadening the space’s perceived dimensions, and in this, season opener Mies Julie is no exception. The fog machine pumps for the better part of the 90-minute production, accompanied by the near-constant hum and thrum of onstage and offstage musicians and the ghostly gliding of a menacing ‘ancestor.’

Mies Julie is an adaptation of August Strindberg’s 1888 play Miss Julie, a play that is often seen as one of the first ‘naturalistic’ pieces. Mies Julie retains the kitchen setting and the class and sex warfare of the original, but uses both for its own purposes, to tell a modern South African story. The place is the ‘semi-desert’ Karoo farming region. Writer/Director Yael Farber has taken a free hand to the text, switching up the identity of one of the characters, and bringing several climatic offstage scenes onstage.

The result is powerful (and very bloody), and Hilda Chronje (as Boer heiress Julie) and Bongile Mantsai (as ‘Kaffir’ valet John) have a changeable and dangerous chemistry. The production’s impact is undermined, though, by its didacticism, a flaw it shares with the original. The symbolism! The pain! The nakedness! The relentless significance verging on lecture is a little much, but it’s easy to imagine that it hit a more dangerous nerve in even today’s South Africa, as Miss Julie did at its long-ago premiere. No one could call this kind of theater subtle, but it is raw, watchable, and fast-paced.

Mies Julie opened on November 11 and runs through December 2 (tickets start at $35 for members, $40 for general public). See the website at stannswarehouse.org for the rest of the winter season. Welcome back, St. Ann’s.