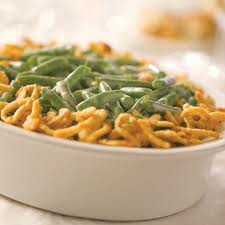 There's not a lot of green bean casserole on these menus.

Are you still trying to figure out your Thanksgiving situation? It’s not too late too book a reservation at number of restaurants. We called around to find a few places that still have reservations. It turns out that the Thanksgiving reservation game changes frequently–people often double book, or accept invitations from friends at the last minute. So if you couldn’t get in somewhere when you called earlier in the week, it’s worth trying again. All these prices are without tip and tax and booze.

If you’re going to someone’s house and really want to wow with a dessert, you can also order lemon-ricotta or pumpkin cheesecakes from their new line of artisanal goods called Cecil & Merl. The cheesecakes are loaf shaped for extra graham crust goodness in each bite. Call 347-405-9981 to order, $55.

Dressler, South Williamsburg, 718-384-6343, $85
There were just a few reservations open when we called, but the host recommended calling back tomorrow–she explained that they expected some cancellations. Highlights include lobster stew and cranberry sorbet. Turkey? Heritage turkey breast roulade with confit leg, cornbread stuffing, swiss chard, cranberry and gravy. Not veggie friendly.

Palo Santo, Park Slope, 718-636-6311, $60, $30 for kids under 8 years old
There are reservations throughout the day still available at Palo Santo, but the host we spoke with said that she anticipated that Wednesday would be a big reservation day, so call sooner rather than later. Highlights include stuffed avocados, roasted lamb chops and a dessert tasting. For turkey there’s a choice of braised dark meat in mole poblano or roasted white meat with traditional fixings, both heritage breeds. Veggie friendly.

61 Local, Cobble Hill, RSVP, $20, 6pm
This is an ideal solution if you want to have an informal, inexpensive Thanksgiving with friends, but you just don’t have the space or inclination to do it at home. Owner Dave Liatti has partnered with Stacey Murphy, founder of BK Farmyards to prepare a veggie-centric harvest meal. The party starts at 6pm and tickets include a drink at the bar. Details and RSVP on Facebook.