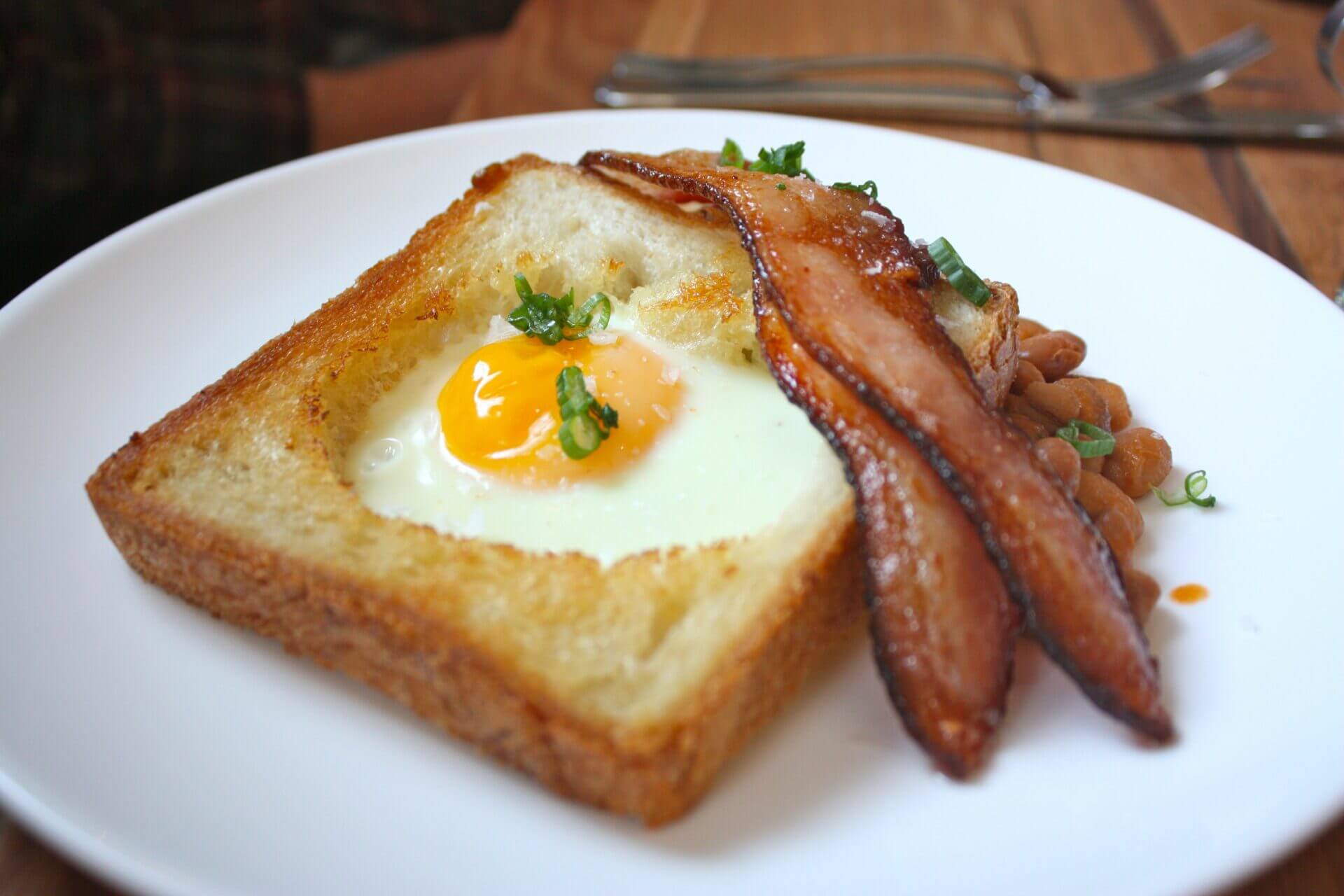 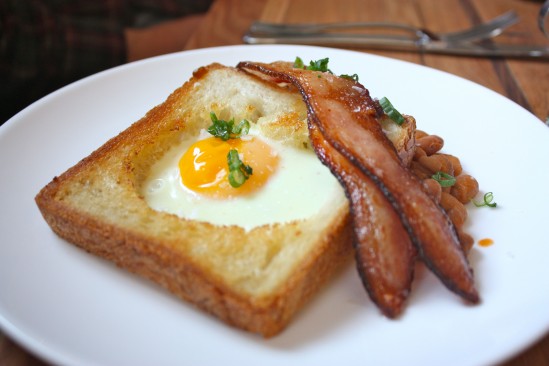 Egg in a basket is one of the classic brunch staples on Sunshine Co’s menu.

Prospect Heights breakfast lovers who tire of the epic lines at Tom’s, the neighborhood diner and institution, now have another option. The Sunshine Food Products bodega just across the street on Sterling Place has been reborn as Sunshine Co.

The new eatery from the owners of nearby Milk Bar is a far cry from a corner store, with a stylish black-and-white tile floor and a DJ booth cut into the custom wood bar. While the restaurant is awaiting a liquor license before launching dinner service, it recently rolled out brunch, which is available seven days a week.

The space is beautiful and it’s worth popping in just for coffee and the first thing on the menu–fresh crumpets slathered in bacon marmalade, a savory spread with juicy bits of thick-cut bacon, more meat product than jam. Elsewhere, the brunch entrees range from standards including egg in a basket with baked beans and bacon to heartier fare like chicken fried steak with fried eggs and gravy. The food is promising if uneven. “Ricotta sage pancakes” were supremely fluffy but offered not even a hint of sage; a salt cod hash was surprisingly light on the salt cod; a short rib sandwich on a crispy baguette was tasty but was missing a sauce or something to really set it off (should have saved some of that bacon marmalade). The least brunch-y item on the menu, an inventive parsnip salad, was actually the best of the bunch: roasted slivers of the tuber were smothered in a pomegranate molasses and mixed with walnuts and romaine, for a crunchy-meets-creamy success.

While a mimosa-free brunch will be a deal-breaker for some, Sunshine Co. gets inventive with the non-alcoholic drinks, offering a pomegranate rickey with housemade grenadine, fresh ginger soda and a honey-thyme lemonade. All in all, plenty of kinks to work out, but lots of potential—we’ll be excited to see what they do with the dinner menu.