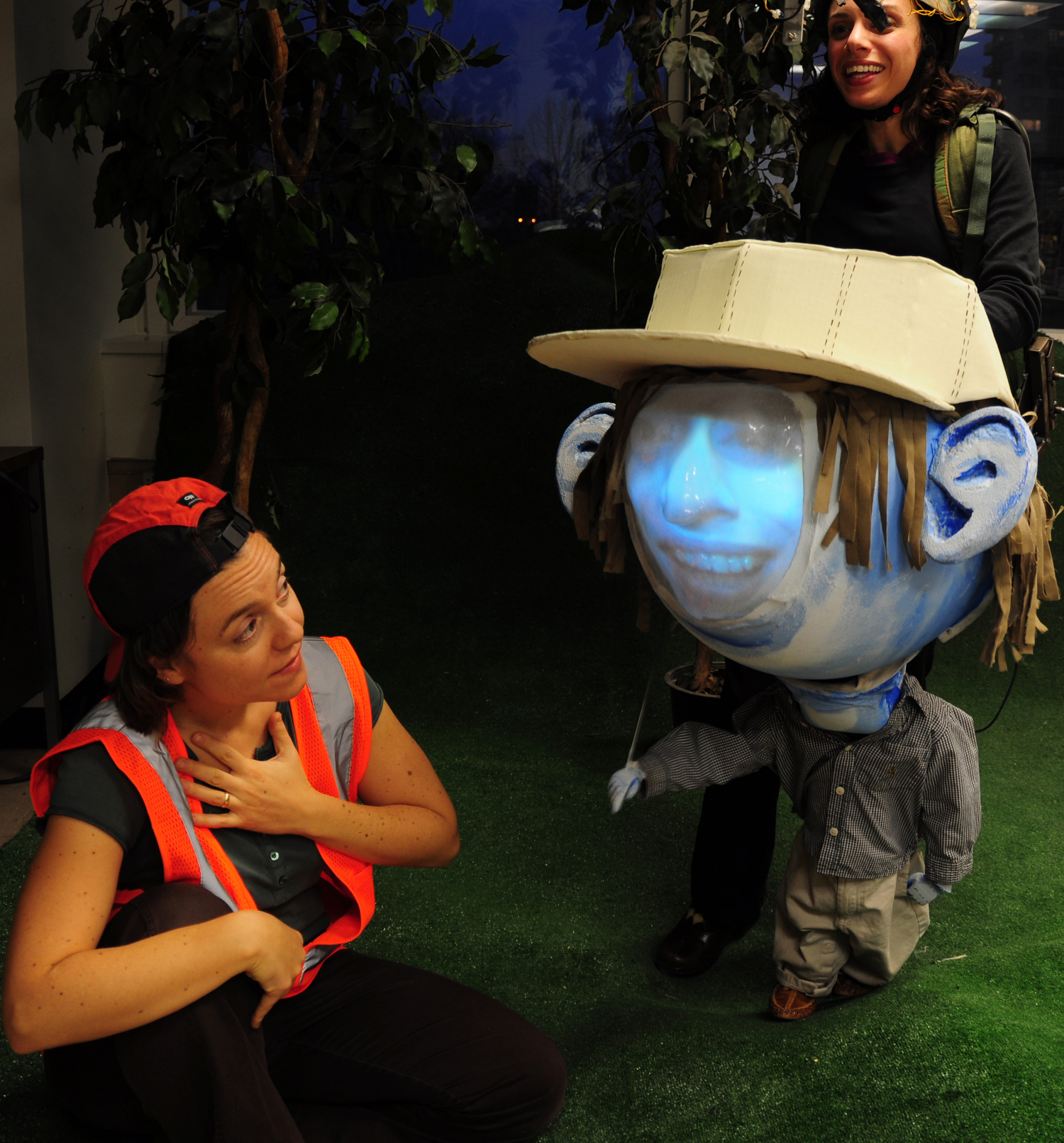 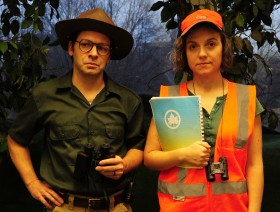 The 2010 Park Slope tornado inspired Erin Courtney to write The Service Road, a play about a storm of mythic proportions and a Prospect Park nature guide’s quest for redemption. In the play, which opens tomorrow at the Voorhees Theater at NYC College of Technology in Downtown Brooklyn, the guide searches for a lost child, navigating through a minefield of downed trees, unexpected meetings, hostile voices in her head, and her own entangled courage and fear–as well as some wild multimedia puppets.

Then Sandy hit, and creating a play about a storm in the context of a new and far more devastating storm became a powerful, and often personal experience for everyone on the team of Adhesive Theater Project’s latest production.

Cory Einbinder and Kalle Macrides, who star in The Service Road, are the husband and wife team behind Adhesive Theater Project, the current artists-in-residence at NYC College of Technology. From the beginning, their students, several of whom lost property or homes to Hurricane Sandy, played an integral role in the production and its design. At the Rockaway home of the student sound assistant, a hard drive containing the show’s sound cues miraculously survived by floating up to the ceiling on a mattress. The rest of the house was not so lucky.

For each theater piece that Adhesive produces, they actively seek out unusual collaborators, often people in non-theater fields including fashion, science, visual arts and engineering. When Einbinder and Macrides asked their friend and mentor Erin Courtney to write a play for the two of them, they started with their shared love of Prospect Park, and the concept developed from there.
Einbinder and Macrides encouraged Courtney to incorporate a variety of visual elements and to add in impossible, supernatural moments where she saw fit.

“It was great to know that I could write in ghost dogs and dead geese capes and a chorus of tree children and that Cory would design props and puppets and projections to embody them,” said Courtney.

For Einbinder, puppets and mechanical wonder, which are a part of all of his work, embody “the essence of theatricality.” 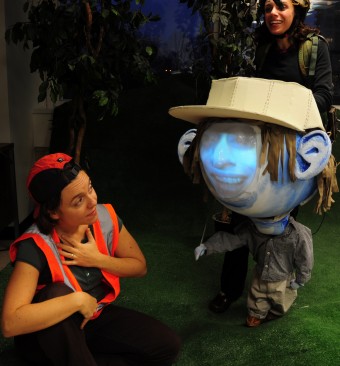 “I love to see a puppet come alive at the same time as seeing the mechanics behind the structure,” he said. “When I can see the puppeteer, the rods, and strings and still marvel at the puppeteer’s adeptness at bringing the inanimate to life, I know I’ve built a decent puppet.” Einbinder’s technical joy and expertise permeates the production design, and he created a key character–the Big-Headed Toddler–based on his own nature-loving son.

The Service Road is deeply personal, almost intimate.  Courtney, whose Obie-winning 2012 play A Map of Virtue offered an uncomfortably close look at fear, loss, cowardice, love and shame, has created a poetic and morally ambiguous fable of the wild places in Brooklyn residents’ lives and hearts, and a mirror of the losses that the community has shared.

The Service Road, directed by Meghan Finn, runs from Jan. 11 through Feb. 2 at the New York City College of Technology’s Voorhees Theatre (186 Jay St.) in Brooklyn. Tickets are $15 and $6 for students and can be purchased online or by calling 1-800-838-3006. The Jan. 14 performance is a pay what you will benefit, with all proceeds donated to students in NYCCT’s Entertainment Technology program who were severely affected by Hurricane Sandy.