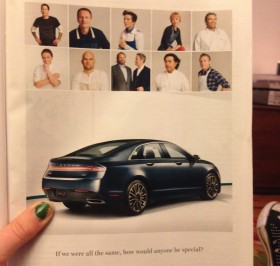 A wave of shock, disappointment, delight and relief has washed over the Brooklyn blogosphere in the week since Die Hipster announced that he would post no more forever. Over at Greenpointers, Jen celebrated the blog’s death knell, Sheepshead Bites has posted an anonymous ode of appreciation to Die Hipster, and The Brooklyn Paper produced a strange in memoriam mix of reporting and opinion, hipster haterade and gentrification idolation–which sort of sums up any Brooklyn Paper article, really.

I’ve written in the past about “the Die Hipster Bump” and about how I found it useful, and often funny to read his takedowns of bad art projects, twee grooming products and look-at-me culture in general. I’ve also written about how much Today’s Hipster Beating bothers me, and how DH seemed to have crossed the line from commentary to an actual call for real violence, especially in the comments section. I’ve never liked the homophobic undertone on DH–the obsession with “toothpick-limbed Ethans” and “nasally-voiced Calebs,” the regular use of the word “faggot” in the comments, and the general outrage that hipster men aren’t more, well, manly.

The blogger who is DH is genuinely smart and funny–to her delight he christened Greenpointers Jen, “Jentrify,” and when I tweeted the above photo of Brent Young from The Meat Hook in a Lincoln ad, he mocked it by encouraging hipsters everywhere to “reprebrent.” (I’m assuming he’s a man because no woman would ever obsess so much over “celery limbs” on men and not pick apart the physiques of hipster ladies as well–women don’t direct all their body snark at men.) Shutting down the blog so quickly, and closing all comments so that he couldn’t even get the satisfaction of the gnashing of teeth and rending of garments from his troll patrol seems out of character. I’m guessing that someone either outed him, or one of his commenters truly freaked him out by taking the hipster beating thing way too far.

Ultimately, Brooklyn will survive the loss of Die Hipster, just as it will survive the hipster inundation, the rezoning and gentrification of the North Brooklyn waterfront, the Barclays Center, Hurricane Sandy and whatever else comes our way. It’s a dynamic place, Brooklyn. What I worry about more is the inverse of DH’s obsession. What happens to all those little places that young, creative people are migrating from? Whether you think it’s a bane or a boon to our borough, Brooklyn is absorbing talent and energy from rural places that can’t so easily balance themselves out.

I’m a transplant, it’s true. But I’m not from Culdesacia, I’m from East Bumfuck. I don’t know shit about the burbs and won’t pretend to. What I can say, is that DH has never understood transplants from the sticks. I had never even heard of a trust fund until I went to college, and even then, I assumed it was like, $10,000 in savings bonds someone’s supersaver grandma had given them, that they would save for when they wanted to buy a house. In the tiny Vermont town where I grew up everyone had a job from the time they were old enough to get hired somewhere–usually at a nearby ski resort where dudes from New York would hit on us and ask whether our boyfriends ever fucked livestock. Even if your parents were well off (meaning they were nurses, teachers or small business owners), you paid for your own clothes and gas (and pot). And you damn well put half of it away for college. And if your name was Caleb? It was a sure bet that your sisters’ names were Hannah and Rachel and your family went to that weird church in the pre-fab building out on River Road.

When I go back to visit my mom I’m struck by how worn around the edges the town is, by how much it doesn’t change. I would say that at least 75 percent of the smartest, most dynamic people I went to high school with now live in Boston, New York or somewhere on the West Coast. There aren’t very many jobs in Southern Vermont, and it’s a big risk to start a small business in a sparsely populated place where people save more than they spend, and eye change with suspicion. My sister and brother-in-law, who live in Queens, have a friend from high school who moved back to Vermont, who begs them every time he sees them, to move back, to help him revitalize a sad former factory town that agreed to let the state build a prison in it in exchange for a bike path and a new rec center. They’ll move back eventually, but me, I don’t know. As a writer and an editor, Brooklyn is a much more fruitful place. I like not having to drive a car or own house. I like change.

Brooklyn? Brooklyn will be fine. Someday it won’t be cool (or even kewl) any more, but it will survive even that. It’s the sticks we should be fretting on.