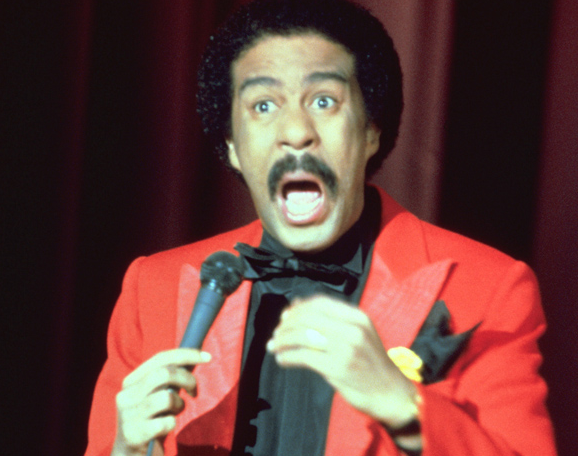 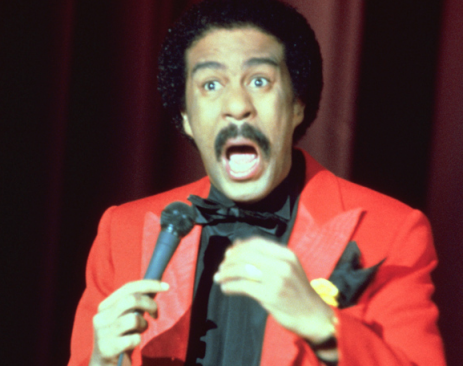 Richard Pryor in LIVE ON THE SUNSET STRIP, his most successful and candid concert film.

“Richard Pryor drew the line between comedy and tragedy as thin as one could possibly paint it.”—Bill Cosby

Beginning this Friday, BAMcinématek salutes one of comedy’s supreme bad-asses, and in his own words, it “ain’t Johnny Carson, motherf****r.” The great Richard Pryor grew up in the bars and whorehouses of Peoria, Illinois, started out here in New York performing alongside Woody Allen, Bob Dylan, and Nina Simone in the 1960s, and very quickly became one of the realest, most profane comedians to ever hold a mic. But it wasn’t just his honesty and audacity that captured the audience, it was the subtle brilliance of his delivery. He was a master of the stage and could move swiftly through a variety of voices, faces, and postures without ever missing a beat—one minute imitating the entire animal kingdom in a jungle scene, the next waxing philosophical on the intricacies of black American identity, then shutting up a belligerent audience member with a perfectly deployed f-bomb.

And with all these gifts, he gave us stories that had never been heard before—stories of the street, merciless dissections of his own private scandals, and some of the most explosive commentary on the state of the nation the entertainment world has ever known. Pryor reset the political and emotional parameters of American comedy in such a radical way that when the John F. Kennedy Center for Performing Arts established the Mark Twain Prize for American Humor in the late 1990s, he was an obvious choice to be its very first recipient.

From Eddie Murphy to Chris Rock, major comedians who followed in Pryor’s footsteps have been inspired by this no-holds-barred approach to language, particularly its expression of the dangers and contradictions of navigating racist America. In an in-depth New Yorker profile published in 1999, Hilton Als, one of this retrospective’s special guests, noted that Pryor was the first black-American spoken-word artist to avoid the trap of pandering to white liberal tastes, and his repeated use of the “n” word (often to chilling effect) was part of this racial forthrightness.

Alongside his bracing candor ran a current of fear, anxiety, and sadness. Whether in his manic recreation of the world of a junkie in his bravura stand-up performance in Richard Pryor Live on the Sunset Strip, or in his quiet empathy for the personal traumas of Billie Holiday in Lady Sings the Blues, or in his struggle with his MS-ravaged body in a brief cameo in David Lynch’s Lost Highway, Pryor matched his outrage with a vulnerability that allowed audiences of all races to connect with him.

“A Pryor Engagement” features Pryor’s very best film work, including cult classics like Car Wash and the Sidney Poitier-helmed Uptown Saturday Night, as well as neglected ‘70s curios like Dynamite Chicken and Some Call It Loving. The series is also highlighted by several double features (2 films for 1 admission!), including a double dose of Richard Pryor/Gene Wilder. The double features run on weekdays, and we’re giving away five pairs of tickets to the double feature of your choice. Just pick one, and tell us in an email us. Winners announced tomorrow at 2pm.