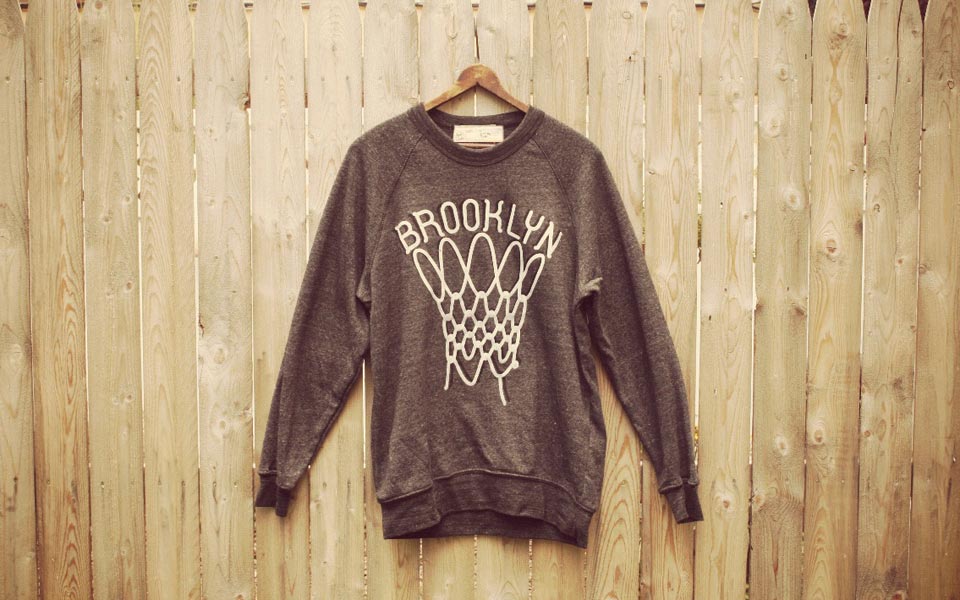 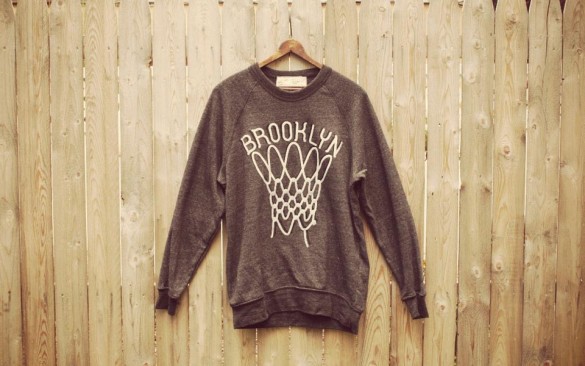 Clinton Van Gemert is no fan of the Nets logo, so he designed his own merch. Photo: Headhoods

When the new Brooklyn Nets logo was unveiled last spring, design critics weren’t shy about saying that it didn’t exactly have the same snap, crackle and pop as the borough it supposedly represents.

Jay Z, who owns a small percentage of the team, helped with the design and stated last May, after it was revealed, that he had wanted a bold logo that would stand the test of time. He said that the black-and-white color palette (the Nets are the only team in the NBA with a black-and-white-only logo) was intended to echo Dodgers-era NYC subway system signage–to be classic, old school and “gritty.”

In any case, the logo is definitely an upgrade over the jocky, cartoonish design nightmare that represented the New Jersey Nets. And, it’s not the last word on the team’s look. A wave of unofficial Nets gear has sprung up in the months since the first tip-off at the Barclays Center, and the aesthetic is all Brooklyn.

Clinton Van Gemert, a local artist and screenprinter, designed a stylized basketball net that hangs on an array of tees and sweatshirts as his revision for the Nets logo and look. The design is clean, classic and appealing to the eyes of the artistic Brooklyn crowd, much like the other tees he makes for his company, Headhoods. They’re available online or at Chop Shop in Williamsburg.

“The Brooklyn Nets [logo] lacks character and is weak from a typographic standpoint or in other words, boring,” Van Gemert wrote in an email to BB. “I plan to keep producing my design because I believe Brooklyn deserves better.”

Brooklyn Rock, owned by husband and wife, Chris Smith and Yukiko Wada, designs and screenprints Brooklyn-centric shirts, mugs, aprons and more. Until recently it was located at a pop-up shop adjacent to the Barclays Center, at 454 Dean St. Open until 11pm, the location sometimes functioned as a pit-stop for the sauced-up sports fans on their way home from the game. 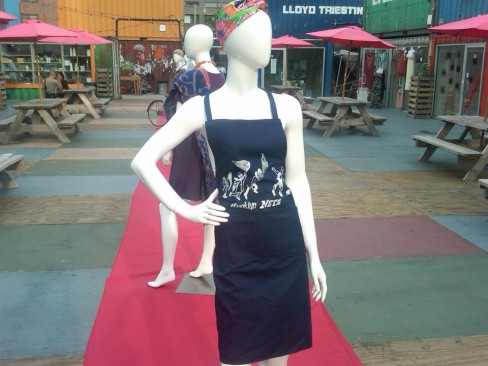 Made popular at its spot at the now defunct Dekalb Market, Brooklyn Rock’s take on the Brooklyn Nets features a line-drawing of three Dodgers-era cops holding nets and chasing a lone player. It’s playful and a little goofy–nostalgic but also a visual pun. Brooklyn Rock is moving to a new pop-up market with a performance space across from Nathan’s in Coney Island in mid-March. Their shirts are available at Owl + Thistle, Flying Squirrel and Mini Jake. 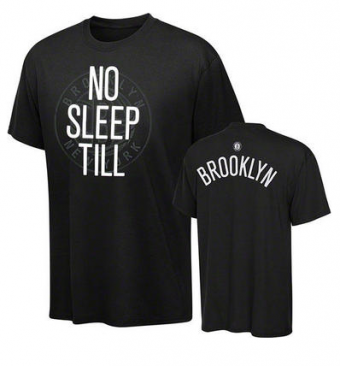 Even the official NBA gear is a little different than what you might expect. When the Nets debuted their merchandise at Modell’s Sporting Goods, across the street from the Barclays Center, the “No Sleep Till Brooklyn” tees–referencing the 1986 hit by the Beastie Boys–were the first to sell out (they’re back in stock now). You can also buy a T-shirt emblazoned with the slogan, “Brownstone Ballers” or one with pairs of sneakers dangling from “Brooklyn,” like those you still see thrown over power lines in neighborhoods around the city. The Knicks offer the same shirt with sneakers hanging from “New York,” but its orange and blue rendering just doesn’t do the design justice. Jay Z may just be on to something, at least when it comes to black and white.