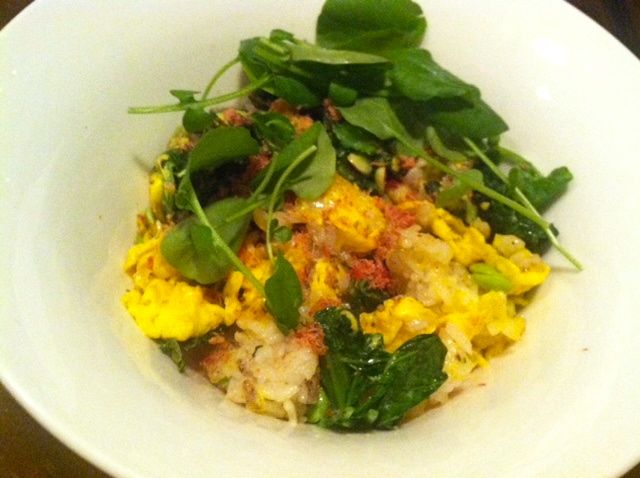 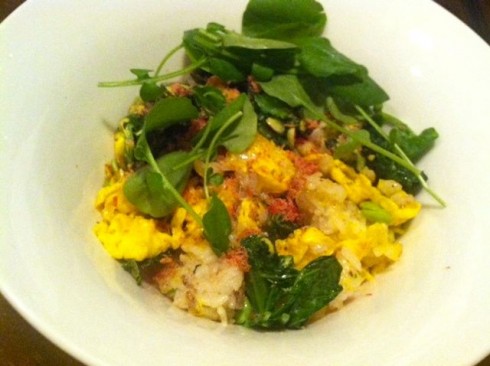 The team behind Carroll Gardens’ nouveau Southern spot, Seersucker, and popular breakfast/lunch spinoff, Smith Canteen, debuted its much-anticipated follow-up, Nightingale 9, last Thursday. A significant departure from what husband-and-wife owners Robert Newton and Kerry Diamond have done before, the new restaurant offers a menu with some Dixie-fied touches, but primarily inspired by Vietnamese street food. Of course, we all know that “inspired by ______ street food” translates into Brooklynese as “tiny portions of expensive ethnic fare.” But still, considering hipster Asian cuisine and artery-clogging, southern-fried goodness are the two most popular trends in local dining right now, it’s no suprise that the simple, almost cafeteria-like space was already packed on opening night.

There’s an ample beer and wine list, but since I’m on a bit of a detox kick, I started out with a fresh ginger lemonade instead. It was pleasantly sharp and tart but also about the size of a free diner oj, for $5. (Memo to Brooklyn restaurants in general: when did soft drinks get pound-for-pound more expensive than booze? If I make the choice to go liquor-free, shouldn’t I save money?!?)

The tasty-but-tiny motif continues onto the food menu, which features classic Vietnamese dishes, often amped up with ingredients from the American South. Designed for sharing, the menu is split into salads, appetizers, noodle soups, vermicelli bowls and jasmine rice dishes. I started with the Berkshire pork vermicelli bowl: marinated pork belly meatballs with grilled collards that were charred on the edges, vibrantly green and juicy in the middle. It’s a very nice dish, but at $12, definitely not a full meal for one, so I moved on to the fried rice with lard, country ham, mustard greens and Feather Ridge egg. The lard binds the white rice together in rich, gooey little clumps interspersed with bright green lima beans and hefty portions of scrambled eggs. Another successful dish, but not sure if I can justify the $11-for-half-a-portion price tag considering there’s not an expensive ingredient in the bowl, and you can get some damn good fried rice in this city for a helluva lot less. I mean, the second ingredient listed is lard. Unless this is some artisan, Brooklyn-made, gourmet lard (and of course, that’s a distinct possibility), it seems to me this $11 dish takes about $1 to put together.

Dishes like Long Island squid with tamarind, peanuts and fried garlic and turmeric-coconut rice crepe with shitake mushrooms, bean sprouts and garlic chips round out the rest of the menu.The Berkshire pork makes another appearance on the appetizer list, paired with woodear mushrooms in a crispy “Vietnamese turnover.”

It’s not that Nightingale 9 is inordinately expensive for the neighborhood (if you’re ordering as a group, $25 each should ensure an ample amount of food to go around). But considering the purposefully low-key setting (simple white tables, scratched metal bar); simple presentation (sauces are added tableside); and downscale origins of the food, it does seem a bit overpriced. Maybe it’s not fair to say that this kind of cuisine can’t go fancy, but next time I have $25 to spare on Vietnamese food, I’ll probably hop over to Hanco’s and get a bahn mi for 1/5 the price instead.