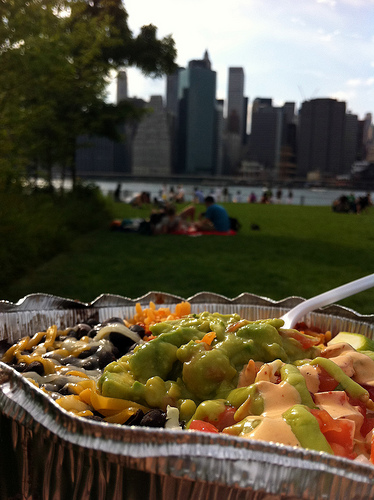 Has anyone else had enough of root vegetables at the farmers market and leftover jars of pickled everything at restaurants yet? Yes, even though we’ll still probably get hit with another snowstorm or two before winter officially ends, the beginning of March has warm-weather food on our minds, which is good timing because Brooklyn Bridge Park just announced some serious upgrades to its summer food offerings. The ever-expanding waterfront park will add four new food vendors this year in addition to the returning Calexico cart, Brooklyn Bridge Wine Bar and venerable tourist-draw, Blue Marble Ice Cream. 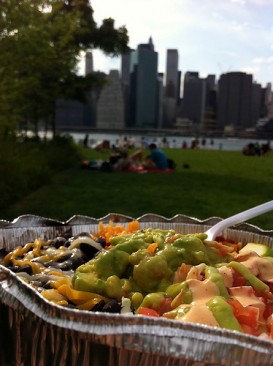 The biggest news is that Bark Hot Dogs is out of its enviable Pier 6 restaurant space (one of our favorite Brooklyn spots for drinks with a view), and the facility will be taken over by wood-fired-pizza purveyors, Fornino. That’s welcome news for south Brooklyn fans of the Williamsburg-based pizzeria because it doesn’t look so good for their Park Slope location. And yes, they’ll still be serving beer on the rooftop. Phew!

Over in Dumbo, the park has been hard at work rehabbing the Smokestack Building (at Water and Old Fulton streets). This summer the building will add walk-up food stands from two of our favorite sandwich slingers: No. 7 Sub will sell breakfast sandwiches and cold-pressed juices in addition to their crazypants heros; while Luke’s Lobster will make the East River jump to bring their popular lobster rolls, along with grilled cheese sandwiches and gluten-free soups.

Speaking of lobstah, there’s good news for those of you who really really really can’t wait for summer. Red Hook Lobster Pound, which had been closed since Sandy hit, reopened this weekend. If you’ve been looking for a way to lend a hand to the Red Hook recovery, it doesn’t get much easier than ordering a lobster BLT!