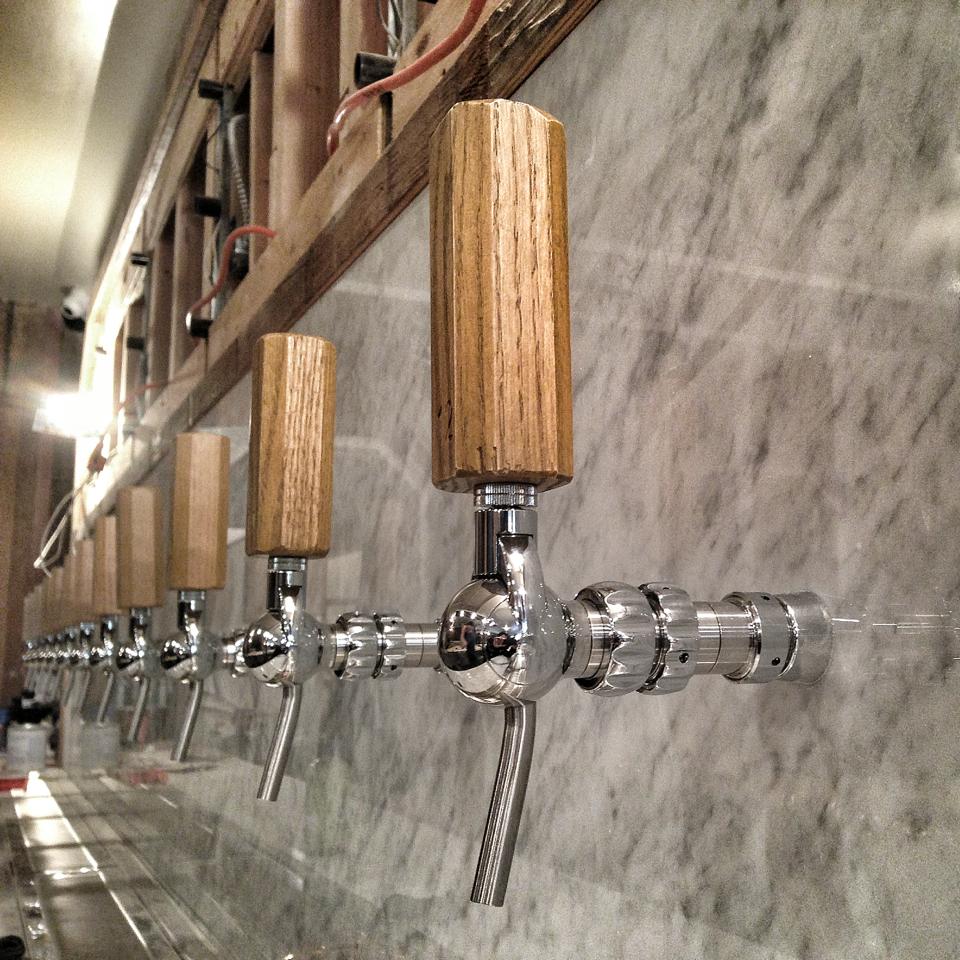 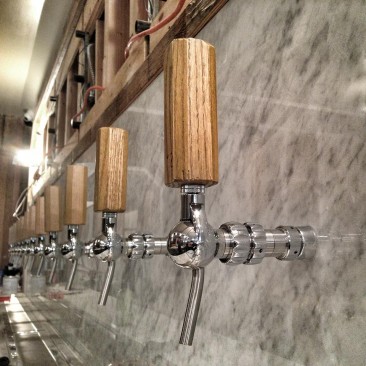 The bartenders at Torst, Greenpoint’s newest suds bar, control the CO2 and nitrogen in each draft they pour to make sure beers never fall flat. Photo: Torst

Despite our reputation as a bunch of PBR swillers, Brooklyn as of late has become more and more of a beer nerd’s playground, with a place to fill a growler on seemingly every corner. The arrival of Tørst, a fancy new suds bar in Greenpoint, may have even elevated the borough to a beer paradise, with hard-to-find brews of every stripe, including a rare lambic that goes for $100 a bottle and a vast selection of high-brow brews at significantly more palatable prices.

Tørst, which opened earlier this month, is the brainchild of Noma/Momofuku vet Daniel Burns and Jeppe Jarnit-Bjergsø of Denmark’s Evil Twin Brewing. It’s safe to say that there’s nothing else in Brooklyn quite like this.

The focal point of the narrow, Manhattan Avenue space is a marble bar fronted by 21 wood-topped taps, each one hooked up to a high-tech control panel that allows bartenders to modulate the carbon dioxide and nitrogen mixes of each pour, making sure you are never served a beer that is anywhere near flat. That commitment to quality pours is combined with a list of drafts that even a dedicated beer geek would be hard-pressed to recognize, ranging from Evil Twin’s cranberry sour ale to a smoked imperial stout from fellow Danish brewers Fanø. (Everything is coøler with an ø.) Closer to home, you’ll find a white and wheat sage saison from Baltimore’s Stillwater Artisanal Ales, among other obscure American offerings. Each one is served in a wine-style glass and available in two sizes; with a beer selection of this magnitude, stay small and sample several. Most small pours cost $6.

And then there’s the bottled beer list, featuring the likes of Cantillon Fou’Foune, a rare Bourdeaux-produced lambic infused with fresh French apricots and preserved in a limited number of 750ml, cork-finished bottles. One can be yours at Tørst for a cool $100.

For now, snacks are limited to meat and cheese plates, but Tørst promises a Scandinavian tasting table concept in the back room, starting later this spring.

So, dive bar this isn’t. The marble bar, $100 bottles of beer and tasting-table menus may be a turnoff to drinkers who favor a whiskey and a Bud, but beyond all the bells and whistles, Tørst is still a place to sit down and sample adventurous brews you won’t find anywhere else.