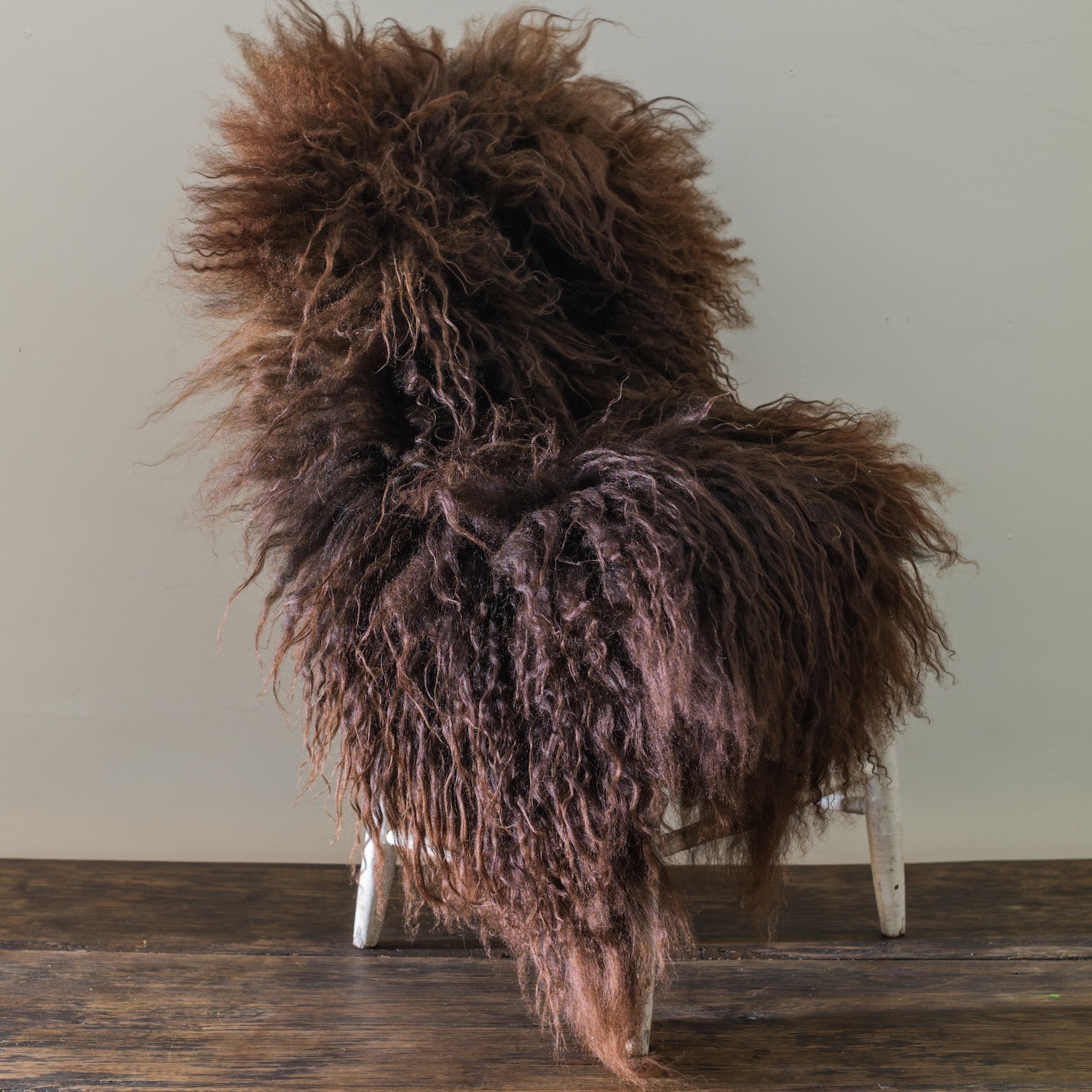 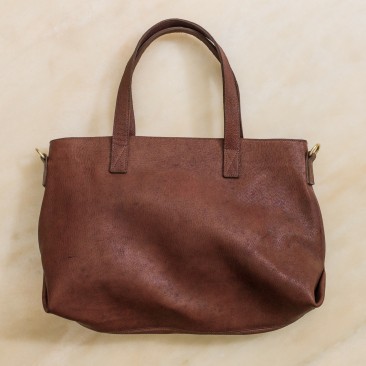 Marlow Goods started out making a single classic tote four years ago out of the hides of grass-fed pigs and cows consumed in Huling and husband Andrew Tarlow’s Brooklyn restaurants. Photo: Marlow Goods

At Marlow Goods, Kate Huling takes the farm-to-table approach her husband Andrew Tarlow applies to food–he being the Brooklyn restaurateur with a locavore bent behind Marlow & Sons, Diner, Marlow & Daughters, Roman’s and Reynard, in the Wythe Hotel–and applies that ethos to fashion. She started the leather goods company four years ago as way to use every last part of the animals that were passing through the kitchen and onto plates in Tarlow’s restaurants.

“Basically everything that comes through here, lamb, goat, pigs, cows, we source directly to the farmer, and we used every single bit of it except for the hide,” says Huling sitting outside Marlow & Sons. “I had been working in leather goods with a friend of mine many moons ago, and so it was kind of this serendipitous thing where I could get back to that thing that I really love doing, and we could use this part of the animal we weren’t using.”

Our conversation quickly turned from fashion to farming when Huling noted that she expected a delivery of sheepskins from a farm upstate to arrive later that afternoon. 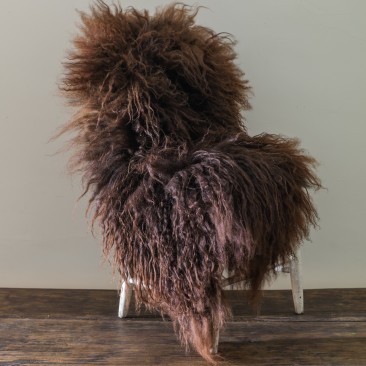 Huling worked directly with a farm upstate during its breeding process to procure sheepskins in rich chocolate and caramel colors for this spring. Photo: Marlow Goods

“They’re beautiful Icelandic-Devon crosses, and they have these crazy, long, beautiful hairs that kind of dreadlock and bleach in the sun,” she says. If Huling’s understanding of the sheepskins, sight unseen, seems intimate, it’s because it is– she had a hand in breeding them.

“Most of [our farmer’s] sheep are females,” she says. “They’re ewes, and then she brings on a ram every season to inseminate them, so I get to help pick the ram. Two years ago, we picked a dark black ram, which then makes all these beautiful dark brown and spotted brown sheepskins. We also have these ones that are these incredible ruddy caramel color.”

The sheepskins, which work well as decorative throws or rugs, are available as of this week for $325 at Marlow & Sons, as well as at French Garment Cleaners (formerly Stuart & Wright), an upscale boutique in Fort Greene, which became Marlow Goods’ first stockist last September.

Huling pulled a few leather bags, which range in price from $400-$800 and are made of cow and pig skin, off the hooks inside Marlow & Sons to let me feel the leather. They’re butter smooth with simple designs and impeccable stitching done at her bag maker’s studio in New Jersey. Though popping any of these stitches seems improbable given the craftsmanship, Huling says the bags are guaranteed for life. 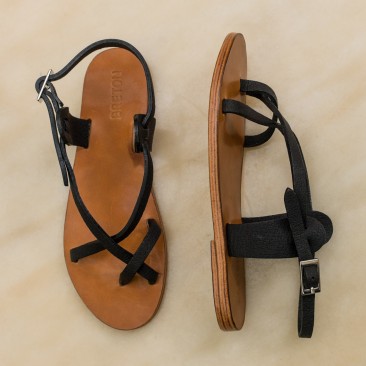 Sandals are new additions to the line this spring, and will be available in May for $240. Photo: Marlow Goods

Marlow Goods now manufactures leather goods from 300 animal hides a year up from 20 hides when the company first started, and the entire process–from field to slaughterhouse to stitching–happens within a three-hour radius of where we’re sitting. Huling has plans to open a design studio and retail space on the second floor above Marlow & Sons later this spring to accommodate the growing interest in Marlow Goods. Huling’s leather goods are also available online.

“At first we really felt it was important that people were a part of this whole picture,” she says of her decision to expand. “That they were customers here. That they eat the meat and really feel a part of it, and then it occurred to me that our community is larger than that. Especially opening the hotel brought it to mind that our community is so much larger than Williamsburg.”