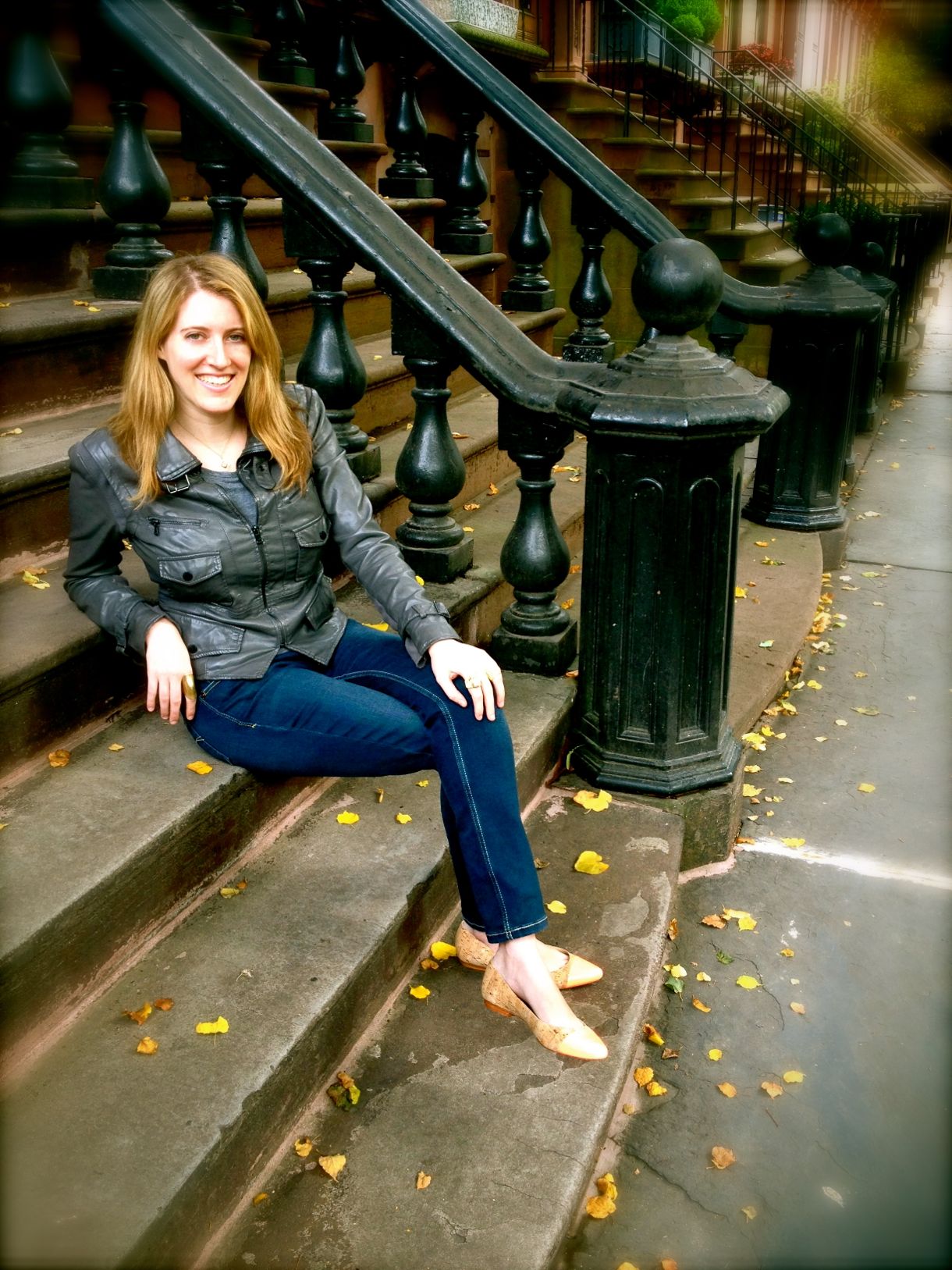 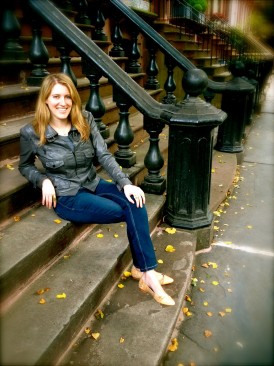 Blair Koenig of the blog STFU, Parents, a godsend to oversharing breeders everywhere

Shortly after my first kid was born, I became one of those enthusiastic, 21st century parents. I posted a picture of baby poop, I shared my entire birth story, and reported on the minutiae of life as a new mom, all on a personal blog. I then created a Tumblr for my daughter, a Facebook profile for her, and then…I snapped out of it. Life and work became too hectic to share every cute and mundane moment. And I grew fearful of a thing called “parent overshare”— phenomenon STFU, Parents helped define.

Launched in 2009 by Fort Greene writer Blair Koenig, the homegrown blog was Koenig’s own reaction to a Facebook feed that had suddenly become clogged with ultrasound photos. She began taking screenshots and poking fun of this “kidformation overload,” carefully concealing the offenders’ names and even posting anonymously at first. Soon readers started sending in their Facebook screenshots of cringe-inducing comment threads about diaper blowouts, angry moms calling out their friends for not buying baby shower gifts—basically anything a normal person would deem too uncouth to post (although I will point out that “normal” is a difficult status to maintain while sleep deprived.) Her blog became a kind of “What Not to Share” manual for new parents, and a place for the childless to vent about friends who’d seemingly lost their minds.

STFU, Parents now receives over 10,000 visits a day, with a growing number of submissions coming from parents themselves–a camp Koenig aspires to one day.

Last week the blog spawned a book,  STFU, Parents: The Jaw-Dropping, Self-Indulgent, and Occasionally Rage-Inducing World of Parent Overshare. I asked Koenig a few questions about the site’s history and what she plans to share about her future offspring. 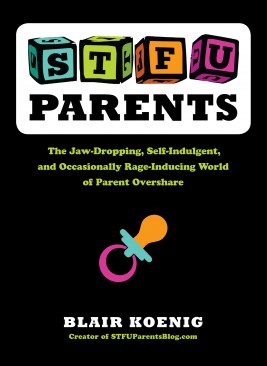 You wrote the blog anonymously for years. Why did you keep it a secret for so long, and what inspired you to come out–was it your Mommyish column or the imminent publication of the book?

When I started the blog in 2009, posting screenshots from Facebook on websites wasn’t “typical,” and I wasn’t sure how people would react, so I opted to be anonymous. I wound up writing the blog  anonymously for 3 1/2 years, and for about two-thirds of that time, I was interested in “coming out.” But I decided to wait until announcing the book last October, because the blog really isn’t about me; it’s about parents who overshare. So I didn’t feel any real need to share information about myself until I announced the book, despite the fact that I’m a big proponent of transparency. I definitely felt a bit like a hypocrite during that time, so I’m glad I’m “out” now.

What was the reaction once you came out? How many people or parents were surprised/upset/delighted that it was you?

The reaction was a range of good and bad. Some of the bad came from press, and a large portion of the negative reactions were from people who’d never heard of the blog before. It’s usually obvious when someone hasn’t read the site before commenting on it (or me), and once I can tell that’s the case I just stop reading. But I’d say most of the reactions from readers were positive. Some people said they wished they’d never known who I was, like the mystery was gone, and others said they pictured me as a brunette to the point of my appearance weirding them out, but I think that’s understandable. If you have an idea of who someone is and the person doesn’t match that picture, it can be surprising or disappointing. I’d always been very open about the fact that I’m a woman living in Brooklyn, so I don’t think anyone was too surprised. And it’s been great to be “out.” I’ve had the opportunity to go on TV and not have to wear a ski mask, and I even got spotted by a reader at the airport once. We’ve since become friends.

You’ve said that intend to have kids some day. What aspects of your child’s life will you share on Facebook, and what will you absolutely not share, ever?

I’m already a pretty private person, although I love seeing my friends’ lives in my newsfeed. I’m more of a passive “Like”-er than I am a participant on my personal Facebook page, partly because I’m posting links all day on the STFU, Parents FB Page. I’ve probably posted a total of six pictures of my cats on Twitter over the past four years, because I always assume someone is going to be like, “Oh, so you can post a picture of your cat laying on the couch but I can’t post an adorable picture of my baby getting her poopy diaper changed?!” I also try to just post the occasional “personal” picture (I’ve posted 4 or 5 since “coming out” last October), because I’m not big on getting attention through pictures of myself. I prefer getting attention the old-fashioned way, with my smart-ass mouth and judgmental attitude.

That said, I think babies and children are adorable and I love seeing my friends’ children in my newsfeed. I really do. I’m just not sure what I’d be willing to post about my own kid. I can tell you that I won’t be sharing any images of dirty diapers, and if I post a picture after the baby is born, s/he won’t be attached to any bloody cords or organs. I also hope to avoid mommyjacking my friends. That’s one that I’m already a little guilty of, minus the “mommy” part.

The book is almost a guide to how to behave on Facebook, regardless of whether you are posting about kids. In the process of running the blog, has it influenced the things you choose to share, and the way you comment on others’ posts?

Ha, see above! I was never a super active user in the sense that I don’t update daily/regularly, and I’ve never felt inclined to share a picture of food unless it’s a massive stack of raw oysters, because oysters kind of rule my life. But now, after running the blog, I’m even more reticent to share information that seems too mundane to be interesting to anyone else. You have to really step outside of yourself to craft entertaining updates if you’re just updating about trivial stuff, I think.

On the blog, I award the “Mom’s Gold Star” (also called “Parents Doing It Right” in the book) to parents who are being funny and courteous in their updates (as opposed to gross and/or sanctimonious). One dad wrote that he’d just watched his daughter shove half of a cheeseburger in her mouth and that it was “like dining with a reticulated python.” I’m never clever enough to make my mundane activities as funny as that, but I enjoy it when others do.

Do the submissions for the blog continue to come in at the same pace, and with the same amount of cringe-worthiness? Or does it seem that parents are learning to control their oversharing?

Parents are probably getting worse about oversharing, based on the level of WTF in the submissions, but I also think the blog has gained more exposure over the years, so the chances of getting crazy stuff have increased. I definitely don’t have a shortage of insane material. I get crazy one-off submissions all the time, or I’ll spot a trend after receiving similar submissions. Like right now there’s a trend of mothers taking extreme close-ups of their children’s mouths (either because of a teething baby, a child with a loose/missing tooth, etc.). I have a whole folder dedicated to them. Eventually, I had to organize all of the submissions I receive into categories, and I’d say most of the newer folders are some of the oddest I’ve created. I do get emails from parents who say they no longer overshare since discovering the blog, or that they’ve “reformed” their old ways even though they occasionally “slip up.” But hey — we all do that sometimes.

Do you know how many of your readers are parents vs. non-parents?

No, and it’s hard to say. The blog used to be predominantly read by non-parents, but over time the parent reader segment has grown a lot. I also get a lot of submissions from parents now, which I suppose isn’t surprising since they have so many friends who are also parents (and potentially overshare). I would say the site’s readership is still probably dominated by non-parents (some of whom never want kids, others who do at some point), but the majority of emails I get from new readers now come from parents who have discovered the blog.

Interestingly, everyone who enjoys the site says the same thing — that I’m speaking their mind because they’re sick of the oversharing, too. Both parents and non-parents call the site a “public service,” making me think that “breeders” and “non-breeders” are really not that dissimilar after all! It’s just a certain segment of parents that overshare (or act like douchebags in real life — you know who I’m talking about). A lot of parents say stuff like, “I already wipe my baby’s butt 10 times a day; I don’t need to log on to Facebook to see even more poop from a friend’s baby.” And non-parents will say, “Thank you for calling out these people!” I’m just glad that people find the site entertaining, no matter who they are.

You’re schooling parents on how to behave on social media. Do you often get emails of thanks from parents? What’s a typical response?

Yes, aside from the aforementioned “public service” notes, I get a lot of emails from parents saying their friends go wayyy overboard with their sharing and it’s driving them nuts. I’ve received submissions from sisters, aunts, coworkers, etc., many of whom say, “I get it, I’m a parent myself and I absolutely love my son to pieces, but why the hell do I need to see a picture of my friend’s child’s rash-covered ass with my morning coffee?” Several parents have also sent sweet emails saying that they read the site before they were ever pregnant, and now they have a toddler and still read the blog to laugh off the drama of parenthood and remember “what not to do.” It’s awesome to hear how the site has impacted people’s lives in such a fun way. I just hope to provide some humor as a companion to the chaos of overshare, because the trend certainly isn’t going away anytime soon. But hopefully people will read the STFU, Parents book (or give it as a gift at baby showers) so we can avoid seeing poop pictures on Facebook in the future.