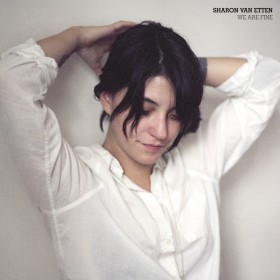 Folks, it’s the time of the year again when serious music fans flock to their record stores and shop for some rare and special vinyl. Since its inauguration six years ago, Record Store Day, which is this coming Saturday April 20, is an occasion to celebrate the independent record store that, in the age of digital downloads and streaming music services, is in danger of extinction. Just recently, longtime store Bleecker Bob’s in the West Village closed; and this Saturday will be the last day for Sound Fix in Williamsburg.

On Record Store Day, there are usually lots of limited-edition releases that are available that only day at the indie stores, described as a physical “stand alone brick and mortar retailer.” This year’s new crop includes offerings by David Bowie, Built to Spill, Paul McCartney, the Rolling Stones, Pink Floyd, Bob Dylan, the White Stripes, the Grateful Dead and many others. These releases are usually in vinyl form–some of the them colored and numbered—and are first-come, first-served. Otherwise, they only way to get them after they’re gone is to pay exorbitant prices on eBay

Brooklyn is also represented for this year’s Record Store Day with releases by artists associated with the borough. Indie star Sharon Van Etten has a special 45 edition of her single “We Are Fine,” from the brilliant Tramp album, complemented by a B-side titled “Hotel 2 Tango”; she also appears with Shearwater on “Stop Draggin’ My Hear Around” (a remake of the Stevie Nicks and Tom Petty and the Heartbreakers’ song) with “A Wake for the Minotaur” for another Record Store Day release. Meanwhile, Brooklyn-based artist Sophia Knapp returns on a split single shared with the Swedish duo AOP called “Times Square/Sweet May.” Rock band the Hold Steady has a new 7-inch in “Criminal Fingers,” featuring two previously unreleased tracks. And of course, the late Notorious B.I.G.‘s landmark 1994 debut album, Ready to Die, will be reissued as a 2-LP numbered white vinyl set with an alternate cover.

The following is a list of some of the Brooklyn indie record shops that are mentioned on the Record Store Day Web site as participants–though it is strongly advisable to call them to make sure that they are doing this and if they will carry what you are looking for is in stock. It’s also best to go to your store really early on Saturday–maybe even before it opens–so you can be sure to get what you want.

For more a list of all this year’s Record Store Day releases, visit this link.