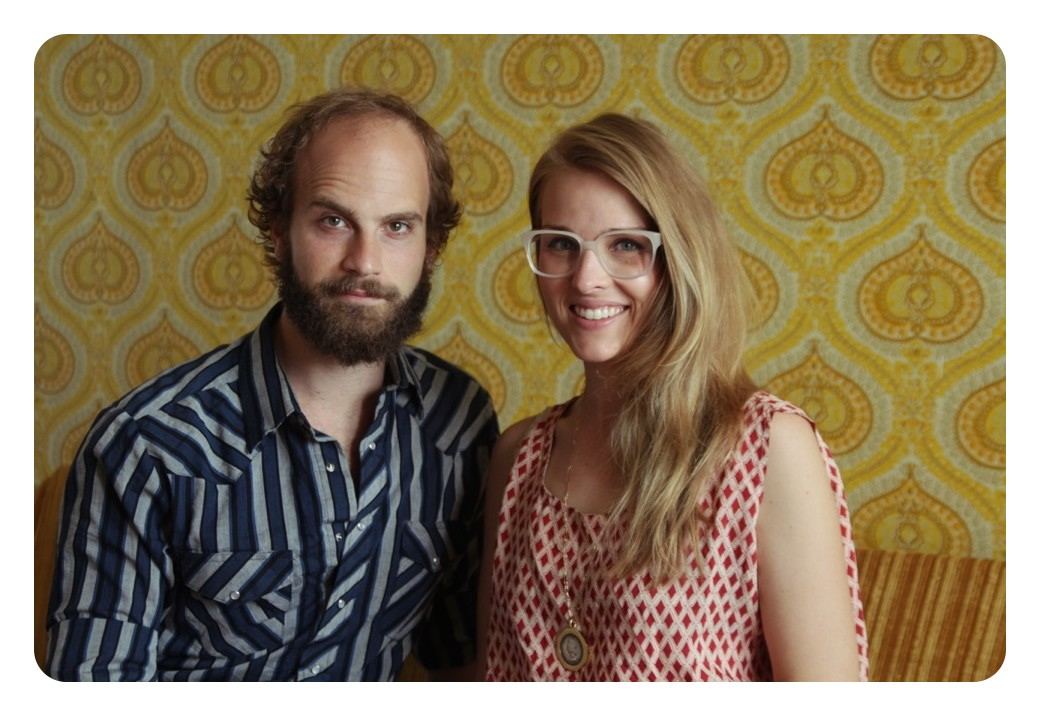 Ben Sinclair and Katja Blichfeld are a couple and the co-creators of High Maintenance, a comedic web series about weed culture in Brooklyn. Photo: Janky Clown Productions

It doesn’t matter whether you’re a toker or a teetotaler–High Maintenance, a web series that takes the politics out of pot, is sure to get a giggle out of you. The show follows the adventures of a weed dealer making housecalls around Brooklyn, to the most hilariously spot-on Brooklyn archetypes you’ll find on the web.

A new cycle of episodes premieres this Saturday, which is better known to puffers, stoners and dopers as 4/20.

“Weed is such a pervasive part of the culture that we personally live in here in Brooklyn, as well as what we experienced living in L.A,” says Ben Sinclair, who created the web series with his wife Katja Blichfeld. “Frankly, we were just kind of bored by the way it’s usually portrayed in film and television and wanted to try our hand at normalizing it.”

The duo asked their friend Russell Gregory to act as executive producer for the series, which started filming in summer 2011. As an actor (Sinclair), casting director (Blichfeld) and talent manager (Gregory) in their everyday lives, the trio taps into their skilled network of friends in the film industry.

Look closely at any of the episodes of High Maintenance online, and you might recognize your own neighborhood in the background–it’s shot around Brooklyn starring Sinclair as its protagonist, a pot dealer conducting his business via bicycle.

“We’ve been shooting in our own living spaces as well as the apartments of our friends,” Sinclair says. “So far, it’s mostly been in Brooklyn with very few exceptions. We shot Jamie and Trixie in two different Bushwick lofts; Heidi at our production manager’s apartment in Williamsburg; Olivia we shot in our own apartment in Ditmas Park and also shot a couple of scenes at Sycamore.”

Don’t be surprised if you recognize elements of yourself (or someone you know) in characters from the first seven episodes: a couple who conjure courage from some cannabis to deal with a mouse caught in a glue trap; two hipsters trying to dope-and-dash their dealer; an adult son living with his mother whose love of Helen Hunt is only slightly less disturbing than his weed habit, and a harried personal assistant with multiple cell phones and a crazy boss have all made appearances.

You only have a few days to get caught up on the first two cycles before the third premieres on Saturday, but fear not, at 5-12 minutes each, they’re easily digestible in under an hour (though you’ll probably wind up watching them more than once). Grab some munchies and make a marathon of it if you’re so inclined.