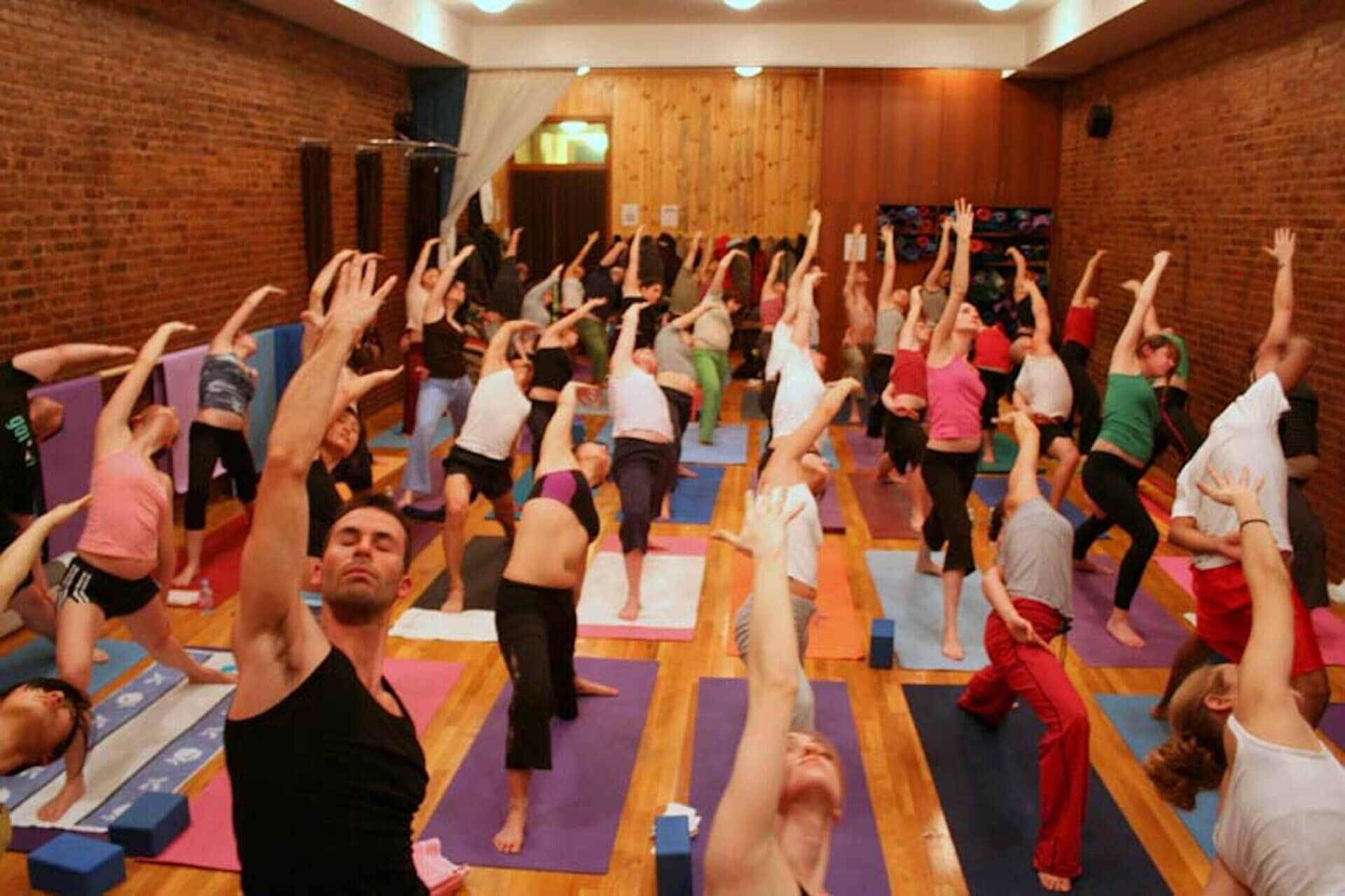 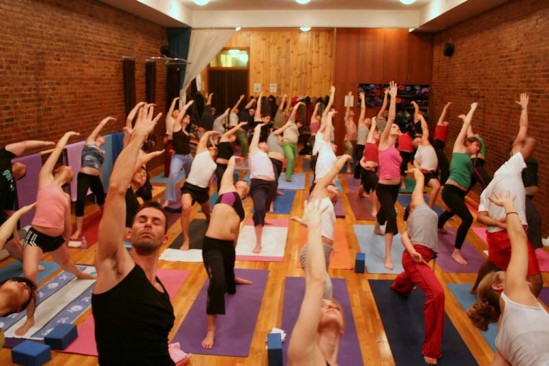 Yoga To The People opened its first studio (above) in the East Village, but it was its newest location in Williamsburg that sparked a lawsuit from Bikram Yoga, its closest competitor. Photo: YTTP

Om is not right in the world of hot yoga today. For an industry born of spirituality, there’s an awful lot of bad karma floating around–fallout from a lawsuit between two hot-yoga studios in North Brooklyn that’s leaving yogis divided in their practices.

The situation stems from hot-yoga heavyweight Bikram Yoga slapping its closest competition, Yoga To The People (the two have studios just blocks from one another in Williamsburg), with a copyright infringement lawsuit in 2011 because YTTP’s classes included the same 26 poses and two breathing exercises that Bikram Choudhury, the founder and creator of Bikram Yoga, crafted for his company decades ago. At $8 per class, YTTP’s offering cost less than half the $20-$25 price per class Bikram charges to spend 90 minutes in a heated room sweating through your chakras.

Bikram yoga is an offshoot of traditional Hatha yoga. Every Bikram class consists of the same 26 asanas performed in the same order each time, accompanied by two Pranayama breathing exercises meant to stoke your inner energy and fire. They are mainly standing poses and performed in a room heated to 95-105 degrees Fahrenheit. It’s an intense workout experience that’s found serious devotees due to its challenging nature and the health benefits practitioners believe it provides.

If it seems absurd that anyone could copyright a 5,000-year-old practice, Bikram was able to do just that in 2003 by filing for a federal copyright with the United States Copyright Office, which allowed him to claim his sequence as an original work of authorship. The USCO stated at the time:

“Through registration of this work, the United States Copyright Office acknowledges Bikram’s exclusive right to the distinct series of postures and breathing exercises comprising the sequence and Bikram’s Beginning Yoga Class.”

That same year he successfully sued Kim Schreiber-Morrison, Mark Morrison and their business, Prana Incorporated, located in Los Angeles, for copyright infringement. The case was settled out of court, and the Morrisons were banned from teaching Bikram’s sequence in their studio, setting a precedent for his taking on YTTP.

In the 10 years since, the yoga business has boomed in this country and the U.S. Copyright Office has had a change of heart, overturning its earlier decision and determining that Bikram Yoga can copyright only its videos and books, not the sequence itself–a seemingly big win for YTTP and hot yoga studios everywhere, though Bikram plans to challenge this decision.

Despite the USCO’s decision, YTTP stopped teaching Bikram’s sequence this winter to settle the lawsuit. They now offer a “Fire Sequence” described as “26 plus six hot yoga,” as it includes all 26 of the original postures from Bikram’s sequence plus six additional asanas not used by Bikram.  In a letter posted on the YTTP website, Greg Gumucio, YTTP founder, explained his reasoning:

“While the case did not run its full course, we feel victorious in that the U.S. Copyright Office issued their first official position on yoga, submitted into the record of the U.S. Library of Congress on June 22, 2012, which states that yoga compilations and sequences are not copyrightable.”

The bad blood between Bikram and YTTP runs deeper than an argument over asanas. Gumucio was a former student of Bikram Choudhury’s. Just five years prior to the lawsuit, Gumucio opened his first YTTP studio in the East Village after becoming disillusioned by some of Bikram’s business choices and policies. From the beginning, YTTP’s philosophy has been to make yoga accessible to everyone–first and foremost, with cheaper classes. It should be noted that Bikram Yoga now offers 20 classes a week priced at $8 amongst its studios in Manhattan and $10 classes at 7am Monday through Friday in Williamsburg. “The average price per class amongst our student body comes out to roughly $12,” says Kevin Gregor, director of marketing at Bikram Yoga NYC. Interview requests to YTTP went unanswered, and Bikram’s management declined to be interviewed.

Although he formally separated from Bikram Incorporated once the company began to franchise studios, Jagadisha expressed a deep respect for Bikram during a phone interview with BB.

Jagadisha says that Bikram’s choice to sue studios such as YTTP is an effort to protect his students and what they’ve worked for in training with Bikram and going through the process of opening a franchise.

The teacher-training program at Bikram’s College of India (a prerequisite for becoming a Bikram yoga teacher) is quite pricey. Becoming “Bikram trained” means spending an intensive nine weeks, six days a week, with the staff of Bikram Yoga College of India, studying the poses, anatomy, nutrition and beyond–all for a steep fee of about $11,400.

This price tag automatically eliminates a number of hopefuls, but the teachers who are able to partake leave with a deep understanding of the practice and awareness of mind and body.

In comparison, teacher training at YTTP is completed in around seven weeks, with weekend-intensive courses only, at a range of $1,800–$2,400. Although less rigorous and comprehensive, it is accessible to a greater number of people, like the classes themselves at YTTP.

It’s easy to see the side of a Bikram teacher trainee who has spent more than $11,000 for certification and then set up a franchise studio, only to have a cheaper studio move in down the street with the identical sequence. The question is, is it illegal or just karmically uncouth? Is it better to bring more yoga to more people, even if the training is not as comprehensive?

While the Bikram training is a prerequisite for many die-hard hot yogis who want to deepen their practices, it is not as important for someone who is simply looking for a challenging workout, for whom paying less for a similar experience makes perfect sense.

“I do acknowledge and appreciate Bikram’s specific design,” says YTTP practitioner Taylor Janes. “The series, as a concept of 26 specific postures, is excellent. And he might be right to try to protect the system he developed. But when it comes down to it, I just want to exercise.”