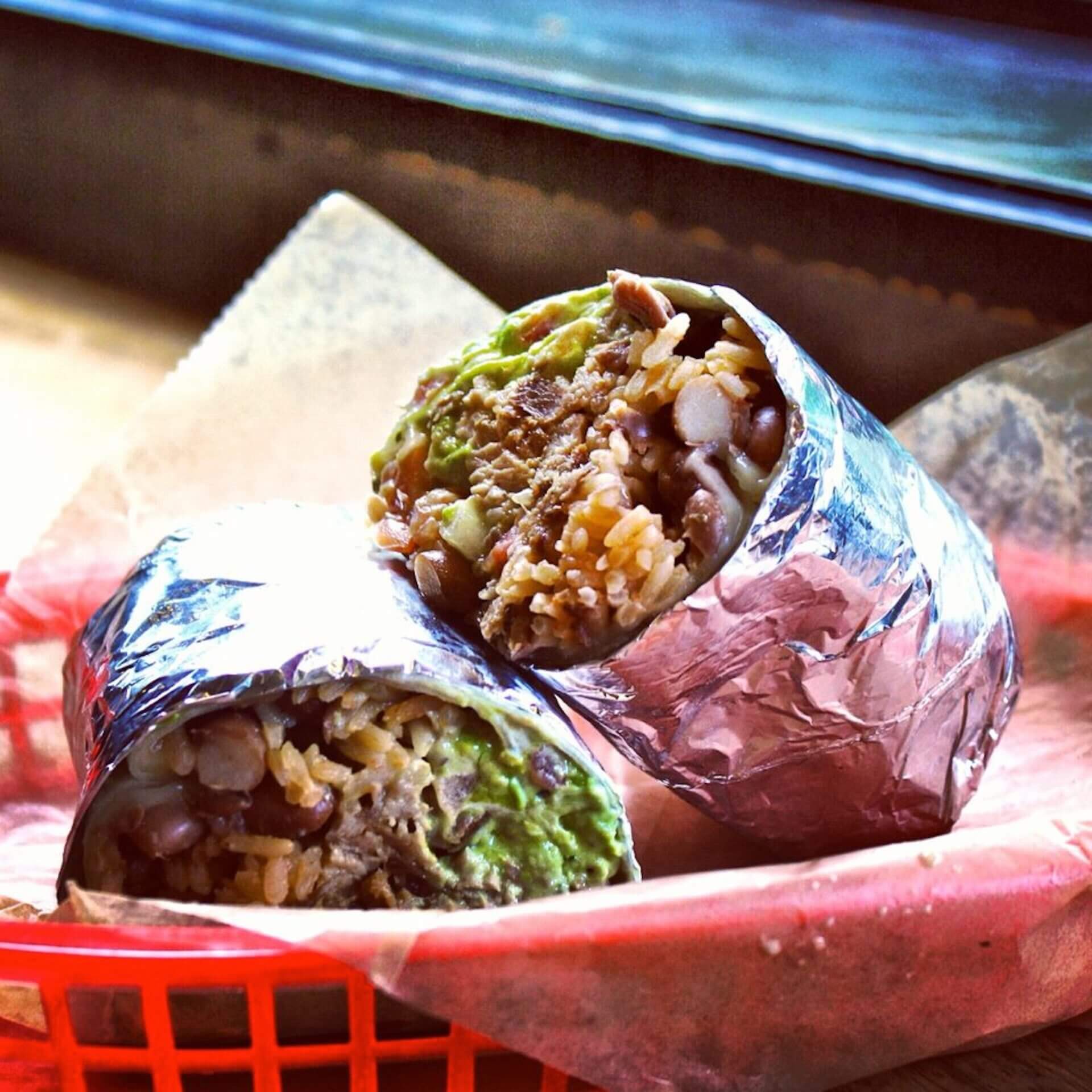 Cinco de Mayo may have started out as the commemoration of the Battle of Puebla, but these days it’s mainly an excuse to eat tacos and drink tequila. So, lucky for us, Brooklyn has a host of new Mexican food options to choose from next Sunday, or before.

First up is Loli’s Taqueria, set to open any day now on 6th Avenue in Park Slope. From Jose Ventura of nearby Casa Ventura, the new spot promises simple, authentic taqueria fare, with–you know what’s coming Slopeians–local, farm-fresh ingredients. That means Shushan Valley Hyrdrofarm tomatoes, plus local cabbage, beets and carrots in tacos, tamales and chiles rellenos. There’s also Brooklyn Brewery beer and sangria made from organic wines and fruit. Loli’s originally set April 26 as its opening date, which has been pushed back a few days, but it should still be up and running in time for El Cinco.

Over in Williamsbug, hipsterville has said hello to two Manhattan Mexican imports. The first, Dos Toros, is much beloved for its simple take on California-style Mexican cuisine. The Bedford Avenue outpost offers an indie-fied take on the Chipotle experience, with choose-your-own filling taco, burrito, quesadilla and rice bowl assembly lines. Their meat selections, like braised pork carnitas are, it should be noted, a cut above Chipotle and served on fresh corn tortillas from Tortilleria Nixtamal in Queens. Rosemary, lime and lemon berry sodas from Cup and Compass keep things Brooklyn-y, and for those of you celebrating, there are $3 cans of tecate. 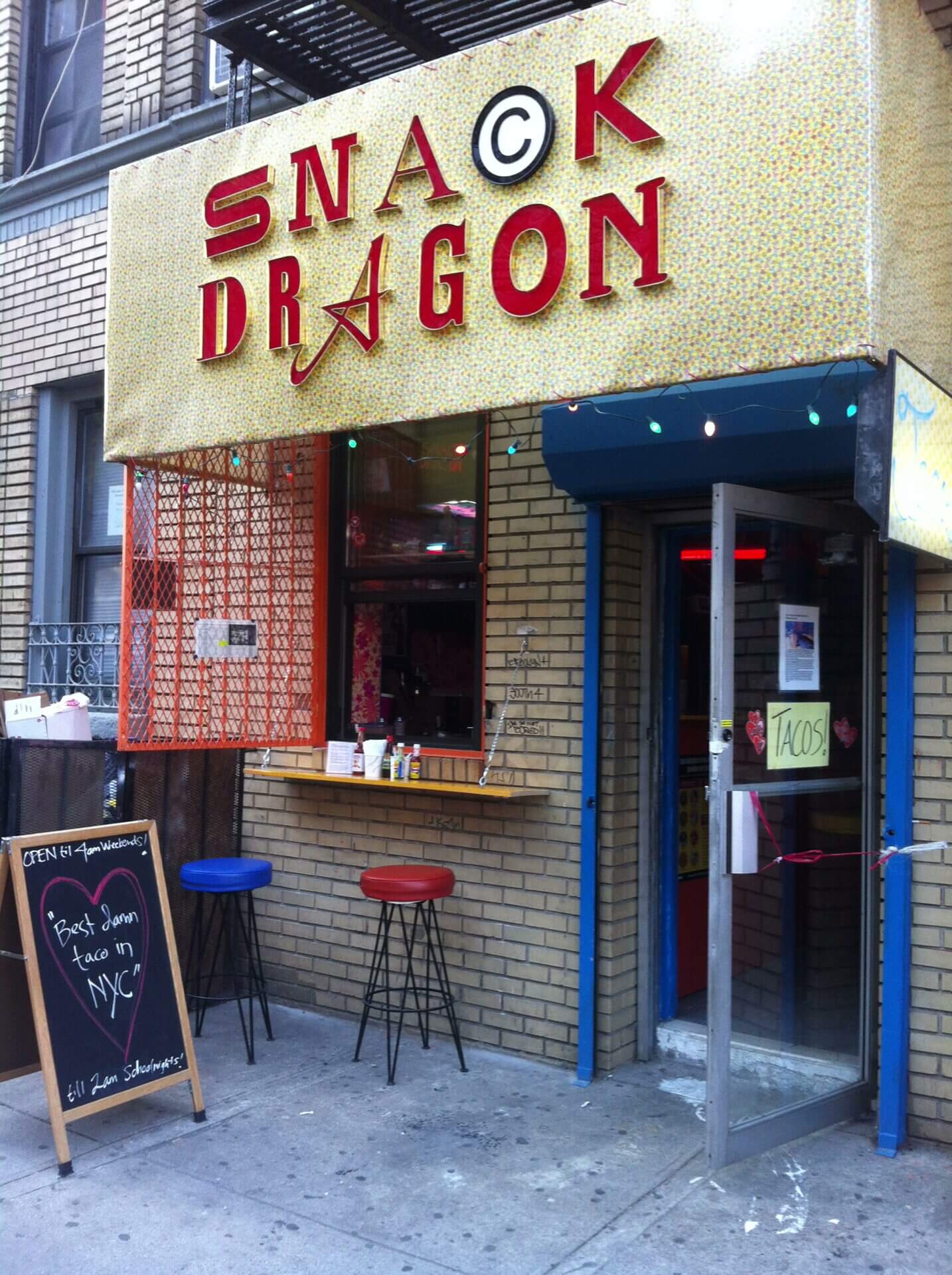 The second taqueria to cross the East River is Snack Dragon, and just like its original location in the East Village, this Williamsburg taco shack is open late–4am on the weekends, 2am Sunday through Thursday. Its electric blue and orange interior takes some getting used to, but the tacos, not the ambiance, are what you’re there for anyway. Located less than a block  from Pies ‘n’ Thighs, Snack Dragon’s menu offers up successes like its Freshly Slayed Dragon Taco (pork confit with garlic and herbs, $5) and the Umami Taco (a Thai-style taco, again with pork confit this time spiced with coriander seed, tamarind and garlic topped with pickled cucumbers, onions, spicy peanuts and cilantro, $5). Don’t balk at the price–each taco is roughly the size of the paper plate it comes on, and both are served on blue-corn tortillas with black beans, monterey jack cheese and Snack Dragon’s own special salsa. Order at the window if you’re on the go; but if you’re staying, be prepared to teetotal with your tacos–Snack Dragon doesn’t serve booze.

Finally, new Gowanus BBQ spot Fletcher’s is also getting into the taco game. During lunch on Mondays, Wednesdays and Thursdays, its wood-fired skirt steak and tr-tip will also be available in taco form.