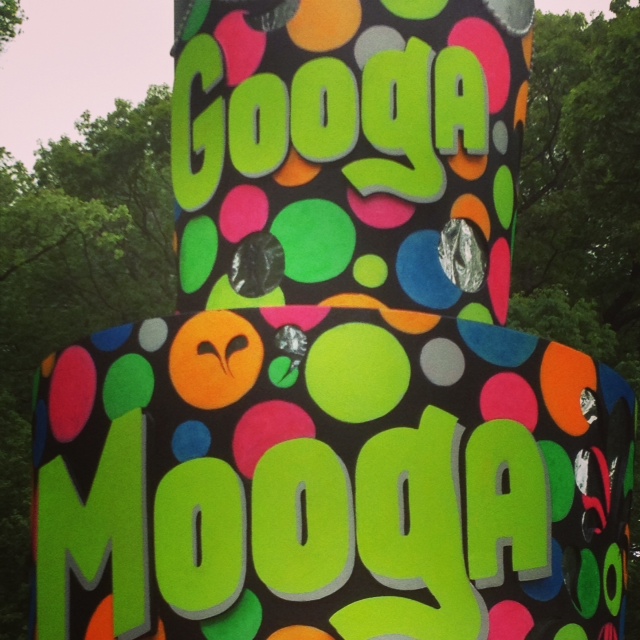 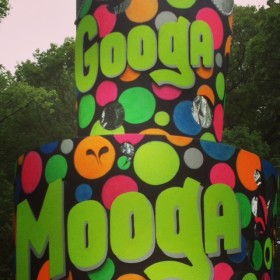 Here’s one thing I have learned after living in New York for a long time: there are a LOT of people here. It’s a city that 8 million individuals from all over the world call home–people with different backgrounds, talents, ideas, priorities, perspectives, and needs who all contribute to the pulsing cacophony of industry, creativity, and opportunity for new experiences that defines this town and makes it unlike any other in the world. The tradeoff? Well, your rent is too damn high, the mode of transportation you are expected to get to work on sometimes feels like actual hell, and we just can’t seem to get a muzzle on Donald Trump. Oh, and it’s almost impossible for anyone to do anything around here without directly affecting someone else and potentially pissing him or her off. In some cases, it’s very clear who is in the wrong (Exhibit A: those gremlins who listen to music on speaker on the train), but things like the Great GoogaMooga, the beleaguered food and music festival in Prospect Park, present a more complicated picture.

Last year, the hype surrounding the first ever Googa was so intense (Hall & Oates! Foie gras donuts! Subway ads casting local chefs as crazy rockstars!) that it seemed doomed to fall short of people’s expectations. And fall short it did, thanks to a perplexingly severe underestimation of demand. I covered the event for this blog, and was disappointed by two-hour lines for a $12 half beer and the fact that most vendors ran out of food by mid-afternoon. I also somehow managed to keep in mind that I was not being held against my will and that I paid exactly zero dollars for my tickets. The weather was spectacular all weekend, and if I really got THAT hungry/thirsty/tired of looking at Tom’s shoes I could simply walk out of the park–at NO COST to me–and go about having a normal day in Brooklyn.

This point seemed lost on the hangry masses, who took to Twitter with a ferocity previously reserved for Beliebers and #tcot. That most of the logistical issues were resolved by Day Two was not enough to quell the outrage GoogaMooga had unleashed: when it announced it would return in 2013, it never really stood a chance. 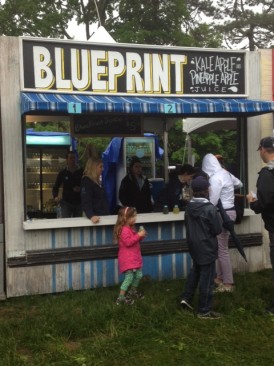 This year, the organizers made a few changes in response to complaints, adding a third day and more vendors, including a Blueprint juice stall. Remember what I said about NYC being a crazy patchwork of different types? Let’s pause to recognize that there are at least a few weirdos out there who went to GoogaMooga, walked past things like a truffle burger, a “bacon flight,” and a car bomb brownie, and chose to indulge in tepid kale juice. Are they the true heroes? We’ll probably never know, because people on juice cleanses are notoriously silent on the topic of their juice cleanse, and would never dream of inserting it into an unrelated conversation in an attempt to bore their friends to death.

But I digress. The adjustments GoogaMooga made really seemed to work this year. I have heard nothing but glowing reports from Friday night’s concert, and Saturday went off without a hitch. Sure it was a little damp and the craft beer was comically overpriced yet again, but come on, it was fun! Free music, hanging out in the park, a Ren Faire area where you could challenge your friends to a swordfight! Am I the only one who thought Matt & Kim put on a great show? Did you people even TRY the truffle burger? It seems not, because despite the success of the first two days, the internet has sounded a death knell for Googa. Why? Because it rained on the third day! Yep, a totally normal rainstorm in the middle of May is the reason that there probably won’t be another GoogaMooga–or anything like it–ever again.

This isn’t to say that GoogaMooga detractors don’t have valid arguments. There are clearly legitimate questions about whether it is okay for a private, profit-minded interest to close off a portion of a public park and fill it with port-o-potties for a yupster food festival, and the damage the grounds evidently sustained last year is a real cause for concern. Incidentally, the Parks Department, Prospect Park Alliance, and GoogaMooga collectively decided to cancel Sunday’s event in order to prevent injury to guests and damage to the park. But that kind of responsible decision-making wasn’t going to fly with rabid would-be attendees who feel that their free tickets entitled them to a perfect day. [And seriously? Chilling on a blanket in the sun, listening to De La Soul and while eating something delicious from Big Gay Ice Cream or Northern Spy Co. would have indeed been a perfect day. The weather in New York is the worst, end of story, but who wants to move to Denver? –ed.] 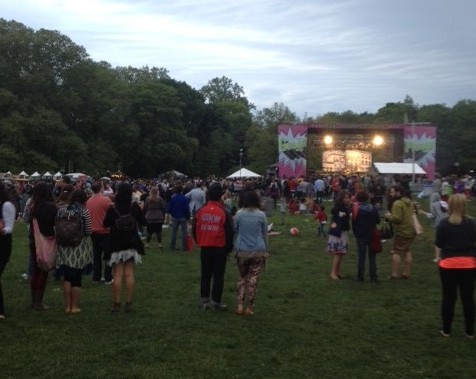 The light grows dim for the Mooga.

Over the past 48 hours, I’ve read as many blog posts and tweets that actually place blame for the crappy weather on GoogaMooga, and phrases like “the culinary Altamont” have been bandied about. Really, guys? Because it got rained out? You know that people died at Altamont, right? And that a guy was shot in the head in front of Gray’s Papaya on Friday night just because he was gay? And that instead of a spring shower we could have been mowed over by a mile-and-a-half wide twister? I’m just saying that there might be better places to direct your energies, and there are hardships that exceed being burned by an errant auto-email and having to walk a few blocks to eat brunch inside because of a rainstorm.

An obvious place to start is the GoogaMooga vendors, many of whom lost tens of thousands of dollars on Sunday. Sadly, several of these small businesses, including Kasadela, Northern Spy Co., Baked, Red Hook Lobster Pound, Rippers, Caracas Rockaway, and the Big Banana, were counting on GoogaMooga to help pull them out of a financial hole created when Sandy f’ed up their restaurants. If you can, try to go eat at one of these places this week and in the weeks to come. Hopefully, they will get some sort of reimbursement from the festival, which has stated that it plans to meet with them and work on a solution.

Did GoogaMooga do everything right? Obviously not, and maybe the cost of the screw-ups is too great to justify bringing this particular event back for round three. But if trying something new these days requires ensuring each and every person’s happiness at every moment, even in the face of forces beyond human control, I’m not hopeful about where we go from here.