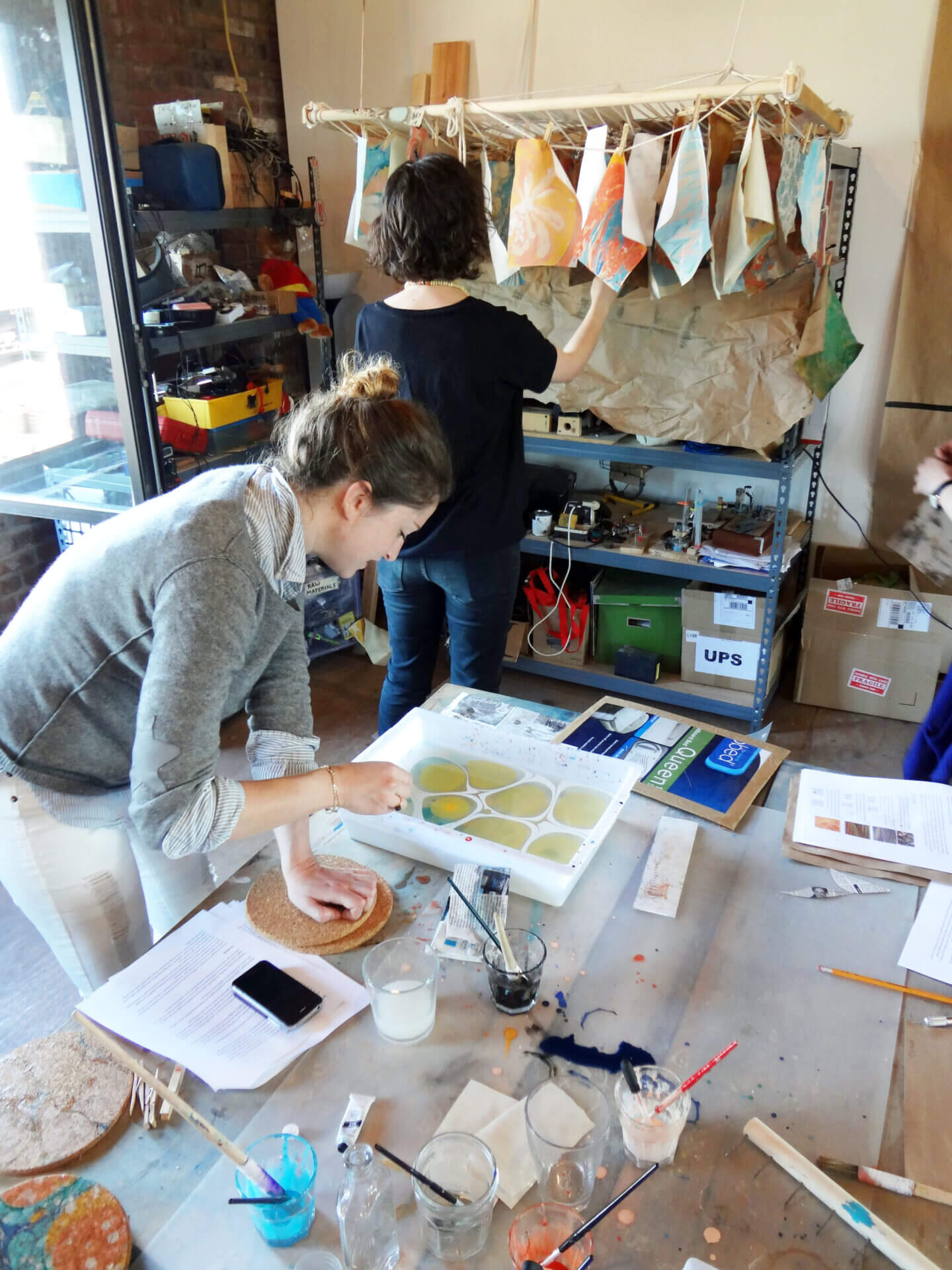 During Hurricane Sandy five feet of water poured into The Intercourse, Dustin Yellin’s ambitious art center in Red Hook–leveling much of the landscaping in its outdoor sculpture garden and leaving its staff “starting at zero,” says David Sheinkopf, director of education at the center.

As a result, this year is somewhat of a rebirth for the 24,000-square-foot incubator for exhibitions, studio residencies, lectures and workshops. It recently reopened under a new name: Pioneer Works–an homage to the iron manufacturing company that first occupied the building in the 1880s–and rolled out a new set of classes in April for the first time since the storm.

Offering unique classes that appeal to lots of different people, but are still challenging is a priority Sheinkopf says. “I try to make it so the breadth of classes is so wide that anyone would see it and find something on there that speaks to them.” Finding a lock-picking lesson among the center’s 24 current class offerings gave me an opportunity to test that out for myself.

The irony that I was running late to class because I couldn’t find my apartment keys wasn’t lost on me. The next time I lose my keys, however, I can fashion a paper clip into a makeshift tension wrench and pick the lock if necessary–it was one of several skills I picked up from my instructor Tantric Fancher, a member of The Open Organization Of Lockpickers, who advised us all that “no lock is unpickable.”

Over the course of a few hours, I learned the history of locks, the ethics of lock picking, the basics of locks and lock picking tools, and managed to pick a one-pin lock and a four-pin Master key lock, while at least three other students managed to pick the more difficult six-pin locks before class was over.

Of the dozen students, none seemed like a career criminal, although one guy asked a lot of questions about bike locks. However, Fancher explained that most thieves don’t bother to pick a lock when they can break in another way. 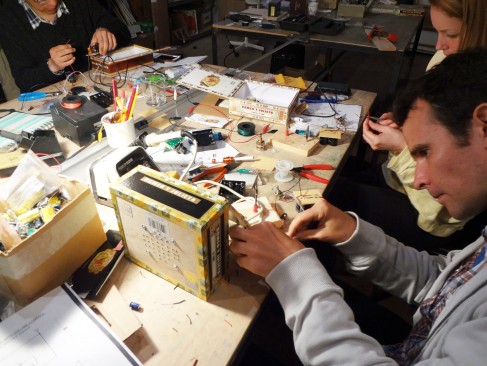 Who needs a Marshall when you can learn to build your own amp out of a cigar box? Photo: Pioneer Works.

Pioneer Works classes range from a three-lecture series on fruit-fly genetics to hands-on courses in electronics and art, like paper marbling and electroplating. Some of the classes highlight the neighborhood’s food and drink hot spots–Sohui Kim, chef and owner of The Good Fork, is teaching an upcoming kimchi-making class on June 2–while others, such as the leatherworking class (date TBA), tend to draw students who already have an art background.

Sheinkopf says that none of the classes require prerequisite knowledge, and he tries to keep them reasonably priced, from a free origins of gene research lecture series that finished May 11 to a tintypes class (June 29 or 30) that costs $250 including materials.

“The objective,” says Katie Cooper, who manages the center, “is really to have lectures and classes, artists working, works on view, labs on view, so that [Pioneer Works] is a discussion and a place of learning and thinking.”

Learn the ancient art of silk dyeing and embroidery tonight at Pioneer Works for $70, including materials, starting at 7pm.