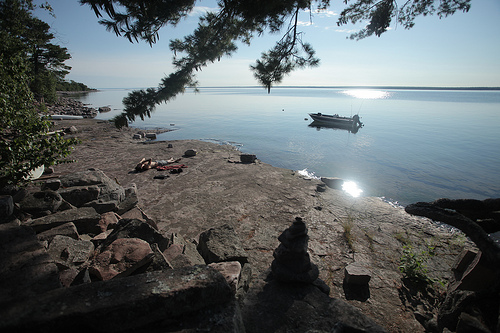 Two years ago, Rob Gorski bought an island online with the idea of turning it into a place for creation and conservation. Photo: Rob Gorski

In 2010, Rob Gorski stumbled across an ad for an island on Craigslist while at jury duty and decided to try and purchase it–oddly enough, he was the only one inquiring.

The 91-acre, forested island lies three miles east of Michigan’s Keweenaw Peninsula in Lake Superior. Gorski, a native Michigander and current Lower East Side resident, built a cabin on the island and created an artist-in-residence program that focuses on creation and conservation called the Rabbit Island Project.

Rabbit Island has never been developed, and after a lengthy back-and-forth with the Keweenaw Land Trust, it is now held under conservation easement, assuring that it will remain in its near native state for perpetuity–Gorski was able to reach a settlement on the easement, stating that the island would never be developed beyond .03 percent of the 91 acres. With this, the remaining 99.97 percent will remain forever untouched.

The artists who plan to set up shop on that remaining .03 this summer will get a Brooklyn boost this Saturday, June 1, when Gorski and fellow artist Andrew Ranville host the first annual Rabbit Island Benefit at 981 Dean Street in Prospect Heights. Seventy-five percent of the proceeds from the event, which promises music by bluegrass trio Morgan O’Kane, food from Sweet Deliverance, dance beats by DJ Thanksgiving Brown, an art auction, featuring works by artists including Ron Gorchov, Lucy Engelman and Aaron Wexler, and a bonfire to boot, will go to offset the costs of travel for artists who participate in the island’s residency program. 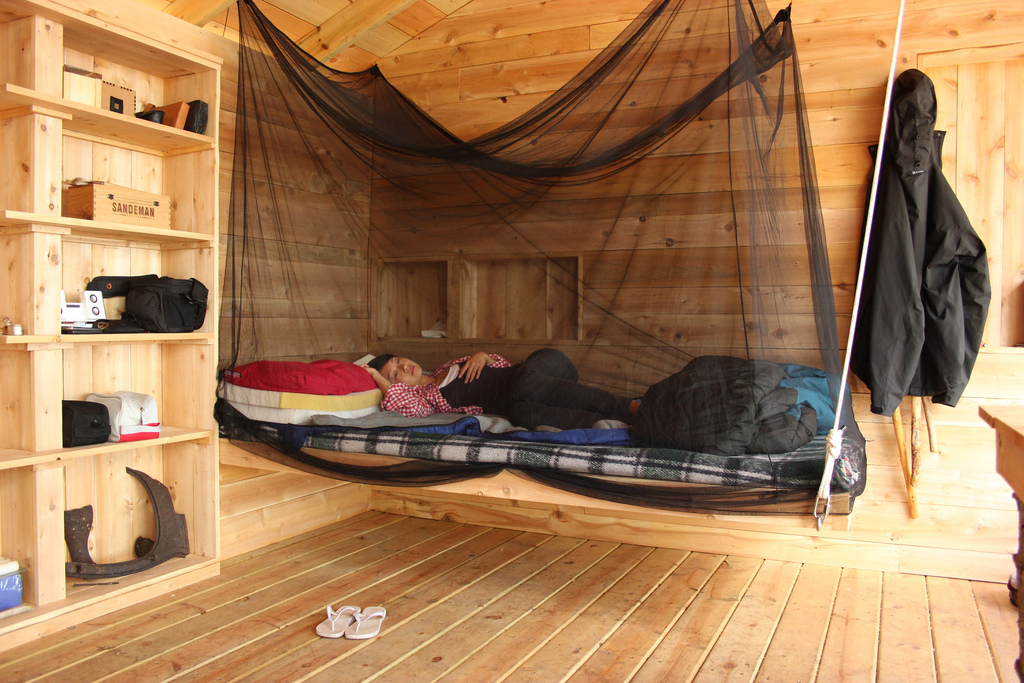 An art auction in Prospect Heights this Saturday will help offset the cost of travel for artists doing residencies on Rabbit Island in Mich. Photo: Rob Gorski

The remaining 25 percent will go to Rabbit Island’s latest venture, Detroit Conservation. Last fall, Gorski bought a vacant plot of land on the east side of the Motor City for $600 at a tax foreclosure auction, and is currently brainstorming ideas for an installation. He will allow the land to return to its wild roots, and will possibly transplant trees from Rabbit Island onto the plot. He also plans to purchase adjacent foreclosure plots in the future to return some of the city’s urban environs to open, undeveloped space.

The Detroit Conservation and Rabbit Island Project tell two very different stories of civilization (or lack thereof), yet both arrive at the same point of motivation: conservation and preservation for future generations, which Gorski sees as an ongoing and ever-changing exchange as pure as the island itself.

“The new frontier is, perhaps, the reassembling of the old,” he says. “Art, consumption, subdivision, open space–they all tie together somehow.”