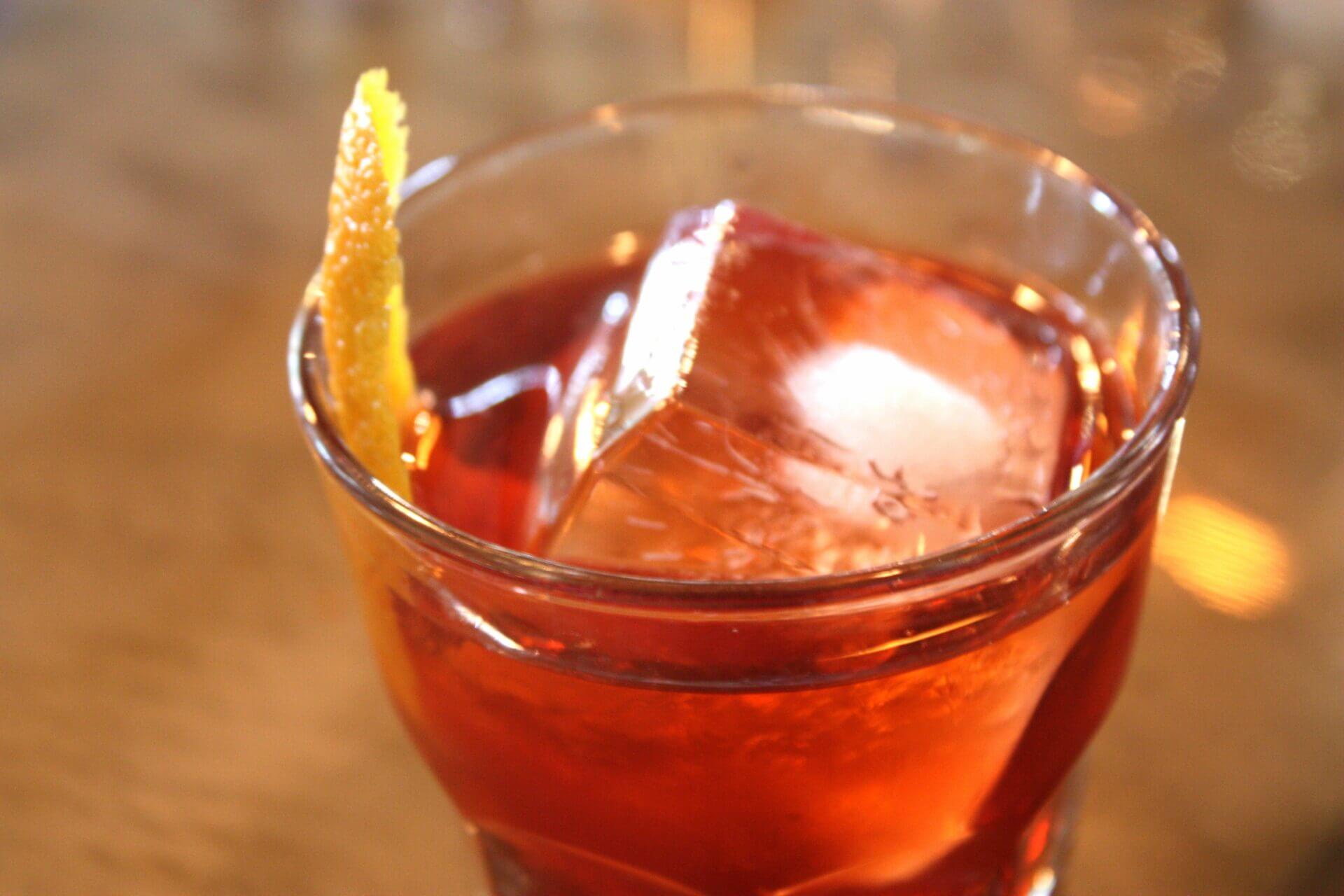 Learn the origins of some of your favorite cocktails at this months Masters of Social Gastronomy lecture at Brooklyn Kitchen Photo: Brendan Spiegel

When I reviewed new southern-fried Williamsburg restaurant Sweet Chick earlier this year, I called their fried chicken among the best in Brooklyn, but lamented the shortcomings of their cocktail program. (Jack Daniels honey whiskey whyyy?) Well, I’m not saying I changed the world, but I can tell you that Sweet Chick has brought on a new bar manager and debuted a roster of serious summer cocktails. Anthony Sferra’s intriguing new cocktail lineup will be served starting tonight, so I figured it was only fair to swing by and give Sweet Chick’s bar a second look.

The Summer Bramble takes nearby neighbor New York Distilling Company’s excellent Dorothy Parker American Gin and mixes it up with blackberries that have been macerated with thai basil and elderflower liqueur , plus a little lemon juice and a scoopful of shaved ice on top. It’s a strong, gin-y drink that gets more playful as the ice melts—it’s even served with a popsicle stick for scooping up the remnants, ice-y style.

Tiki time! The P.Y.T. (Pretty Young Tiki) may look like something from a tacky chain restaurant, but not to worry–this is some handcrafted Brooklyn tackyness. Sferra’s house-made Blue Curacao isn’t really Blue Curacao at all, but rather Applejack brandy mixed with Curacao cordial, allowing him to give this drink an Ecto-Cooler-like green hue, minus the sick-to-your-stomach side effects. His highfalutin Applejack Curacao is mixed with Flor de Cana white rum, orange and pineapple juice and orgeat.

The most intense drink on the menu, the Lonesome God takes house-infused habanero honey and mixes it with El Jimador Blanco tequila, lime juice, and bitters, plus a Campari rinse that gives it just a little bitter-sweet-sour-spicy kick–but mostly super spicy.

Sferra’s take on a 1794 is one of my favorites. It mixes Rittenhouse Rye with Campari, sweet vermouth, and Bitterman’s mole bitters, all in a glass with a slight spray of Herbsaint–an anise-flavored liqueur from New Orleans. This is the most classic of the bunch, with just a hint of something different, when that mole flavor hits you after a second. If you want to get in on this fun, playful cocktail kick but still look as nonchalant as Don Draper, this is your drink.

Fans of the every-drink-ginger trend will appreciate the Last Train to Jersey, which mixes Laird’s bonded Applejack with Fernet-Branca, lime juice, and ginger, on the rocks with a mint and candied ginger finish.

All in all, a HUGE improvement. Sweet Chick’s new bar is not only good enough to match their food, but worth stopping in just for sips. And at $10 each, these craft cocktails are actually kind of a steal the way pricing is going these days.