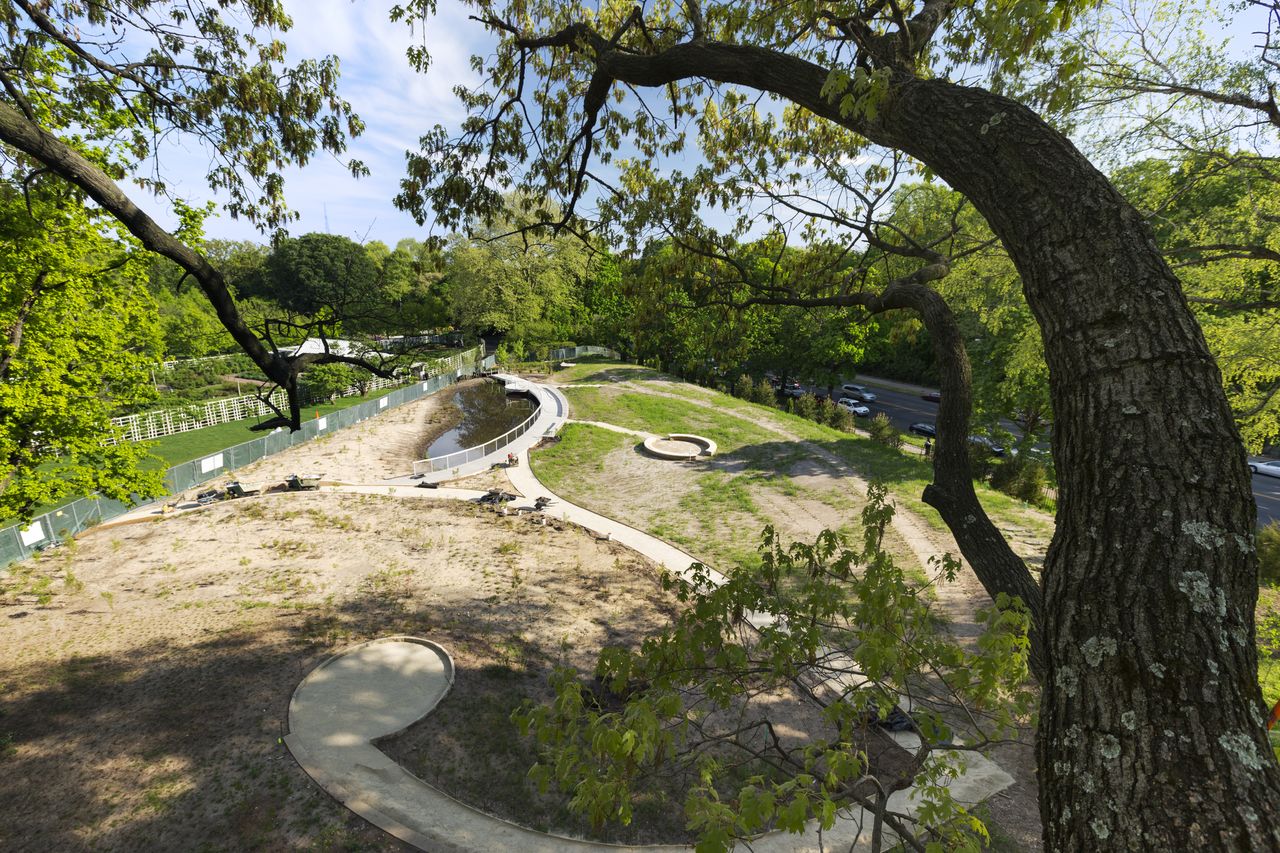 Of all the mighty oaks, blooming bushes and lush greenery at the Brooklyn Botanic Garden, right now Scot Medbury, BBG president, is proudest of a patch of pixie-moss. He has reason to celebrate its diminutive existence as the imperiled plant is one of 28 rare or endangered species that BBG  successfully scavenged from the wild for its new Native Flora Garden Expansion.

“You are not going to see that plant so easily anywhere else,” says Medbury of the pixie-moss. “It’s really quite cute.” 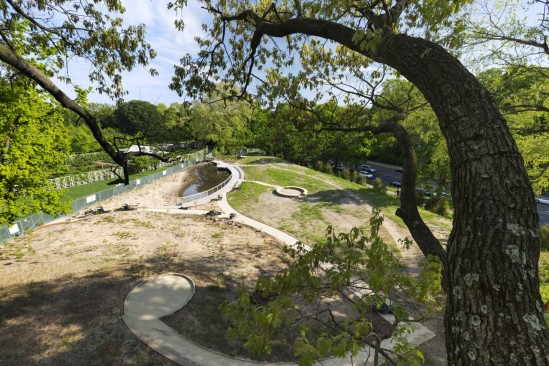 On June 12, the Brooklyn Botanic Garden opened its Native Flora Garden Expansion, one of four new gardens to open over the next four years. Photo: BBG

The one-acre extension to the BBG’s Native Flora Garden opened June 12 and was designed by Darrel Morrison who also designed landscapes for the Storm King Art Center. It’s populated with 15,000 new specimens of 150-plus plant species that were once prominent in the city, but have been displaced by urban growth. Seeds were wild-collected, using sustainable practices, from within a two-hour radius of New York City by horticulturists and botanists over the past four years.

“The hard part about it is finding enough of the plants to ethically collect seeds and knowing when the right time is to get the seeds when they’re ripe,” says Uli Lorimer, curator of the Native Flora Garden. “Often times I’ve tracked these things and got there a week late, so I’ve had to wait an entire year to try again.”

The north edge of the extension opens up from the Native Flora Garden, the oldest specialty garden at BBG, which was originally planted in 1911. The woodland area has grown thick with indigenous flora and fauna over the years–a hawk has taken up residence in the wooded sanctuary and been known to make a meal of the bunnies in its underbrush. A host of native plant species that no longer thrive in the original garden, due to lack of sunlight, will be reintroduced in the extension.

The landscape is still sparse, there’s not much above ankle height except for some tall (native) grasses. It will take several years for the plants to mature and for Morrison’s vision for the acreage to come to fruition, creating a seamless existence between the older garden and the new acre. The conservation value of the landscape though, is already apparent.

“It has such scientific and ecological integrity,” Medbury says. “This is founded in research and science and informed by natural areas and tons of field work.” 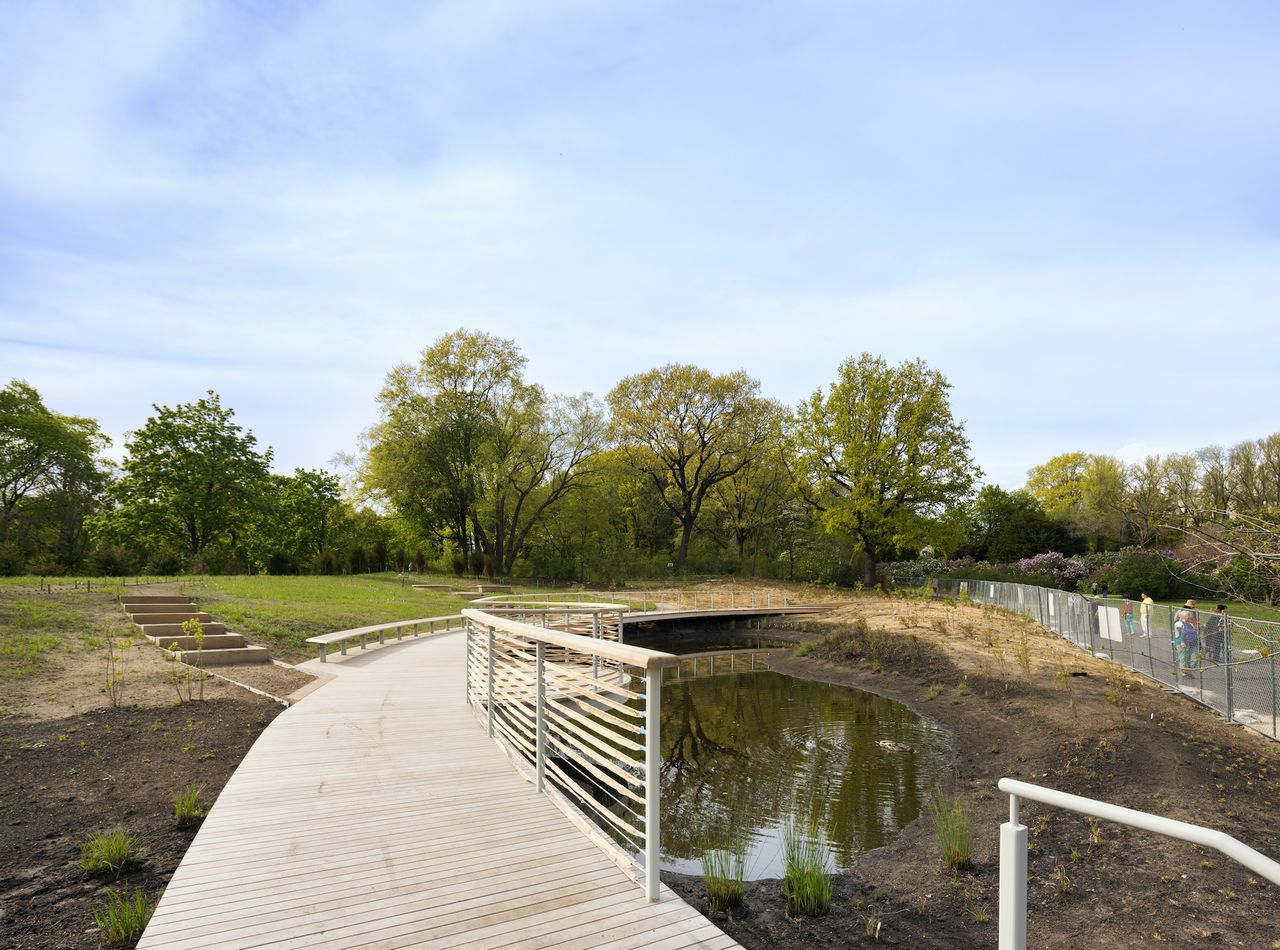 A boardwalk made of Atlantic white cedar wraps around a bog, which will serve as a vernal pond collecting rain water. Photo BBG.

Two pine barrens, one upland, containing pitch pines and scrub oaks, and one lowland, containing Atlantic white cedar, black gum and red maple trees, are among the extension’s most unique elements–they are modeled after ecosystems that naturally exist in southern New Jersey and eastern Long Island, and they are the only replications of their kind. A trapezoidal midland is planted with tall grasses and wildflowers, once prominent in places like Harlem and the Hempstead Plains (which have now dwindled down to 30 acres on Long Island). Morrison hand-scattered the seeds himself. Runoff drains down the extension to collect in a bog at the bottom where water-loving plants like lichens and moss are located. The bog is surrounded by an Atlantic-white-cedar boardwalk designed by SiteWorks Landscape Architecture.

It’s part of a $100 million improvement project at the garden that involves updating four acres of gardens, its public entrances and its visitor amenities, including a new visitor center on Washington Avenue.

“This is perhaps the most precious and special thing we have,” Medbury says. “It was absolutely visionary 103 years ago when the garden was founded. To bring this back to Brooklyn, and to interpret this for our citizens was amazing.”

Correction: An earlier version of the article stated that SiteWorks Landscape Architecture was the designer behind the High Line, Governors Island and Teardrop Park in Battery Park. James Corner Field Operations designed the High Line, Michael VanValkenburgh Associates designed Teardrop Park and the firm West 8 are the designers of Governor’s Island.