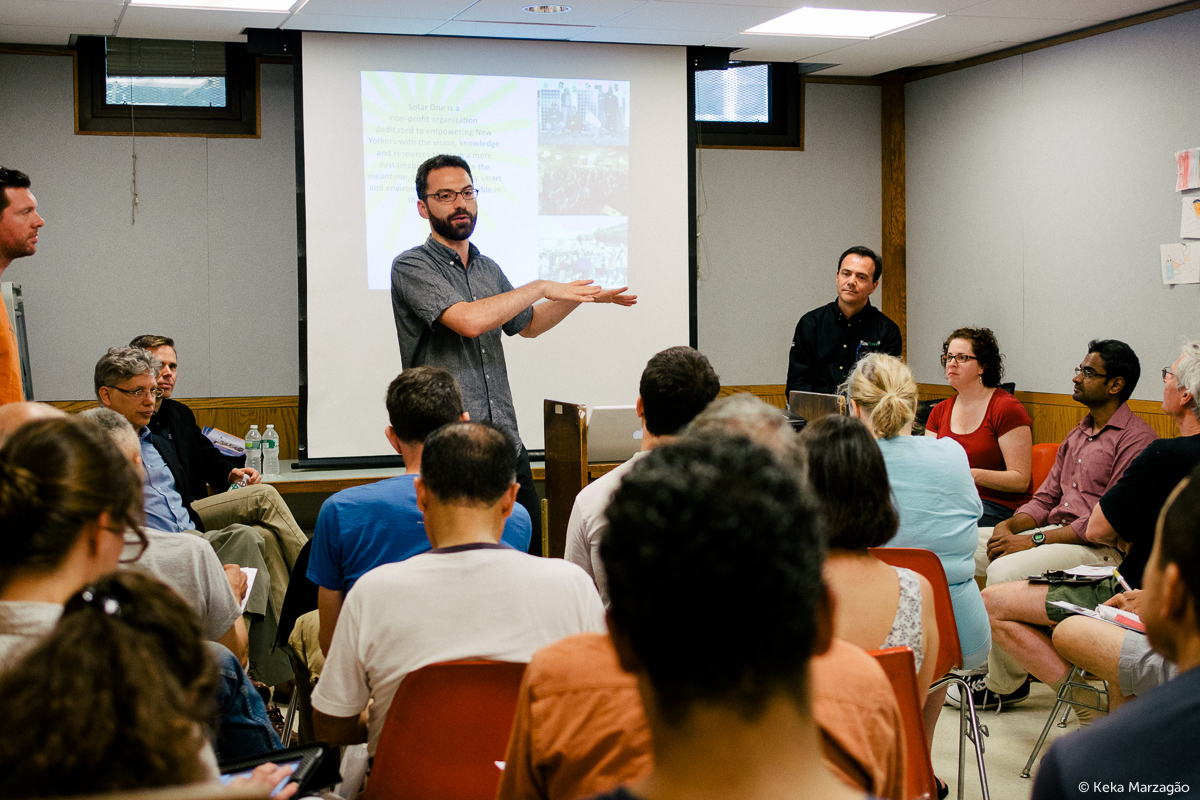 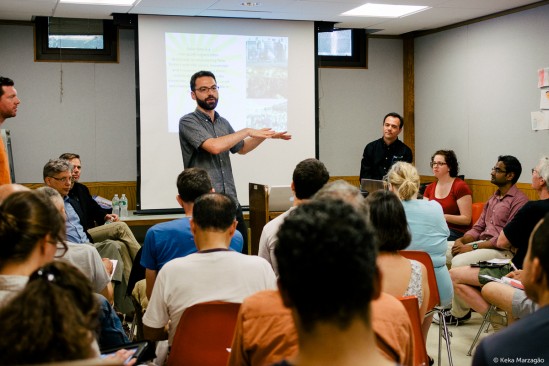 As a New Year’s resolution for 2013, Ellen Honigstock decided to install solar panels on the roof of her Windsor Terrace home. She had recently weatherized her building and wanted solar energy to be her next step toward a smaller carbon footprint and more cost-efficient energy.

“When you look around Brooklyn, there’s not a lot of solar,” she says. But when she asked her neighbors if they were interested in solar, she was surprised by the response. “I was just gonna do it on my own house, but I don’t mind doing some of the leg work for my neighbors, and when I put out a note to our local listserve, I got 37 responses,” she says.

After seeing how much interest her neighbors had in solar power, Honigstock, the director of construction education for the Urban Green Council and founder of Sustainable Kensington Windsor Terrace, an organization that educates community members on sustainable practices, partnered with Sustainable Flatbush to form Solarize Brooklyn, a grassroots effort to bring solar energy to the borough.

“The idea is to spread awareness among our neighbors that it’s not that hard to do solar, and it’s really cost effective,” Honigstock says. “I think it just seems like it’s so futuristic. And it’s not. It’s common technology; it’s not hard to install; but it’s technical, and in hour-and-a-half sessions, we explain the technology. It’s not like buying a dishwasher–it’s a little more complicated than that, but once you understand it, it’s not rocket science.”

Along with Solar One, a green energy, arts and education center, Solarize Brooklyn has educated interested residents of Kensington, Windsor Terrace and Flatbush about the benefits of solar through a series of informal education sessions, and encouraged building owners  to sign up for a free solar assessment to determine whether their property would be an appropriate location for solar panels. The final education session will be held on July 9 at the Flatbush Library (registration required) and the deadline to sign up for an assessment is July 15.

The organization has connected more than 200 Solarize Brooklyn participants with vetted solar-energy service providers, who will install systems for home and building owners who decide to move forward.

While installation costs can vary based on roof type, there is power in numbers.  Through Solarize Brooklyn, the cost to install solar panels on a typical rowhouse is around $10,000 after government rebates and tax credits, which is slightly below market rate, but the greater the participation, the greater the discount on installation for all Solarize Brooklyn participants. Once the systems are soaking up the sun, homeowners will see their electric bills drop to virtually zero (before a monthly service fee from the electric company) and will begin to bank energy credits on extremely sunny days. After about eight years, the savings will have paid for the start-up costs, and the system should last 30 to 40 years.

“Like anything else you do to your house, it’s an improvement and it has a payback period,” says Anne Pope, founder and director of Sustainable Flatbush. “The difference with energy-related improvements to your home, whether it’s increasing the energy efficiency or doing solar where you’re actually generating energy, [is] once that improvement has been paid for, you’re continuing to get a financial benefit from that. So it pays for itself, and it’s the gift that keeps on giving.”

Though this is the first community solar project in New York City, Honigstock and Pope were inspired by similar programs throughout the country, such as Solarize Portland, Solarize Mass and Solarize Madison in upstate New York, but they did have to “Brooklynize” the project to accommodate for flat roofs–expect to start seeing panels installed by this time next year.

“This part of Brooklyn did not particularly have a reputation for being green-minded,” Pope says. “I feel a certain amount of neighborhood pride [that] the first time that community solar is being done in New York City, it’s coming out of Flatbush and Windsor Terrace and Kensington and defying expectations a little bit. It will really be awesome to walk around this neighborhood and see solar panels all over the place and have us be the ones to set the pace for the rest of Brooklyn.”