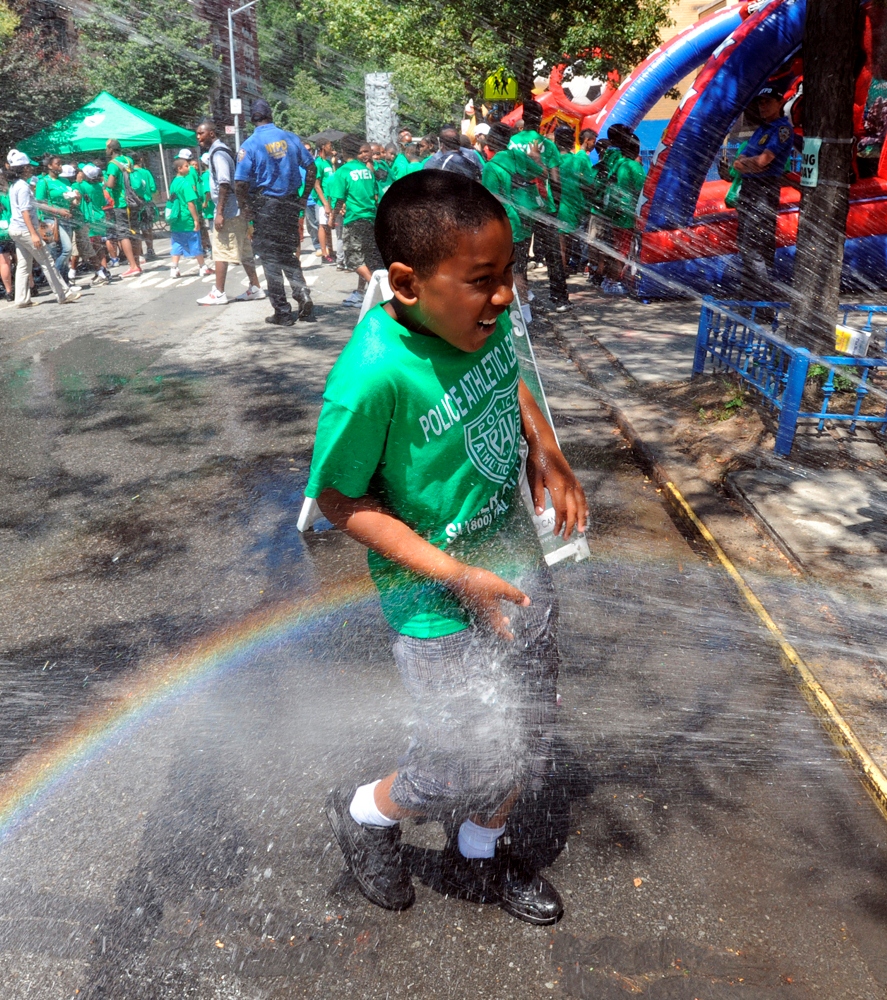 From July 8 through Aug. 23, the Police Athletic League is operating a free Playstreets Program for local children in various locations throughout Brooklyn. Photo: PAL

The lull between the Fourth of July and Labor Day can drag on at times–they don’t call it the dog days of summer for nothing. There are plenty of recreation programs offering free classes, everything from yoga to canoeing to volleyball, across Brooklyn for all age and experience levels this summer, and even a few that extend on into the fall and beyond. We’ve compiled a guide to outdoor classes and activities, as well as a few indoor options, too, so lace up your sneakers; check out the listings below or the Google Calendar we’ve created for you; and go get your sweat on doing something other than walking to the subway.

The Fulton Area Business Alliance has organized free dance, yoga, meditation and aerobics classes through the end of July. Classes are being conducted by some of the area’s best fitness centers, including The Shala yoga studio, Cumbe, Crunch Gym and the Mark Morris Dance Center. Class times are conveniently scheduled outside of work hours–typically taking place at 7:30am or 6:30pm during the week and 10am or 6pm on weekends, and the Clinton Hill location is close to the C and G trains. 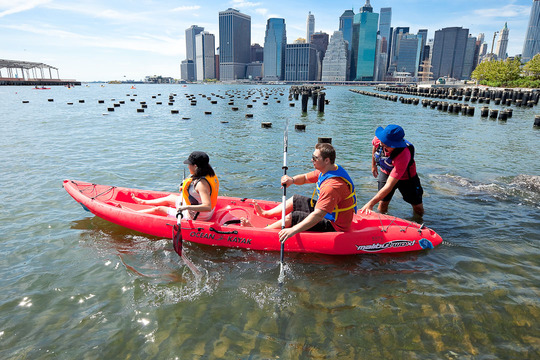 Free kayaking classes are offered twice a week on Thursdays and Saturdays until Aug. 31 at Brooklyn Bridge Park through its boathouse. Photo: BBP

The waterfront park in DUMBO is pretty much mecca for outdoor exercise and activities in the summer. Along with its seasonal music, film and literary programming, BBP also hosts a handful of free public recreation programs, including youth soccer leagues, volleyball, kayaking on Thursdays at 5:30pm or Saturdays at 10am both at Pier 2 dock; chess on Wednesdays at 6:30pm at Pier 1; and fitness classes–early morning yoga at 7:30am on Mondays at Pier 6; sunset pilates every Wednesdays at 7pm at Pier 5; zumba on Sundays at 4pm at Pier 1; and strength training on Mondays at 7pm at Pier 6. Most classes run now through Aug. 19, with some extending into September.

The city’s parks and recreation department oversees dozens of weekly fitness classes across all five boroughs, for all age groups, year round through its Shape Up NYC program, and in the summer months workouts get an added bonus of being outdoors on occasion  There are currently 36 classes being offered in Brooklyn every week–most take place indoors; however, there is an outdoor teen boot camp at Fort Greene Park from 10-11am on Tuesdays and a teen body conditioning class at Wingate Park on Saturdays from 9-10am. A full list of classes can be found here or on the calendar above.