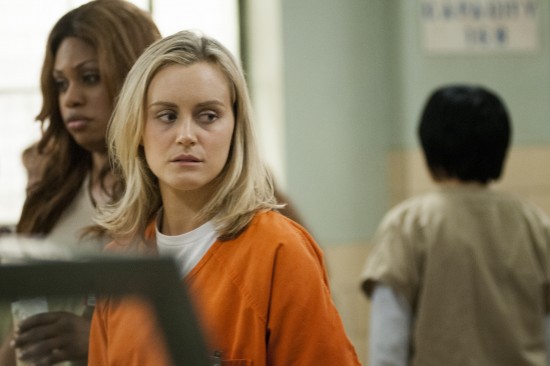 You chain watched all of Arrested Development a month ago. You’ve re-watched Breaking Bad and have August 11 marked on your calendar. You’ve dissected this season of Mad Men, gasped over Game of Thrones and caught up on everything from Nashville to NCIS.

You need some new television.

Orange is the New Black, all 13 bawdy, big-hearted episodes of it, is available on Netflix today. Based on Piper Kerman’s memoir of the same name, the series comes from Jenji Kohan, Weeds creator, and mark our words–this is going to be the breakout show for Netflix.

We interviewed Kerman, who lives in Brooklyn with her husband, Larry Smith, and their son, back in 2009 when her book came out. In her early 20s she transported money for a drug dealer who was also her girlfriend at the time, and nearly a decade later, she was indicted and sentenced to 15 months in prison, and spent a year in Danbury Federal Prison in Connecticut (yes, where Lauryn Hill is currently serving time for tax evasion).The memoir is lovely and fascinating–the kind of book that you can’t keep on your shelf because you’re always lending it out. 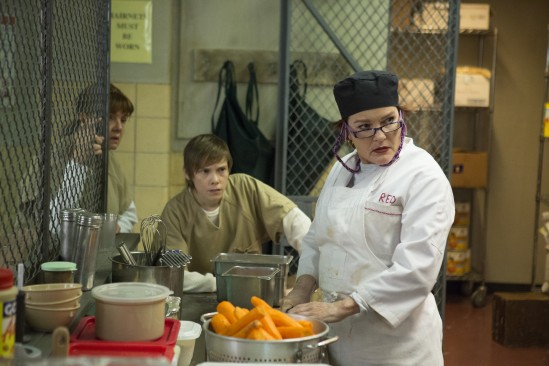 In the kitchen with Annie Golden, Abigail Savage and Kate Mulgrew on the set of “Orange is the New Black.” Photo: Netflix

As the executive consultant on the show, Kohan, the writers and the production designers came to Kerman with questions about everything from prison customs to the layout of the grounds. Kerman, who describes prison as, “an incredibly crowded crush of humanity,” praised the diversity of the show’s huge cast and the unsettling accuracy of the set. “The production design team did an amazing job with the physical design of the space,” she says. “The first time Larry and I went to visit the set, and I walked onto that film stage in Astoria, my stomach dropped.”

The biggest departure from the book is the addition of the backstories of the women who Kerman’s fictionalized self–Piper Chapman, played with a charming fish-out-of-water vulnerability by Taylor Schilling–meets on the inside. With nearly 50 speaking parts and a huge, diverse cast, Orange is the New Black may have more meaty roles for actresses than the rest of television combined. “It’s not just about me, or my character, it’s about this intersection, meeting all these women,” Kerman says. ” It’s about their own stories, finding their own agency, and struggling to figure it out as they do their time.”