We’re nearing that mid-summer mark, when heat advisories proliferate like mosquitos and the AC never seems to crank up to 11. But don’t despair. There are plenty of cool summer jams in this week’s mix of shows to battle the high temperatures.

Even though San Fermin’s self-titled debut won’t be out until Sept. 17, this project, helmed by Brooklyn composer and recent Yale grad Ellis Ludwig-Leone, has grabbed the attention of music journos in the know, including a personal favorite, All Songs Considered‘s Bob Boilen, who praised the band’s upcoming effort based on its live show prowess. With dual vocals reminiscent of Dirty Projectors and a booming orchestral crescendo, San Fermin’s catchy single Sonsick is enough for me to hang my hat on.

Q-Tip, one-third of Queens hip-hop game changer A Tribe Called Quest, found a home behind the turntables after the group disbanded, playing some of the hottest parties in Manhattan, most notably the dawn-breaking Friday night parties at Santos Party House. This Wednesday, Q-Tip’s latest party night, Offline, hops the river and lands at Williamsburg club Output for a weekly dance party, though the velvet rope policy maintains some of  Manhattan nightlife’s signature trappings: men are wise to arrive with women, and the elusive “dress to impress'”dress code is strictly enforced at the door. But once inside, you’ll be rewarded with Q-Tip’s eclectic blend of genres and decades, from Barry White to Lil Wayne.

Montreal-based singer Sean Nicholas Savage’s songs could be the soundtrack to a psychedelic trip, but are thankfully devoid of the extended instrumental interludes typical of psychedelia. Rather, they are hazy, sun-stroked harmonies washing over poppy, punctuated rhythms, with punchy keyboards perforating the surface like droplets of rain rippling the surface of a trembling lake. Don’t believe me? See for yourself. The one-man band plays Friday at 285 Kent Ave. 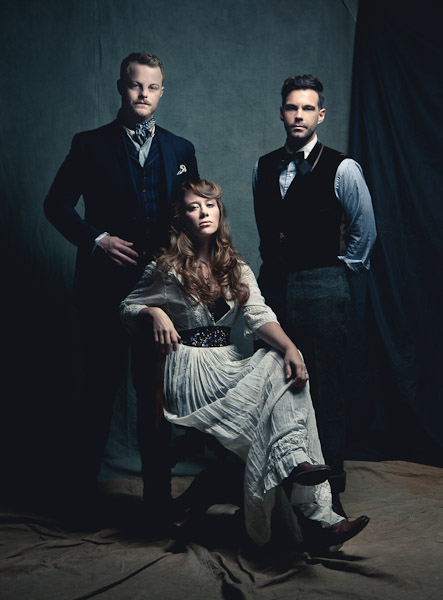 This week’s Celebrate Brooklyn! show is a night of folk Americana at its finest. Subdued acoustic act Joe Purdy has a quivering voice, marked by a sad sweetness reminiscent of Ray Lamontagne, while the Low Anthem brings haunting harmonies and wallowing horns to the stage, though the recent departure of clarinetist and vocalist Jocie Adams means the band is without her soft vocals. Brooklyn threesome the Lone Bellow, which formed at Dizzy’s Diner in Park Slope in 2010, has enough sing-along, fist-pumping energy to bring even the most heat-weary crowd to its feet, and could easily stand toe-to-toe with indie-folk royalty Mumford and Sons. This is a great night to bring a blanket and sit just outside the bandshell’s fence if you’re not up for long bathroom lines or concrete beneath your feet.

Okay, so Odd Future has had a few “moments” in the past few years, thanks in no small part to Frank Ocean‘s rising star. This young group of crass hip-hop visionaries has ascended from the small club scene to the Grammys, and their live shows are notoriously raucous and rowdy, but that doesn’t mean this weekend’s show at Williamsburg Park won’t be less than interesting. When Tyler, The Creator, co-founder and leader of the collective, is involved, something’s bound to hit the fan.